On May 10, the U.S. hiked tariffs on Chinese goods worth $200 billion from 10% to 25%, jeopardizing a trade deal currently being negotiated by the two countries. The Chinese government has vowed to take “necessary countermeasures.” If a full-blown trade war between the two countries becomes a reality, global cotton market may be one of the most susceptible sectors to bear the brunt.

Global cotton prices have plunged, hit by the effects of the U.S.-China trade conflict along with swelling American production.Apart from the global trade concerns, a likely bumper crop in the US amid conducive weather in the key growing region of Texas, is also proving bearish for cotton prices in the US.The impact of the market trends is reverberating outside the U.S. and China, disruption long established trade cycles across the globe.

China accounts for one-third of global cotton consumption, importing the material from the U.S. and Brazil. The U.S., for its part, ranks third among raw cotton producers behind India and China, and is the top exporter of the material. The rising tensions between two super powers that depend on each other in the cotton trade are pressuring global prices and could cause upheaval in the garment business.

While India has been a beneficiary to the generalised system of preference (GSP) benefits provided so far by the US government, the benefit has now been withdrawn. However, the impact of the withdrawal on India’s textile industryis estimated to be modest as less than 1% of India’s apparel exports were receiving GSP benefits. On another front, textile exporters in India are optimistic that the additional tariff of 25 per cent imposed by the US on China as part of the on-going trade conflict between the two has opened up opportunities to increase their share in the American market.According to a recent study by the Confederation of Indian Textile Industry (CITI), the list of notified $ 200 billion imports from China on which additional tariff imposed by the US places Indian textile exporters at an advantageous position. Of the $200 billion of imports from China, textile items comprise just $ 3.9 billion of the value, but it still provides enough scope to exporters in India. The segments that have increased opportunities for Indian exporters include silk, wool, cotton, other vegetable fibres, man-made filaments, man-made stable fibres, floor coverings, non-woven cordage, special woven fabrics, knitted fabrics and coated and industrial fabrics. However, to reap these benefits, a proactive and supportive policy regime that encourages cotton and textiles exports, is necessary.

Meanwhile, taking a cue from global markets, domestic cotton prices initially declined by almost 6 per cent during first two weeks in the month of May. However, the prices have not seen a steep fall as the government agency, Cotton Corporation of India, was holding over 9 lakh tonne bales of cotton while ginning factories have more than 27 to 28 lakh tonne bales. Moreover, people holding the stock were reportedly not ready to sell due to shortage in the domestic market, exerting some upward pressure on cotton prices. THE PRICES OF COTTON YARN MIGHT INCREASE IN SOUTH INDIA 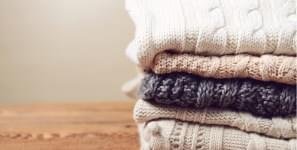