According to industry officials, India’s $200 billion textile and garment sector is in crisis as consumers in the United States, Europe, and other major countries have reduced clothing purchases in response to a spike in inflation following the conflict in Ukraine.

The textile industry is a striking exception to the otherwise healthy and thriving economy, and orders indicate that the downturn will last well into 2023, increasing the possibility of layoffs in a sector that employs more than 45 million people.

About 22% of the industry’s revenue comes from exports, which have decreased for five consecutive months. In November, they fell over 15% year over year to $3.1 billion. Due to high costs and low-quality imported clothing, domestic sales are weak despite the broader economy’s good development, according to producers.

The bombshell comes as the government of Prime Minister Narendra Modi tries to find employment for the millions of young people who enter the workforce each year.

Global retail sales of clothes have been negatively impacted by high inflation and low consumer confidence after 18 months of strong growth through mid-2022, and the outlook for 2023 is bleak, according to a McKinsey analysis released last month.

Despite strong development elsewhere, India’s manufacturing sector, which accounts for 16% of GDP, has been hurt by rising raw material costs and poor demand. While the entire economy gained 6.3% in the first half of the current April-March fiscal year, supported by agriculture and services, manufacturing did not show any signs of improvement.

As businesses struggle to pass on higher input costs, textile producers have also been impacted, along with producers of footwear, furniture, electronics, and electricals. Consumer spending on these products has decreased as they spend more on food and fuel.

Manufacturers in the textile sector claim that increasing local cotton prices and other costs have reduced profit margins, while domestic demand is still poor and international orders for next summer are down by around one-third.

“We see difficult times at least for the next six months as orders from major markets including the EU and the USA have come down substantially,” said Naren Goenka, chairman, Apparel Export Promotion Council, citing inflation and global headwinds hitting domestic sales as well.

Sahid Khan, a garments manufacturer in Ahmedabad, the textile hub in Modi’s home state of Gujarat, said despite a fall in cotton prices by about 40% from record highs hit in 2022, profit margins were down due to lower sales in the domestic market.

“Interest rates on bank loans have gone up along with labour costs, but my sales are down,” he said adding that domestic cotton prices remained high compared to global prices, and manufacturers were unable to compete with cheap imports from Bangladesh.

“The government needs to scrap the 11% import duty on cotton so local textile mills can have a level playing field,” Ganatra said. “This will allow mills to have options to import cotton from overseas which is nearly 10 cents per pound cheaper than local supplies.”

Leading textile firms’ shares have fallen 20% to 40% this year, while the benchmark Nifty has increased by more than 7%. These companies include Arvind Ltd., Vardhman Textiles, Trident, and Nahar Spinning Mills.

To combat the crisis, the industry has called for the duty-free importation of cotton, a bank loan interest subsidy, and an increase in production-related incentives.

A government official with firsthand knowledge of the situation who spoke on condition of anonymity because he was not authorised to speak to the media said that the government might shortly evaluate the demands and that an announcement is probably in the yearly budget coming in February. 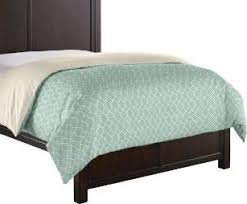