According to a new market research report “PU sole (Footwear Polyurethane) Market by Raw Material (Methylene Diphenyl Diisocyanate, Toluene Diphenyl Diisocyanate, and Polyols), Application ( Casuals, Boots, Slippers & Sandals, Sports and Formals), and Region – Global Forecast to 2024″, The PU sole (footwear polyurethane) market size is estimated to be USD 4.2 billion in 2019 and projected to reach USD 5.9 billion, by 2024, at a CAGR of 7.6%. The use of polyurethane in footwear offers superior properties, such as high mechanical strength, which makes shoes robust and durable. It can be used for different types of shoes, such as sports, casuals, slippers & sandals, boots, and formals. The key drivers of the market are the superior properties of polyurethane as a shoe sole material and the increasing sale and production of footwear.

This report also provides a comprehensive analysis of the companies listed below:

The casuals segment is projected to be the largest footwear in the overall PU sole (footwear polyurethane) market. The large market size for this segment is attributed to consumer preference for casuals in the developing economies because casual footwear offers a wide range of performance for outdoor activities. Loafers, sneakers and flats are some of the types of casual footwear available in the market.

Methylene diphenyl diisocyanate (MDI) is a raw material for PU sole (footwear polyurethane). MDI is the most widely-used aromatic diisocyanate in footwear polyurethane, which primarily exists in three isomers, namely 2,2- MDI, 2,4-MDI, and 4,4-MDI. 4,4’-MDI isomer is used in shoe sole formulation. In order to make polyurethane for footwear, MDI is reacted with polyols in the presence of other additives. MDI-based polyurethanes have applications in compact outsoles and unit soles. The properties of methylene diphenyl diisocyanate (MDI), such as high degree of stiffness and resilience is expected to drive the market for this segment.

BASF (Germany) is a chemical company having presence in more than 80 countries. The company operates through six business segments, namely, chemicals, performance products, functional materials & solutions, agricultural solutions, and oil & gas. It has 13 operating divisions and 86 strategic business units. In January 2018, BASF established a new MDI synthesis unit in Geismar, Louisiana. The annual capacity of MDI production of the production facility will increase from 300,000 metric tons to 600,000 metric tons. This expansion enabled the company to enhance its presence in North America.

Covestro (Germany) manufactures high-tech polymer materials and also develops many other consumer products. The company operates through three major business segments, namely, polyurethanes; polycarbonates; and coatings, adhesives, and specialty. In June 2018, the company increased its Thermoplastic Polyurethane (TPU) production capacity at its West Virginia (US) plant. This expansion will increase Covestros annual production capacity of TPU by 25.0%, which in turn, will help the company to expand its footprint, globally.

Request for Customization of this Research Report:
https://www.marketsandmarkets.com/requestCustomizationNew.asp?id=141590067

APAC is estimated to be the largest and the fastest-growing market for PU sole (footwear polyurethane). The high growth rate of the market in the region is due to the increased production of footwear  in countries, such as China, India, Indonesia, and Vietnam. China is projected to be the largest market for PU sole (footwear polyurethane) in the APAC region. Indonesia is estimated to be the fastest-growing market in the region as well as globally. The regional demand is expected to increase during the forecast period, owing to growing population and consumer spending. China is the leading manufacturer and consumer of footwear in APAC. The high demand for sports and casual footwear is expected to drive the demand for PU sole (footwear polyurethane) in the region. 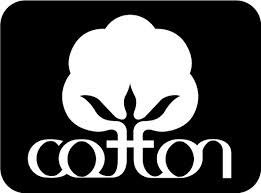