Yarn export recovers in June, but still down 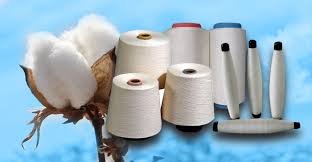 In June, basic textiles comprising fibres, spun and filament yarns shipment surged 28-39% YoY, both in terms of US$ and INR worth US$504 million or INR3,770 crore, accounting for about 2.3% of total merchandise exported from India during the month. The sharp rebound was mainly due to the lifting of nationwide lockdown and exporters rushing to fulfil their past commitments after some restrictions were lifted in May.  The surge is also attributed to a low base of June 2019, wherein exports had suffered due to certain global trend and trade war between US and China.

On a cumulative basis, exports were still down 30-36% in Q1 2020-21, compared with Q1 of 2019-20. The first two months were under restrict lockdown and production suffered as a result. Globally, most markets were under restrictions, hence orders were either cancelled or postponed.

Spun yarns shipment totaled 121 million kg worth US$303 million or INR2,268 crore. They were 49% higher than June 2019 in terms of volume and 23% up in terms of US$. Bangladesh was the largest market for spun yarns in June with value up 147%, followed by China (195%) and Turkey (36%). These three markets accounted for more than 55% to total yarn shipment during the month.

Cotton yarn export was 102 million kg worth US$254 million (INR1,900 crore). These were shipped to 68 countries at an average price of US$2.49 a kg, down US cents 14 from previous month and US cents 70 from a year ago. China was the top cotton yarn market, followed by Bangladesh, Vietnam, Turkey and Portugal. A lower price helped boost export during the month. Volume was up 79% while value in US$ increased 40%.

100% man-made fibre yarns exports of 7.31 million kg, comprised 2.76 million kg of viscose yarn, 2.61 million kg of polyester yarn and 1.85 million kg of acrylic yarn. Viscose yarn export was worth US$7 million or INR52 at an average price of US$2.53 per kg in June to 29 countries. Iran was the largest market followed by Bangladesh. Polyester spun yarns export was worth US$5.54 million and exported to 49 countries at average unit price of US$2.12 a kg. Brazil was the largest importer of polyester yarn, followed by Turley and USA.

All kinds of filament yarns shipment totaled 44 million kg, valued at US$56 million or INR416 crore. Nylon and polypropylene filaments exports showed strong increases in June while viscose showed sharp decline (67%). Polyester filaments export was down 38% during the month.

Cotton fibre shipment in June was at 480 thousand bales worth INR829 crore or US$111 million. This takes the total export to 46 lakh bales worth US$1,221 million in the first nine months of 2019-20 marketing season. Bangladesh was the largest market for Indian cotton export during June, followed by China and Vietnam.

Export price realisation averaged INR101 a kg or US cents 61.50 per pound during June. This was lower compared to Cotlook A index, the global spot price benchmark and higher than domestic spot price for benchmark Gujarat Shankar-6. During the month, Cotlook averaged US$68.44 per pound and Shankar-6 at US cents 59.12 per pound, making Indian cotton more competitive in global market.