According to a new market research report, the “Green Hydrogen Market by Technology (Alkaline and PEM), Renewable Source (Wind, Solar, Geothermal, Hydropower, and Hybrid of Wind & Solar), End-Use Industry (Mobility, Power, Chemical, Industrial, Grid Injection), and Region – Global Forecast to 2027“,  is projected to grow from USD 676 million in 2022 to USD 7,314 million by 2027, at a CAGR of 61.0% during the forecasted period. Factors such as lowering cost of producing renewable energy by all sources, development of electrolysis technologies and high demand from FCEVs and power industry are expected to drive the markets growth during the forecast period.

This report also provides a comprehensive analysis of the companies listed below:

COVID-19 had a stagnating effect on the green hydrogen market. Projects under development continued to gather investments. Many European and Asian countries have continued to announce new projects and feasibility studies with different technologies. The major impact of COVID-19 in the green hydrogen market was that it delayed the projects as the supplies for raw materials got disrupted due to lockdowns. The market for green hydrogen has finally reached the pre-commercialization level and is ready to play a vital role in decarbonizing the planet.

Europe is expected to account for the largest share in the green hydrogen market during the forecast period.

Europe is the largest market for green hydrogen globally. Currently, less than 2% of Europe’s energy consumption comes from hydrogen. The European Green Deal aims at reducing greenhouse gas emissions and preparing Europe’s industry for a climate-neutral economy. In July 2020, the European Commission published the EU hydrogen strategy. It was designed with a phased approach, and its goal is to increase hydrogen shares from less than 2% up to 13%-14% by 2050. The priority is to develop clean, renewable hydrogen with cumulative investments between Euro 180 and Euro 470 billion in Europe by 2050. A green hydrogen economy will also create 1 million new jobs for highly qualified personnel in Europe by 2030 and up to 5.4 million by 2050. The European Clean Hydrogen Alliance was also announced as part of the new industrial strategy for Europe in March 2020 and launched on 8 July 2020, at the same time as the EU hydrogen strategy. Major automotive manufacturers in the European region, such as Porsche, Ducati, BMW, and Audi, are focusing on the downsizing concept of car engines and manufacturing lightweight and fuel-efficient engines, which will also drive up the growth of the green hydrogen market. 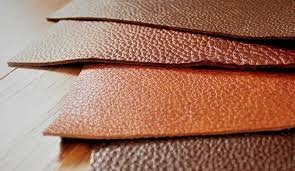 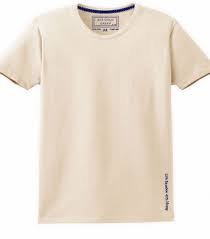 T-shirt Made from Hemp and Tencel by AceGoldGreen label