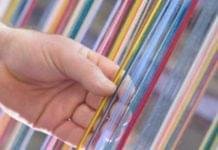 Cotton prices in India continued to reduce in August 2019, mainly due to a fall in international prices, according to India Ratings and Research (Ind-Ra), which recently published the August 2019 edition of its credit news digest on India’s textile sector. The agency expects the prices to fall further as global production is likely to be higher than demand growth.

The report highlights the trends in the sub-segments of the textile sector, including cotton, man-made fibres, yarns, fabric with a focus on commodity prices, imports-exports, production and recent rating actions.With the minimum support prices for Indian cotton being higher than international prices, cotton imports are rising. Till 31 August this year, the import of cotton was 2.3 million bales, up 0.8 million bales more than that recorded in the previous cotton season. This would further reduce domestic cotton prices, according to a press release from Ind-Ra.

Cotton yarn continues to see reduced exports owing to the low demand of yarn and increased competition. Exports fell by 40 per cent month-on-month (MoM) during July 2019, majorly due to the 80 per cent year-on-year (YoY) fall in demand from China. China has entered the second phase of free trade agreement with Pakistan on goods worth $64 billion, of which cotton yarn directly competes with India’s.

Man-made fibres saw the second consecutive month of stabilisation on stable crude prices in August 2019; however, the instability in prices in September 2019 with the attack on refinery of Aramco, Saudi Arabia, created pressure on margins of synthetic fibres for some time. The prices have corrected by 20 per cent subsequently with the positive news of fast recovery of the attacked sites.

Apparel exports are seeing a moderate recovery with the stabilising demand from the United States. The US-China trade war seems to have no major impact as the apparel exported by China for July 2019 were 35 per cent higher than those in the previous month. India is yet to see the benefit in the trade war, as only a 10 per cent MoM increase in exports was recorded in July.

Capital expenditure in textiles has been majorly to replace machines with new technologies and add premium/niche products in the existing line-up. Outstanding projects have outpaced the completed ones, owing to muted demand, volatility in cotton prices and the US-China trade war. The Future OF Denim COUNTRY WISE RMG EXPORT FOR THE PERIOD OF JULY-APRIL, FY2021-22