Cotton prices in India surged by 7-10 per cent month on month (MoM) during January this year, led by a strong export demand for cotton yarn, according to the January 2021 edition of the credit news digest on India’s textile sector published by India Ratings and Research (Ind-Ra).

International prices rose by 13-17 per cent year on year (YoY), led by a buoyant China demand for US cotton, which is having a rub-off effect on cheaper Indian cotton prices.

The Committee on Cotton Production and Consumption’s estimation for the current season cotton crop is 28.96 million bales, 3 per cent higher than Cotton Association of India’s estimates.

During January, cotton arrivals rose by 4 per cent year on year; however these remained lower by 12 per cent MoM on account of lower procurements by Cotton Corporation of India (CCI). Furthermore, CCI procured 17.6 per cent of the available cotton as against over 50 per cent in December 2020, as cotton prices were above the minimum support price.

During the current cotton season till January 2021, CCI procured almost 40 per cent of cotton arrivals from wholesale markets.

Domestic yarn production increased in January, led by a strong export and moderate domestic demand during December 2020. While yarn production was substantially lower on a YoY basis up to the eighth month of fiscal 2020-21, exports increased by higher single digits YoY due to a healthy demand from neighbouring countries.

China’s demand for Indian yarn resumed to pre-COVID levels during November-December 2020, as against a volume drop from Bangladesh and Vietnam during same period. During January, cotton yarn prices increased 15 per cent MoM and 30 per cent YoY, resulting in higher gross margins.

The higher cotton yarn demand is attributed to the global supply curbs on Xinjiang region cotton, which is benefitting Indian domestic spinners. While exports are likely to moderate during January-February 2021 with likely shutdown of mills ahead of Chinese New Year, demand resumption is likely by March 2021.

During November 2020, viscose fibre players’ production levels grew by 3 per cent sequentially; however, spun and texturised yarns production levels declined 8 per cent YoY and 1.3 per cent YoY. However, Ind-Ra expects man-made fibre (MMF) players to have recorded above-par levels in the third quarter of this fiscal on back of the pent-up and festive demand, which is likely to sustain over the fourth quarter.

Fibre prices continued their upward momentum in January, led by a strong 7.4 per cent MoM increase in crude prices. The cotton to polyester staple fibre spread increased marginally in January on a MoM basis and was at all-time high levels, supporting the likely switch in demand from cotton to MMF.

Furthermore, polyester staple fibre exports volume declined by 23 per cent MoM during November last year, on back of the second COVID-19 wave in the United States.

The blended fabrics production rose by 8 per cent YoY in November 2020, led by the festive and marriage season demand coupled with the re-opening of office spaces.

Apparel exports declined in December 2020, after recovering over September-November 2020 on a YoY basis due to the impact of a second wave of COVID-19 in the United States and Europe. This would also impact the near-term order book position of ready-made garment exporters for the upcoming fashion season.

During November, knitted apparels volumes remained stagnant with realisations gaining by high single digit YoY basis; on the contrary, woven apparels volumes increased by 8.2 per cent and realisations fell substantially YoY basis. During 2020, India’s exports to the United States fell 20-25 per cent YoY in both volume and value terms.

Home hygiene ergonomics continued to push the wellness products demand during the third quarter of the current fiscal, leading to a 20-30 per cent YoY rise in the top line for home textile exporters, Ind-Ra added. WHY DESIGN IS IMPORTANT AT THE GRASSROOTS LEVEL? Indian Textile Industry Should Diversify; Dependency Only On Cotton Not Healthy 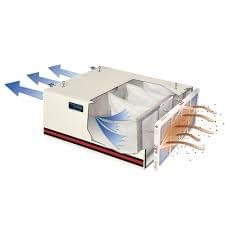