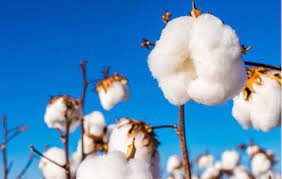 With cotton prices breaching the Rs 100,000 per candy mark, the entire textile value chain is in the throes of a grim financial crisis, compounded by dismal export demand and production cuts at every level. Not only smaller units, even bigger players are feeling the heat of increasing cost of important raw materials. Even the government’s decision to abolish import duty on cotton has not provided the much-needed reprieve to the ailing textile industry, the second biggest employment generator after the agriculture sector.

“Textile companies are bleeding due to the steep rise in cotton prices. There is production cut all across. They are finding it difficult to match retail rates in proportion to high cotton prices. We want the government to intervene to curb the relentless bullish trend in cotton,” says ChintanThaker, president, Welspun Group. Thaker said that bigger companies like Welspun have no choice but to continue production activities in order to fulfill long-term orders of their international clients. Welspun’s textile units in Gujarat are running at 60% capacity. “If the current situation prevails for a longer period of time, there would be further production cuts,” Thaker warned.

“Nearly 25-odd denim makers in Gujarat have curtailed production, ranging from 25% to 50%,” says Ashish Shah, MD of Ahmedabad-based Aarvee Denims and Exports. Most of the denim producers are suffering losses as it is not possible to balance cotton and other raw material prices with finished products, says Shah. Aarvee Denims too is witnessing a 50% production cut

Spinning units are the biggest sufferers of inflated cotton prices, claims GautamDhamsania, secretary, Spinners Association of Gujarat (SAG). “Procurement of cotton from spinning mills has gone down by 50% over the past one month. Exports demand for cotton yarn is weak,” hereveals.Dhamsania says that of the 120 spinning mills in Gujarat, five-six have closed operations and another half a dozen have shifted to polyester and viscose yarn making. The rest have reduced production and working hours, he lamented. Saurin Parikh, president of SAG, attributes the current unrealistically high prices of cotton to future trading on commodity exchanges, coupled with stock piling in large quantities by a handful of multinational companies. He proposes that the government should put a stock limit on cotton to curtail increasing prices.

“A large quantity of grey fabric comes from Tamil Nadu to Gujarat for processing. With weavers in Tamil Nadu having reduced production by 50% due to increased prices of cotton yarn, processors in Gujarat are not getting fresh processing job orders from the southern state,” says Naresh Sharma, president Ahmedabad Textile Processors’ Association.

Apart from knitted cotton yarns, there has been less demand for polyester and viscose-knitted yarns also from Tamil Nadu since the past fortnight, says DevKishanMangani, former president of Surat Textile Traders Association (STTA). The Tirupur cluster is mainly sourcing knitting yarns from Surat and Ludhiana.

The price rise in cotton and cotton yarn has hit the Tirupur garment-export cluster badly. Knitwear exporters feel they would find the going difficult, if the problem is not addressed immediately. They are waiting for the outcome of the proposed meeting of Union commerce minister PiyushGoyal with textile stakeholders scheduled for next Tuesday. Asia’s largest knitwear cluster is observing a two-day strike from Monday in protest against high yarn prices over a period of one year.

“This would be a peaceful strike. There won’t be any dharna or protest march. All the units in the cluster will remain closed for two days. Our aim is to draw the attention of the authorities and seek a solution from the prevailing situation,” said Raja M Shanmugham, president, Tirupur Exporters’ Association (TEA).

The TEA has also sought assistance from all leading banks to tide over the financial crisis faced by the knitwear exporters, mostly small units, which are reeling under the burden of unprecedentedly high yarn prices. It has asked banks to handhold the exporters and provide ample financial assistance. The TEA has also sought fresh infusion of liquidity schemes like ECLGS. It wants MSMEs to be permitted to avail additional credit facilities of 10-20% of the existing limit.