China has been a major buyer of Indian cotton yarn for long, accounting for more than one-third of total shipment. Of late, its share has dwindled to less than one-fifth, a level very occasionally seen in last three years. In July, cotton yarn shipment was just 12 million kgs slightly up from 10 million kgs in June. In terms of values, exports were worth US$28 million in June and US$31 million in July. In the entire fiscal year of 2018-19, the average monthly value of export was US$34 million. The same was US$27 million in 2017-18 and US$32 million in 2016-17. So just around US$10-12 million is an alarming situation.

The recent slide can be attributed to overall macroeconomic conditions globally, falling manufacturing sector in China, and most crucial the US-China trade war. The war has been wagging since early 2018 and has competed more than one-year. But textiles were not part of this tariff war from the US side, but the latest list which imposes 10% tariff on Chinese goods now includes textiles via clothing and footwear, among others. So going forward for textile industry in China is even more alarming.

On textile front, China has started sourcing more yarn from Vietnam, who in turn, is one of the major importer of Indian cotton. The other factor is duty free access given for import of cotton yarn by China to countries like Pakistan and Vietnam from 1 April 2019. Thus, the fall in May and June is partly the result of the duty free arrangement. In April 2019, India’s shipment of cotton yarn was more than 40 million kgs, but those were booked before 1 April.

On the other hand, India majorly produces and exports 30s count, of which only 10% goes to China. And this proportion has been stable for many months now. So there appears a miss match between counts required by China and those in supply.

The other counts which largely goes to China are 21s and 16s. Of the former (21s), almost all goes to China while of the latter (16s), it was 70-75% going to China a few months ago, which is now down to around 50%. Since these are coarser counts, and Pakistan has large capacity of spinning them, it is possible that China may have turned to Pakistan for these counts. China has given duty free access for import of cotton yarn to countries like Pakistan and Vietnam from 1 April 2019. And to coincide, sharp decline is seen from May this year. 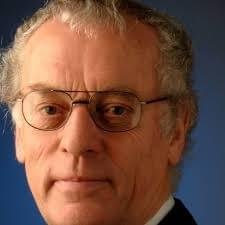 Green fashion- Not only the survival of society, the business too…