SELF CLEANING OF TEXTILES SELF CLEANING OF TEXTILES

Self-cleaning fabric has massive potential for improvement of products not only in clothing industry but also in health industry due to time, material, energy reduction and consequently cost-efficiency during production.

Self-cleaning concept has attained remarkable interest because of their distinctive features and wide range of possible applications in various fields. As well as increasing the demand for sanitary, self-disinfecting and contamination free surfaces, interest in self-cleaning protective materials and surfaces has developed rapidly throughout the years since it has high potential as commercial product, which is able to meet the market demands globally. There are numerous materials that utilised the self-cleaning technology including interior applications such as fabrics, furnishing materials, window glasses, and outdoor construction materials such as roof tiles, car mirrors, and solar panels.

The self-cleaning theory was instigated from nature phenomenon which can be noticed on leaves of lotus plant, rice plant, butterfly wings, fish scales, etc. For lotus leaf, it is a type of plant which grows in mud without let the mud affect the purity of the plant. The waxy surfaces of the lotus leaves combined with the presence of microscopic structures result in an extremely hydrophobic surface. In 1997, the investigation of the self-cleaning ability of the plant leaves surface was done by Barthlott.Although discovered already in the 1970s, Barthlott and his team in the 1990s identified the reason for the self-cleaning properties and named it the ‘Lotus Effect’. It is based on the specific properties of micro- and nano structured super hydrophobic surfaces, which are always completely cleaned by rainfall: the contact area of water and dirt particles is largely minimised by the double structured surface. This in combination with hydrophobic chemistry results in extremely high contact angles that let water drops roll off at the slightest inclination, in so doing, taking up all adherent particles and removing them, leaving behind a clean and dry surface.

Generally, all kinds of particles are always removed entirely from water-repellent leaves when exposed to natural or artificial rain, as long as the surface waxes are not destroyed. The dirt particles that deposited on the waxy surface of the leaves are generally larger than the microstructure of the surface of the leaf. Hence, deposited on the tips, which results in the minimizing of the interfacial area between both surfaces. In the case of a water droplet rolling over a particle, the surface area of the droplet exposed to air is reduced and energy through adsorption is gained. The particle is removed from the droplet’s surface only if a stronger force overcomes the adhesion between particle and water droplets. Due to the very small interfacial area between particle and rough surface, adhesion is minimized. Therefore, the particle is ‘captured’ by the water droplet and removed from the surface. This phenomenon is called “Lotus effect”.Self-cleaning textile means the textile surface which can be cleaned itself without using any laundering action. Now a days peoples are very busy in their work that they do not have time for clean their daily wear cloths also people who are working in kitchens having headache to wash their garments. Also, military peoples have to survive in such drastic condition that they cannot wash their cloths.

There are two principal ways of self-cleaning materials, namely hydrophobicity and hydrophilicity. Both types of coating clean themselves with the action of water by rolling droplets for hydrophobic and sheeting water for hydrophilic that carries dirt away. Nevertheless, hydrophilic have an additional property, which can chemically break down the adsorbed dirt in sunlight through the help of photocatalyst which also known as hydrophilic photocatalytic coating.

The “Lotus Effect” was applied in this super hydrophobic mechanism. The lotus plant cleans itself by having superhydrophobic leaf which consists of microscopic bumps all across the leaf’s surface that play the important part to its water-repelling properties. A rough coating of nanoscopic wax crystals on these bumps further increases the effect. It allows the water droplets rolls across and removes dirt away. The water and the dirt have more affinity each other than the surface. Scientists have created a superhydrophobic polymer structure by directly replicating the surface of a lotus leaf. Poly (dimethysiloxane) (PDMS) was used to replicate the lotus leaf structure. The leaf was used as a template to cast a complementary PDMS layer. An anti-stick layer was added to the PDMS, which was then used as negative template for a second PDMS casting step. The second PDMS layer was then a positive image of the lotus leaf. The complex lotus surface patterns are transferred with high fidelity. The artificial PDMS lotus leaf has the same water contact angles and very low water roll-off angle as the natural lotus.

Photocatalytic Process is the acceleration of photoreaction in the presence of catalyst. This process will decompose the dirt molecules by utilize the sunlight. By utilizing the photoreaction induced by photocatalyst, the organic contaminants will be degraded into air and water. The mechanism of photocatalytic reaction begins when a photocatalyst is irradiated by light, usually ultraviolet light. Titanium Dioxide (TiO2) Titanium dioxide (TiO2) is a semiconductor material that acts as photocatalyst and has been proved to be an excellent catalyst in the photo degradation of colorants and other organic pollutants. It is widely used because of its various advantages, such as, non-toxicity, availability, cost effectiveness, chemical stability and favourable physical and chemical properties.

TiO2 is used in paint and cosmetics as pigment and as a food-additive. It is also used in anti-pollution applications and for water purification.

Currently, TiO2 is used for self-cleaning surfaces and has now emerged into commercial products ranging from kitchen and bathroom ceramic tiles and fabrics, to indoor air filter and window glass section. Textile Scientists investigated the self-cleaning properties of cotton fabrics finished with nano-TiO2 and nano-TiO2 mixed with fumed silica. The self-cleaning effect was stronger for samples coated with higher TiO2 concentrations. Mostly, the finished samples appeared clean after one wash whereas the untreated fabrics required repeated washing.Nano technology provides a new concept self-cleaning textiles which gives self-cleaning as well as fresh cloths every day, this not only technically benefited but techno economically also benefited. In many applications, the use of textiles is limited due to their soiling and wetting behaviour. To overcome this limitation, textiles are improved with a variety of finishes of different product classes. Recently, products have been invented that make use of the Lotus Effect and implement self-cleaning properties to a textile surface. The successful realisation of this effect leads to a significant reduction in the cleaning requirement of such surfaces.

To achieve self-cleaning properties nature uses an efficient method, which has been perfectly realised on the leaves of the lotus plant. Besides this species, self-cleaning properties can be found on a variety of other biological surfaces, such as cabbage, reed and nasturtium. The main function of nanostructured superhydrophobic surfaces in nature is probably the protection against pathogenic organic contamination like bacteria or spores. These are regularly removed from the leaves by rainfall.

On many of these surfaces even high-viscous liquids (e.g. honey) drip off. The Lotus Effect is based on a minimisation of the contact area of hydrophobic surfaces by an overlapping double structure approximately 100 nm to approximately 100 μm in size.

Because of this active principle, the Lotus Effect differs from the ‘soil-repelling’ and ‘soil-release’ function. As the Lotus Effect depends only on physicochemical characteristics it is independent of the living system and can be transferred into technical systems. The first commercial products with the Lotus Effect were wall painting and roof tiles. The term ‘Lotus Effect’ is a registered trademark for many applications.

The self-cleaning property of the lotus plant, named the ‘Lotus Effect’, is based on the specific properties of micro- and nanostructured ultrahydrophobic surfaces, which are always completely cleaned by rainfall: the contact area of water and dirt particles is largely minimised by the double structured surface. In the technological implementation, various methods have been used to avoid the adhesion of dirt and to improve the release of dirt.

Smooth surfaces without specific hydrophilicity or hydrophobicity: Extremely smooth surfaces show a reduced soiling behaviour because particles have only low mechanical hold and can be removed by air or liquids. However, the adhesion of residues from drying of liquids or filming cannot be prevented. To remove them, detergents (surfactants) and mechanical support are necessary.

Therefore, the self-cleaning effect of smooth hydrophilic surfaces is low. With extremely smooth surfaces low soiling is sufficient to impair the aesthetic impression crucially, long before the function is limited (e.g. paints and panes). Another positive effect for the dirt removal: particles lying in cavities of the rough solid surface are not reached by a drop that simply rolls over it. As a result of the impact when falling on the surface the drop deforms, so that it penetrates into the cavities and reaches the particles lying there.

Self-cleaning concept contributes a lot of benefits in various industries. Especially, self-cleaning fabric which has massive potential for improvement of products not only in clothing industry but also in health industry due to time, material, energy reduction and consequently cost-efficiency during production. Moreover, this technology embraces environmental friendly properties as it effectively decreases cleaning efforts and conserve a considerable amount of water and energy as well as saving time and laundering cost. 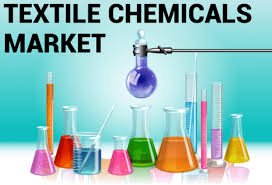