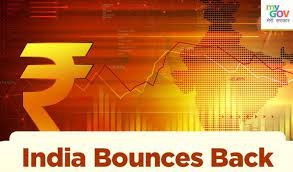 The ‘Made in India’ products are getting a wild response from the global markets. Brand India has grown rapidly and even after battling the Covid pandemic, the hard work of the exporters is paying off well. The Indian exports industry created a remarkable history by performing brilliantly last month. India exported $100 billion in the third quarter (Oct-Dec) of the current fiscal (2021-22, which is the highest ever. For this reason, the possibility of meeting the export target of $ 400 billion by March 2022 has increased. The second wave of the pandemic battered the global economy, causing the Indian market to return to its old position and make up for the losses, but not so in the case of exports. Global demand for Indian goods started improving in December, with exports hitting a monthly high of $37.29 billion. Anant Srivastava, Director, Home Textile Exporters Welfare Association (HEWA), says that this is the highest ever export in a month so far and there is no doubt about it that exports will touch $ 400 billion in the next quarter.

Commerce and Industry Minister Piyush Goyal wrote in his tweet that “the Make In India Lion Roars Loud and Clear.” India set an export record in December. Exports of cotton yarn, fabs, made-up, and handloom products are gaining more traction and have successfully registered a growth rate of 45.73 percent in the one year, December 2020 to December 2021. On this, Vikas Singh Chauhan, Director, HEWA believes that the export success story will continue this year as well. But to achieve the target of $1 trillion in 2022-23, efforts will have to be intensified. The Indian economy is showing positive signs as it has already crossed the $300 billion exports mark in three quarters. The increase in exports is also due to some favorable steps taken by the government, such as expansion of RoSCTL, facility of RoDTEP, payment of pending dues of Rs 56,000 crore in September for export promotion schemes, and relaxation to factories during the second wave of lockdown.

Following the pandemic, major importers such as the US and Europe have become more conscious of sustainable and eco-friendly products and services rather than market prices. Almost all the major brands are following the China+1 policy, with India being one of the biggest beneficiaries. HEWA believes that the Indian economy is booming. The industry is very positive towards Product Linked Incentive Scheme, Mega Integrated Park Scheme, etc. High freight charges, raw material cost, lack of major FTAs, fully functional alternative routes like the International North-South Transport Corridor (INSTC) are also some of the challenges to achieving $1 trillion exports and $5 trillion GDP in the next few years.  India also needs to put in place a mechanism to control the rising cost of raw material in cotton to achieve the textile export target of $100 billion in the next few years. 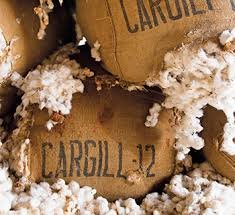