Globally India stands second next to China in terms of Denim production. Despite being growing at an average of 12% CAGR year on year, this industry has some pain points which, if addressed, will make it ever sunshine sector.

At present the capacity of denim industry in India is approximately 1.8 BN meters per annum and which was 800 million per annum in the year 2011. 750 to 800 milion is the approximate size of domestic market in India while close to 200 to 250 million meter is exported from the 50 denim mills who fall under organized sector in India.

Denim Industry is also playing a significant role in our agricultural sector as it consumes almost 10% of the cotton produced in India and provides employment to large section of society besides significant contributor to exports. The denim fabric manufacturing industry, which used to be the sunrise industry in the entire textile value chain of India, is currently under stress due to increased cost of all major raw materials.  The cost of production have gone up by an average of Rs 20-25/- per meter and there have been steep surge in price of all major raw materials namely Cotton, Yarn,

Demonetization/G.S.T. and as well as over supply situation in the Industry.

Another crisis the industry is facing is the short supply of Indigo since January 2018 due to shut down of plants in China leading to an almost 50% jump in prices of indigo. In the current scenario mills are fearing production loss due to non-availability of indigo in required quantities and majority of the mills are operating at minimum stock levels. Given the fact there is only one Indigo manufacturer with miniscule production capacity, abolition of import duty on Indigo will save the industry as the entire denim industry is dependent on imports from China.

“The Denim manufacturers expect the government to come up with policies that are supportive for the manufacturers in all facets. Like working on the free trade agreements, bringing competitive advantages in terms of export policies which nations like Bangadesh, Sri Lanka and Vietnam are doing”, says Gagandeep Singh, Secretary, Denim Manufacturers Association. He also says that with high input raw material cost in the form of cotton and indigo Indian Denim Industry is worst impacted and many mills have shut down large parts of their capacity as the manufacturers are unable to pass on the increased cost to their customers. The current situation is resulting in multiple job losses impacting the families of the mill workers.

Another key challenge is the entry of finished denim garments entering India from Bangladesh and chances are that they are Chinese players might enter indirectly. 2018 was the tough time for the denim manufacturers as the cost of the raw material increased and due to over-supply the price correction in raw material was close to 50%. Thus many who had plans for enter the market kept it on hold while existing players did not aggressively focus on expansion.

However, on the positive side, the association thanks the government on the new policies in terms of the flexible labour laws, the manufacturers see it on a positive note. “With Denim manufacturing being a seasonal business, the new laws of having workforce on a contract-model will always help the mill owners”, he says.

Also, India, as a market is also huge for denim consumption. Factors like acceptance of denim as a formal-wear, denim as a material in shoes, bags shows India as a huge market for denim. According tot industry experts even today on an average Indian consumer has only one pair of denim while in developed markets like The US it is five. 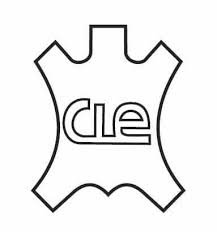 EXHIBITIONS AS A CATALYST FOR INDUSTRIAL GROWTH & ECONOMIC PROSPERITY Raymond Group is one of India’s largest branded fabric and fashion retailers.