TT Limited To Come Up With 2 New Garment Facilities New Delhi based leading manufacturer TT Limited is planning to expand its operations with two new state-of-the-art facilities garment factories in India. Speaking to Textile Value Chain, Sanjay Kumar Jain, Director, TT Limited, told the two factories have partially started in Gajraula and Avinashi. It also has plans to set up manufacturing facilities in Kolkata in the upcoming Hosiery Park.

Speaking to Textile Value Chain, Sanjay Kumar Jain, Director of the leading Textile company said it had sold off parts of their Spinning facilities and had decided to bring in place, two state-of-the-art garment factories. In an investment of INR 20 cr put together, the new facility is likely to have advanced machinaries that will cater to their current needs. The company is also looking at 20% of of revenue share for the entire group’s revenue from the new factories.

“We had been restructuring our organization for the past 1 year. This is our strategic planning and we are bringing down our spinning capacity. The new projects will be installed in the vacant spaces of our spinning premises. The new facility is an upgraded version of the company’s existing potential and is likely to help in the growth of Brand TT in the domestic market.”, Sanjay said. The new facility is likely to produce both active and casual wear.

Speaking overall on the industry scenario, Sanjay said that the ending financial year was tough, however, better than the previous fiscals. “Globally, the sentiments for textile business is are not good. Due to demonitization, liquidity system of companies had gone through a tough phase and all companies are struggling overall. ”Some of the other factors that challenges the textile business are the economy liquidity position is also not good“. However GST refunds are now up to the mark. We have also seen a slew of measures by the Government like reduction in hank yarn obligation, Knitwear Package, Refund of State & Central Levies for madeups and garments. According to him, one of the major hit was the drop in the sale of yarn material to 50% which became an advantage for Vietnam, further the Government has ignored yarn completed for both MEIS and ROSCTL.

Further our currency depreciation also didn’t lead to any advantage, as cometiting nation’s currency have also depreciated. The textile industry is looking for a revival post election as the demand for clothing is likely to increase. The textile industry experts predict that there will be regular money that flow into the system which will help the textile business overall gain its momentum.

“Government has brought many beneficial schemes for MSME that has helped the large MSME segment of the industry in a big way.”, he concluded 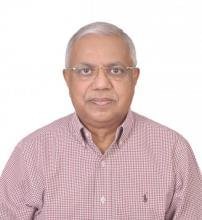 Australia Market is not alternative but Additional Market in down time…