AEPC To Focus On Identifying Emerging Markets For Exporters Apparel Export Promotion Council, the body that works for promoting the Indian textile exports is planning to increase the the reach out for exporters in the emerging markets. Another key plan of the forum is cluster development. AEPC has identified 20 categories within the industry and widen the basket and more capabilities are to be included where there is a global demand.

In an exclusive chat with Textile Value Chain,  Chandrima Chatterjee, Advisor, Apparel Export Promotion Council (AEPC), said, “ The apparel sector has been stagnating around 17US$ for the last few years, while our competitors’ like Bangladesh and Vietnam have shown double digit growth.  The main reason for this difference in the growth trajectory has been cost competitiveness, or rather the lack of it, in the case of India.” Citing few reasons for cost disadvantage, according to her has been beyond India’s control –like the lower wage structure in Bangladesh or preferential access in important western markets. However, according to her, the internal efficiency of production and productivity of workers is under the control of India.

“One reason for lower efficiency are smaller scales of operation. In India, the scales of operation are much small than most of our competing countries. This is one area where we need to work seriously and look at ways to incentivise investment and expansion through long term policies.  Most of the present investment policies have shorter windows and do not take into account the gestation period and longer window needed for investment decisions to be made and implemented.”, Chandrima said.

The second important reason according to her is the lower productivity of the workers which leads to higher net wage cost. Chandrika also says that up-skilling and wide spread productivity improvement programmes need to be undertaken to address this issue.

Accepting the fact that Bangladesh and Vietnam has been growing consistently for the last 5 years and more, she also predicts the trend is expected to continue. She also says this is because of their better market access in to US and EU and policy focus on this sector aimed at reduced cost of doing business.

Speaking on the key activities, Chandrima said, AEPC  has been playing a facilitator role through the following:-

i) Partnering with Government in spreading awareness as also facilitating exporters in understanding and availing the various policy benefit are available to the sector like the apparel package, ROSL, PMPRY, skill programmes and more. The help desk at AEPC takes up all GST concerns and refund issues.

ii) The Council had initiated a cluster development programme to focus on the supply side concerns of the industry. Through studies and gap assessment the Council has identified regions where there is potential of export enhancement through various interventions.

Asked if the activities of the Government of India in terms of promoting the textile industry is not on par to the Governments in Sri Lanka and Bangladesh, through tax subsidiaries and promotional activities, Chandrima said, she does not feel it is entirely true. “The apparel package announced in 2016, was a path breaking initiative of the Government to strengthen the sector.  The Government has been undertaking several initiatives to increase ease of doing business and reduce cost of doing business. In fact, State Governments have also lend to this process through the various state apparel packages.” , she said. 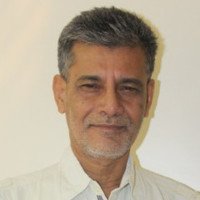 A vibrant future for Indian textiles 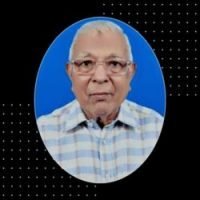