The Indian textile diaspora is as large as an ocean, with over thirty fabric crafts scattered over twenty nine states and seven union territories. Each state has nurtured its unique textile craft for many years, and these crafts are no less like the breezy, glittering, and magnificent rivers that merge to make the most diversified and prolific legacy and culture of all time. Cotton, jute, and silk have dominated commerce between India and the rest of the globe since ancient times, and our history with fabrics and crafts is as vivid as the early morning sun. From the Mughal era to the Swadeshi Movement, the British Raj, and even after independence, craftsmen and weavers throughout the country have been innovating and adding new flavours to the traditional textiles.

Few renowned traditional crafts from India are listed below: Our textile designers and curators collaborate closely with the Chhipa Community of Akola and Bagru in Rajasthan, as well as craftsmen from Nandana in the Neemuch area of Madhya Pradesh. Each neighbourhood has its own own flavour of printing Dabu! While Bagru is the beating core of Dabu printing, Akola is noted for its accuracy and attention to detail in manufacturing, resulting in 80% less bleeding. Dabu printing is a luxury culinary experience in Nandana, where natural dyes taken from Anar Ka Chilka, Dhawde Ka Fool, and Imli ke Beej, to mention a few, are all mixed together to produce a flavorful combination of earthy Hand Block textiles. Because they are entirely done by hand, artists allow some flaws that only contribute to the beauty of the work.

Each craft that we bring to the forefront is accompanied with a tale about craftsmen who find no greater joy than preserving the craft’s tradition and passing it on to future generations. Our Kalamkari textiles are hand-picked in the Andhra Pradesh hamlet of Pedana. Listening to their hard process of printing Kalamkari and driving 150 kilometres merely to wash the fabric offers us even more reasons to recognise their work, while also providing them with advice on popular patterns and promoting their textiles in our store. Our Kalamkari designs are dyed with natural colours derived from local plants, roots, and dried pulp, to mention a few. Ajrak, a textile skill valued by the Khatri community, arrived in India in the 16th century, travelling from Sindh province to Kutch, Gujarat. With craftsmen dispersed over Dhamadka Village and Ajrakhpur to this day, their valiant stories of preserving the tradition of this textile industry even after the devastating Bhuj Earthquake in 2001 are both inspiring and notable. Our textile designers collaborate with craftspeople in Barmer and Bhuj to create a blend of earthy and colourful designs. With Arcadian themes dominating the tone of the collection, shop our Ajrak line, which is available in a range of materials such as Cotton and Mashru Silk, as well as traditional dupattas and stoles. One of the most popular crafts among Bengali women is embellishing textiles with a contrasting running thread. Kantha grew famous among the Rajasthan artisan community throughout time because to its beauty and demand. While Bengal is the birthplace of Kantha, craftsmen in Rajasthan picked up the expertise and opted to infuse their own charm into this textile trade! With our fascinating variety of machine-work cotton fabrics, hand-done Kantha dupattas &GudadiKantha bedsheets and pillow covers made by artists throughout Rajasthan & West Bengal, Fabriclore provides you the flavour of east and west. This textile skill has strong roots in Indian soil as well. It is a type of wax dyeing process that involves painstaking phases of waxing, dying, and scraping and is often performed on materials such as cotton, rayon, silk, and georgette. The material is cleansed before motifs are marked or drawn with a pen-like instrument. As the molten wax pours through the tool’s wooden handle, it makes lines and dots on the cloth. To remove wax stains, the cloth is coloured and rinsed in boiling water. Wax marks, sawa (mythical bird garuda), parang (slippery slope), and floral patterns are common motifs. Fabriclore has a wide range of traditional Batik textiles and dupattas hand-picked by Ujjain craftspeople. 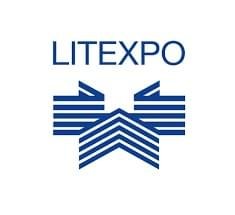