Denim fabric manufacturing was considered a sunrise industry in the entire textile value chain of India. Over the last decade, it was registering a 15% CAGR. (Compound Annual Growth Rate – CAGR) (1). The compound annual growth rate (CAGR) is the rate of return that would be required for an investment to grow from its beginning balance to its ending balance assuming the profits were reinvested at the end of each year of the investment’s lifespan.

The industry has an annual installed capacity of 1.5 billion meters, which is the world’s second largest, after China. Its sales turnover is estimated at Rs. 15,000 crores. The industry gives direct employment to four lakh workers, besides indirect employment. At present the total number of denim fabric mills operating in the country has reached 46 against 30 mills in 2012, representing an increase of 50%. The installed denim fabric production capacity has also increased from 800 million meters in 2012 to 1,500 million meters with still a capacity of 150 million meters in the pipeline for expansion.(2)

The current domestic consumption of Indian denim fabric is 750-800 million meters, growing at an annual rate of 12%. Also, denim fabric exports are estimated at 200 million meters. As per the Ministry of Commerce, denim exports for 2016-17 were moved at $316 million, registering a total of 11% fall in comparison to 2014-15 which it was $355 million. [2] “Post-GST, the denim industry has temporarily closed down 30-40% capacity across the board and at present is operating at 60-70% capacity due to slowdown in demand and over-capacity in the industry. If the present trend continues there can be more production cuts,” the DMA Chairman, Sharad Jaipuria, said.

“Besides over capacity, the industry has also been paralyzed due to the reasons that denim needs to be cut, sewn and washed before it can be marketed. These upstream activities are majorly done in the unorganized sectors located at the SSI hubs of Gandhi Nagar and Tank Road in Delhi, Ulhasnagar in Mumbai and Bellary near Bangalore. These hubs mainly slowed down due to the liquidity crunch in the economy post demonetization and the slow acceptance of GST by small players to become part of the formal economy. As almost 85% of the fabric is sold in the domestic market, denim mills are badly hit”, stated by Akhilesh Rathi, Director, Bhaskar Denim.

According to Amit Dalmia of R & B Denims: “Since the upstream activities of garment sewing & washing in SSI hubs will take a while before them change for working smoothly with the formal banking system, we are not foreseeing any short-term recovery of the market. This has led to shutdown / slowdown of many denim mills and loss of jobs in this industry.”

“With oversupply in the denim industry as well as low demand and liquidity crunch in the domestic market, the negative impact has started becoming visible in the sales and profit volume of top denim mills in India in Q2 FY17-18 and the adverse impact would continue in Q3 as well”, said Arpit Jain, Vice President (Research), Arihant Capital & Brokerage.

Atul Singh, Director, Ashima, stated that, considering the current problems of the denim industry, the Government has announced immediate enhancement in the duty drawback rates and also extending some more benefits under the ROSL scheme(Rebate of State levies) and  MEIS scheme (Merchandise Export from India Scheme, Govt  incentives for export of Goods -2 to 5%)  the focus product and focus market scheme so that denim mills can tap the potential of export markets”.(3)

Market Size and Growth Denim is of the most promising category in India’s apparel market. In 2013 the denim market of India was worth INR 13,500 Cr. which accounts for 5% of the total apparel market of the country. The market is projected to grow at a Compound Annual Growth Rate (CAGR) of 15% to become an INR 27,200 Cr. market in 2018. (Source: Technopak Analysis) The denim market in India is skewed towards men’s segments with 85% contribution coming from it. Women’s denim segment contributes 9% to the market and the kids segment the rest 6%. The women’s and kid’s denim segments are expected to witness higher growth rates due to their lower base and increasing focus of brands.

Comparison with Denim Consumption of Some Other Countries

In general, the western fashion has accelerated the trend of casualization across the globe. This trend has boosted the consumption of casual fashion apparel like denims, dress shirts, tees, casual shirts among both men and women consumers in all the developing countries including India. The average number of denim items owned by Indian consumer is much lower in comparison to consuming market of the United States, Europe etc. The number is even lower than countries like Brazil and China. This difference in the number demonstrates the huge potential that exists for denim in the domestic market.(5)

The value share of denim market is skewed in favour of mega metros and metros which account for almost half of the total denim market at a share of 49%. Though the markets of other urban areas and rural India contribute high in volume terms, their combined share in market value is only 51%. As the penetration of denim category and the awareness of denim quality increases in those cities and rural India, their share in market value will start increasing with a greater number of consumers willing to pay premium for the quality, design and fit.

In India unbranded denim products dominate the market with around 60% share of the market. The share of brands in denim market stands at 40%. Most of the unbranded players operate on the lower price segment of the market where awareness of quality of fabric, finishing and washes, design and fit are relatively low. (5)  The emergence of semi-urban clusters, areas having a smaller number of farming communities, across the country has opened a plethora of opportunities for regional brands and retailers. A typical denim consumer of the semi-urban cluster demonstrates a blend of the characteristics of urban and rural consumers; like an urban consumer she/he shows awareness of brand and product quality and like a rural consumer pricing and affordability plays a crucial role in her/his purchase decision. The regional brands have focusing to cater to these typical requirements of the semi-urban consumers. However, presence of lots of unbranded players in such markets it a market of intense competition to many national level brands.

Some of the key driving factors for the denim market in India are:

India is the second largest producer of cotton yarn. The denim fabric production capacity of India is more than 1000 million meters per year, and India is still witnessing entrance of more denim fabric manufacturers in the industry. Denim fabric production in India is concentrated in the western and northern parts of the country with more than 45% contribution coming from Gujarat alone where Ahmedabad is the production hub. Denim apparel production in India remains a fragmented industry where only 20-30% of denim apparel is manufactured in the organised units. The denim apparel production activities are concentrated in Delhi/NCR, Mumbai, Bangalore and Ahmedabad.

In India most of the denim manufacturers focus on the domestic markets as the value realisation remains higher in domestic market than in export markets In the recent times the industry has witnessed entrance of new fabric manufacturers which is expected to make the market for denim fabric more price competitive in the coming years. Cotton remains the fibre of choice in denim apparel. In blended denim fabrics polyester is being used as weft threads. The demand for stretch denim is growing at a faster rate in India market due to its comfort and fit characteristics. The colour of denim jeans is no longer limited to traditional blue colours. Indian youth has started accepting denim in different colours including green, red, yellow etc.(7)

Issues and Challenges for Denim Market

Directory of Denim in India (Branded) (9)

These are the major Denim Producers with Brand. There are in total 46 Mills in India (Page 1) and the production has gone much higher as against consumption of 750-800 millinium meter per annum.  Besides, there are much more decentralised sectors. The major denim fabric manufacturers in India are Arvind Mills (market leader with 14% share in 2014), Aarvee Industries (9% share) and Nandan Denim (8% share). Some of them have slowed down their production rate.

Why the Organised Sectors of the denim Manufacturers are suffering?

The Suggestions and probable solutions:

The main reasons of the sufferings of the Organised sectors in denim Industries are due to (i) Over Production (ii) More and More Industries are in competition field (iii) More Manufacturing cost than that of the decentralised sectors who are 60% in number (iv) Decreasing Export Market (v) They must be able to produce with low segment cloth with different Brand name (v) Cost cutting steps are to be considered (vi) To penetrate in rural sectors.

The event may throw light on the way forward.

Global denim leaders, brands, retailers and alike will gather at the Planet Textiles Summit on Sustainability that will be held on June 22, 2019 at ITMA 2019 in Barcelona, Spain. The key point of discussions will include how the denim manufacturing industry should make jeans by 2025? And what breakthroughs in technology and thinking are needed to make this happen?

The delegates at Planet Textiles will discuss key changes in the denim production alongwith some of other predicted changes in the segment. A proposal to develop a ‘blueprint’ for real change that buyers’ retailers and brands can use as a sourcing guide will also be outlined. 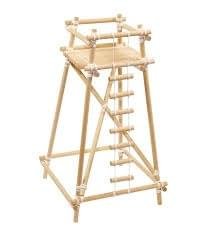 How Custom Clothing Can Enhance Your Wardrobe