As international clothing brands fear commercial reprisal in China for speaking out against the use of forced Uyghur labour, activists heading a coalition movement against forced labour in the Uyghur area are urging businesses not to compromise their human rights beliefs in order to earn commercial benefit.

The Coalition is urging major market players to confirm if they have been supporting or profiting from the Chinese govt’s widespread and ubiquitous forced labour of Uyghurs as well as other Turkic and Muslim-majority people.

More than a million Uyghurs as well as other Turkic-Muslim majority people have already been jailed by the Chinese government in detention centres. Forced labour is a major aspect of China’s persecution system, which has been labelled crimes against humanity and genocide by human rights and legal experts.

Because of China’s dominating position in global supply chains, a number of European companies, including Zara and SMCP, are accused of profiting in direct or indirect ways from forced labour. Apart from fashion, European firms in the automobile, electronics, solar, as well as other industries have also been involved.

As the pressure campaign on Chinese social media intended at suppressing firms that raise their voice against the use of forced labour in the Uyghur Area, numerous other companies, like MUJI, Hugo Boss, FILA, and ASICS, have confirmed their usage of Xinjiang cotton. The Coalition stated, “We believe this behaviour is ethically repulsive, and the disgrace of these companies will be remaining.”

The restrictive practices in the Uyghur Region have been declared to be crimes against humanity by Human Rights Watch and Amnesty International, and the US government as well as several national parliaments have acknowledged the abuses as genocide and/or human rights violations.

In June 2020, 60 legislators from 18 nations demanded that the United Nations establish a Commission of Inquiry to investigate proof of criminal offences in the Uyghur area. The crimes are supported by a widespread, technology-enabled monitoring system.

Who are the members of the Uyghur Region Coalition to End Forced Labour?

The coalition is comprised of civil society organisations and labour unions working to abolish state-sponsored forced labour and other severe human rights violations against individuals from China’s Uyghur Region, also known as East Turkistan to locals.

What is the Coalition to End Forced Labour in the Uyghur Region doing about this problem?

The Coalition as well as other individual firms sent an open letter to European Commissioners engaged in the European Union’s (EU) Sustainable Corporate Governance Initiative on November 9th, 2021, imploring them to ensure the forthcoming proposal includes complete and effective regulations.

Furthermore, the letter highlights that such endeavour should be accompanied by similarly significant actions including an import control mechanism for commodities made using forced labour and the application of sanctions systems.

The coalition is also determined to work with international organisations such as the International Labour Organization (ILO) and the Organization for Economic Cooperation and Development (OECD) to use their processes to stop forced labour in the Uyghur area, along with forced labour and human trafficking of individuals from these communities.

What must businesses do to make sure that their supply chains are not compromised by Uyghur forced labour?

The only way for businesses to avoid unknowingly supporting the government’s persecution is to completely eliminate their supply networks from the Uyghur Area.

Furthermore, companies shall prohibit the use of forced labour at sites outside the Uyghur Region which use labourers forcefully transported from the province, as well as by terminating agreements with Uyghur workers.

Undoubtedly 1.4 billion citizens of China have significant buying power, and that raising voices against the Chinese govt’s oppression of Uyghurs is a possible economic concern for businesses.

However, as customers get better access to information and expect that the brands, they shop from represent their morals, such companies are only a Google search away from being exposed for using forced labourers. Numerous customers all across the world will eventually look for clothes that weren’t sewn by victims of crimes against humanity if they learned of such a revelation. 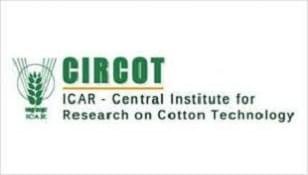