Manipur surrounded by hills and lakes abounds in people who enjoy dance and music. The meaning of Manipur is ‘Land of Gems’. There are many legends about the origin of Manipur and one of them is that an ancestor of the Manipur Rajas dropped the jewels hidden in his headgear seeing the beauty of Manipur. Hence the name Manipur.

The people of Manipur are skilled in many arts, especially in dance, music and in creating beautiful things. They are people with a highly evolved way of life. The women shoulder the main burden of the society, look after the house, practice a craft and find a market for their goods.

The Meities, the indigenous inhabitants of Manipur, have traditional designs, several of whose origin is traced back to intriguing legends. The most common and perhaps the finest is the work done on the border of a Phaneyk – a lungi (sarong) worn by women. The piece is woven either in a single dark shade or with stripes in three different colours on a light background. The border on the side is however left a plain black band, on which a pattern is first drawn, then worked with untwisted silken thread. It is in a dark but matching shade usually red, chocolate or plum. The stitching is so finely chiselled and even, that it seems part of the weave itself. In fact as this is the only ornamentation on the phaneyk, to a stranger unaware that it is a later addition, it would seem like a delicate woven decoration. A very simple pattern is tindogbi done in satin stitch. It is said to have been inspired by the sight of a caterpillar sitting on a castor leaf and eating it. An elaborate design called Akoybi, circular, as the overall pattern is circular, one circle joining the other, with each circle being further broken into patterns, each with a significant motif with a special name. There is a romantic tale tracing it back to the legendary snake Pakhamba, who was killed by the husband of the goddess and who later remorse tried to atone for it by copying its scaly patterns to perpetuate them in the form of a textile design.

There is another interpretation, less romantic but more imaginative, to make it out as inspired by the circular swirls of the water.

The central motif is a dot for a bee hovering over lotus buds. Four petals are seen on the side of the dot.

Some half open circular designs make a pattern indicating the fishing hook design.

This brief description however barely gives an idea of the real complexity of the Akoybi. Another design is the boat design known as Hijay Mayek. According to Jasleen Dhamija, about 950 A.D. a famous carpenter was craving a boat out of a single trunk of a tree. While chipping the wood, a long piece fell out and lay on the grass. The carpenter presented it to the king saying what a beautiful design nature has created. The king was impressed by the flowing lines on the wood and asked the embroiderer to copy the flowing design into embroidery for the Phaneyk.

The Hijay Mayek design was associated with the older people and later with widows. Now it is mostly used by some elderly women only. 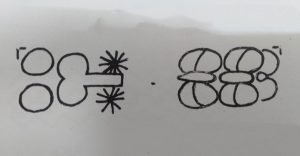 The colours mostly used in embroidery are white, black, red, green and yellow.

Applique work was also popular in Manipur. It was prepared of white on white. During the marriage the mother prepared special curtains for presentation to the daughter and they were prepared in applique work.

The Kumil or the Ras skirt has a border with Akoybi design appliqued with red material on a yellow background. The mirror work and sequins are worked out into a pattern above the Akoybi design. 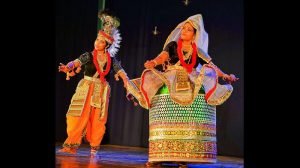 The well-known gorgeous black shawl, popularly called the Angami Naga shawl but whose real name is sami lami phee, the literal meaning being the wild animals warrior cloth depicts mainly animals. One time it used to be bestowed on distinguished warriors by the rulers for their success in hunt and warfare and was therefore highly coveted. The background is always black, divided into horizontal panels by woven bands of colours. Embroidered within these panels are a whole array of animals like elephants, butterflies, sheep, etc. 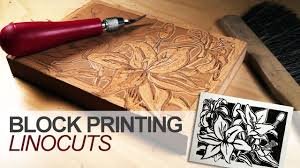