In the recent era, it has become a modern garment in its look and style. Still, this evolution happened with the time. When it comes to the Ancient History of Saree, there are various facts shared in the essence of history.

In India, one of the most celebrated and traditional costumes are Saree. Indian women are very much associated with dress, and it is one of the most typical garments for the women of India. It is not only a substantial traditional dress for India, but it is also one of the ancient clothes in the world.

It is a fact that the civilisation of Mesopotamian was the cause of bringing this Saree to India. Some of the roots of this garment date back to the era of Indus Valley along with various other places such as Assyria, Sumer, and Egypt. Few other historical evidence suggests, Ancient History of Saree exists for more than 5000 years. That’s why it is considered the oldest type of garment in the world.

The name Saree or Sadi evolved from ‘saatikaa’ a Sanskrit word. Saree is mention in the Vedas, one of the oldest literature of human history. And from the civilisation of Indus Valley during the period of 3300 to 1300 (B.C.E).

Saree is Oldest Garment in world

That’s why it is considered the oldest type of garment in the world, which is still used at a larger scale. There have been clothes and garments, but those had perished over time when new clothing styles became popular. But this is not the case with Saree. As it is still in use; however, it has been transformed in so many ways.

It is usually observed that when old clothes and garment styles have used, then they become outdated, and lose their popularity. But nothing of that sort has happened with Saree; instead, it has gained more popularity over the period. It is crucial to mention here that it is hard to assert the actual Ancient history of Saree because history is too deep in this regard. Other than the Vedas, the various sacred texts from Hindu religion has mentioned about Saree such as Ramayana and Mahabharata.

However, it is also essential to not keep in mind that ancient dress which was much like Saree. Still, it was a bit different in attire and wearing style, as compared to the style and attire adopted in the modern era.

It happened because it did influence a variety of cultures over a while. In the Aryans era, it is influenced by their cultural attributes. Then the Mughal Empire made its impact on the style of Saree. There are many dynasties in Indian that made a considerable impact on Saree. It is primarily believed that the modern and traditional style of Saree was developed and transform after the Mughal era.

There is now considerable evidence to prove the changes happen in style and attire of Saree. Different Styles and Varieties of Saree in India being one of the oldest garments in the world is not the only great thing associated with Saree. Still, it comes with so many styles and variety, which is also an important thing to discuss. There are various styles, which are associated with different geographical regions of India, and every style is unique on its own.

Tant is a Saree style, which comes from West Bengal, which is made from the fabric of cotton, and it is a commonly used cloth for women living in Bengal. Another Saree wear style is Kasavu, which comes from Kerala. It is one of the modern versions of Saree, and to distinguish from other Saree styles, one can see a thick golden border. The Bomkai Saree style comes from Odisha, which is also known to be Sonepuri silk. The intricate thread, along with wonderful embroidery is the most crucial part of this beautiful Saree.

The Bomkai Saree style comes from Odisha, which is also known to be Sonepuri silk. The intricate thread, along with wonderful embroidery is the most crucial part of this beautiful Saree.

Kanjeevaram saree, which is the most popular Saree from Tamil Nadu, and some of them give it a name; “the queen of Saree.” One more wonderful Saree style coming from Odisha is Sambalpuri, which is unique in its form because it is a hand-woven Saree.

When so many regions have made their style, how Maharashtra could have stayed behind in this race. The famous Saree from Maharashtra is Paithani. It is a unique style of Saree coming from Aurangabad, which is a silk Saree, also hand-woven. Gujarat region is famous for its Bandhani Saree style. The pioneer of this Saree wear in Gujarat is the Khatri community.

Another silk style Saree comes from the part of Assam, and it is called Muga. Punjab region has a distinct style of saree called Phulkari. The meaning of word Phulkari is the “flower work”and it is thread work is manage in fashion, where flower shape is dominant in the looks. Some of the other famous Saree types are Leheriya (Rajasthan), Chikankari (Lucknow), Konrad (Tamil Nadu), Chanderi (Madhya Pradesh), Banarasi (Varanasi), as well as, Pochampally (Telangana). 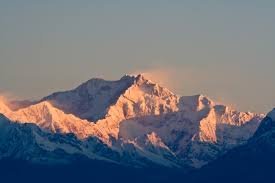 Textiles of Jammu and Kashmir