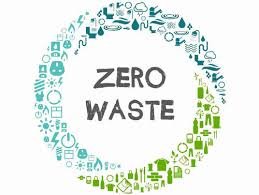 With the growing acceptance of the ideal of sustainability, a paradigm shift is occurring in the field of fashion.  With consumer tastes now being inspired by ideas of upcycling, circular design, and slow fashion, many designers are being compelled by circumstances to reduce the carbon footprint left behind by the fashion industry. These endeavors are primarily targeted towards reducing waste generated during the garment manufacturing phase. Regrettably, these efforts are not being intelligently directed at preventing wastage at the designing and cutting stage itself. In fact, conformist manufacturing methods such as the “Cut and Sew Method” that have been in practice for over 500 years now, generally yield up to 85 percent of fabric consumption efficiency. Consequently, 15 percent of fabric wastage occurs in the cutting room itself. This wastage is leaving behind a “significant ecological footprint”. Unconventional and eccentric pattern-making methods such as subtraction method, geo-cut method and A-POC have now gained popularity; conversely, zero-waste pattern cutting (ZWPC) as a concept has not been extensively used or proliferated yet. To comprehend the unpopularity of ZWPC, a thorough understanding of the concept and its benefits and drawbacks were studied through an extensive review of research work and projects undertaken and executed by experts and novices in the field of ZWPC.  It was found that there are limited challenges faced in adopting the concept and it can be widely implemented to resolve the problematic disposal, reuse or recycling of fabric wastage.

Textile or fabric waste is generated during the pre-consumer or post-consumer stage in a fashion cycle. At the pre-consumer stage, it can be fiber, yarn, fabric, and/or garments during the manufacturing process. Textile waste at the post-consumer stage maybe a garment or redundant household item. Sincere endeavors to reduce, recycle, and reuse waste generated at every stage are being carried out. However, the pre-consumer textile waste produced during the design and cutting processes is being neglected.[1] Nearly 15 percent of fabric is lost as off-cuts during the pattern cutting stage in the garment manufacturing process. In addition to the primary fabric being wasted, other natural and human resources are also wasted. In particular, resources devoted to and imbedded into the manufacturing process of the fabric are also wasted alongside. Therefore, addressing the origin of the problem by utilizing as much of the fabric and diminishing the wastage is the need of the hour. Embracing a zero-waste design approach condenses fabric waste in addition to the pressure on other resources.

Ordinarily, 15 to 25 percent of the fabric which is required to construct a garment ends up as waste as a result of deep-rooted and multifaceted conventions of designing a garment, pattern cutting, and garment production practices. In the case of outerwear for adults, the fabric wastage fluctuates between 10 to 20 percent. Approximately 10 percent wastage occurs for trousers or pants. Higher percentages of wastages occur for blouses, jackets, and underwear. In any case, 100 percent utilization of the fabric is not possible with traditional pattern cutting methods due to the irregularity in the shapes of the pattern pieces [1](refer fig 1). The variation in the amount of waste (10-20+ percent) is dependent on numerous variables. They may include:  a) Style of the garment (number, size, and shapes of pattern pieces) concerning the width of the fabric; b) Number of the garment sizes included in one marker and c) Expertise of the marker-maker (manual or computer-aided).[3]

After scrutinizing probable factors contributing to wastage of fabric during the construction of fashion garments, it came to the forefront that fabric waste is contemplated only at the marker planning and making stage in the manufacturing process. At this stage, the garment design is already unalterable; it cannot be modified.  If the objective is to eliminate wastage, this scrutiny suggests that fabric waste ought to become a cause of concern at a much earlier stage, and in the design process itself.

To eliminate wastage, fabric waste needs to be considered right from the start and throughout designing and pattern cutting. Garment design and subsequent pattern cutting direct the entire manufacturing process.

The efficiency of the fabric yardage lies in the hands of the marker planner and maker, and to a certain degree the pattern maker. In the current practice of garment manufacturing, it is highly unlikely for the fashion designer to be concerned about the fabric usage. A designer usually follows trends, styles, etc. and the optimum use of fabric is not a factor that is taken into account while conceptualizing a garment.

This paper enables one to understand the fundamental concept behind ZWPC and its origin. It will also help in comprehending the hesitation or reluctance for adopting it as an ideal method for eliminating fabric waste. The paper also discusses the principal benefits and limitations of ZWPC. Before arriving at meaningful conclusions, several research papers, conference presentations, and experimental studies/projects of various designers were reviewed.

Pattern cutting is not just another routine endeavour to assist in the construction process of the garments. On the other hand, patter cutting is actually an art that involves creativity and ingenuity of the highest order. In fact, patter cutting entails the art of manipulating a piece of two-dimensional fabric to conform to the curves of the wearer’s body [ 5] (fig 2).

Pattern cutting acts as a bridge between the two processes: designing and that of garment production. Perhaps, pattern cutting is to an accomplished designer what a brush is to an artist. It involves the conversion of a two-dimensional sketch to an actual garment that fits and moves on a three-dimensional body.[5]

Zero-waste design philosophy Zero-waste is a design process or philosophy which intends to eliminate fabric waste at the design conceptualization stage itself.[2] Pattern cutting plays a vital role in this design process. Unlike in the case of conventional garment manufacturing, the wastage of fabric during the pattern cutting process is quite meticulously taken into consideration at the designing phase itself.

Fig 2. A flat pattern of a top with a twist at centre bust

Zero-waste design finds its roots in longstanding practices of utilizing an entire piece of cloth so that none of it ends up in disposal fields. In the current scenario in the fashion industry, whenever sustainability is the preeminent theme, ZWPC has emerged as a useful means to create a sustainable approach to garment manufacturing.

The zero-waste approach towards designing and constructing garments is not entirely a new concept. Many historical clothing items consciously designed patterns and concepts wherein less fabric was wasted in the process of constructing fashionable garments. Some of the noteworthy examples of the zero-waste design philosophy include ethnic costumes and traditional national dresses.[8] The himation, chiton, peplos, and the likes worn by men and women in ancient Greece stand out as prime examples. In contemporary times, the saris adorned by women in India serve as an example of zero waste garment creation. In fact, the ancient Greek and contemporary Indian styles are based on the identical concept of using a rectangular piece of fabric with no cutting and sewing involved.  In both instances, a piece of cloth of rectangular shape is draped and pinned in place on the body.

Ancient Greek attire and the quintessential Indian saree also have one more aspect in common. They both permit almost endless possibilities in which one can drape and pin them [4] (fig 3 & fig 4). Many traditional attires depict an affinity to ‘Jigsaw Puzzle’ styling. The cut of a Japanese kimono is perhaps the best-known example showcasing a striking resemblance to a jigsaw puzzle (fig 5); the garment pieces are plotted to the width and length of the fabric. No fabric waste is created in the cutting process of a kimono. Superfluous fabric is used to create structure in the front neck by pleating it inside the collar instead of cutting and wasting it. Similarly, the curve is achieved at the bottom of the sleeve by simply easing the surplus seam allowance on the inside.

The utilization of the entire length and width of the fabric is not a new phenomenon. The zero-waste design process has been used in the construction of Japanese kimonos and also weaving of Indian saris as it ensures that valuable textiles are not wasted. However, this ideology became less popular and obsolete after the industrialization of fashion and the advent of fast fashion, which endorses the mass-production of garments.

The Pre-Industrial Revolution period saw textile production and garment manufacturing not only as highly time-consuming, but also as very labor-intensive. As fabrics were then considered as a valuable resource, Pre-Industrial Societies strived to incorporate and include every piece of fabric in the design. This resulted in almost 100 percent usage of the fabric. After the Industrial Revolution, the textile industry improved with the dawn of newer and faster technologies, which were being used in textile production. This resulted in fabric wastage being disregarded as a problem or of serious concern as fabrics had become inexpensive. In most instances, the cost of fabric waste had an insignificant impact on the profit margin.

Crucial in developing a keen understanding of the various creative pattern cutting methods is the knowledge of basic manipulation of shapes and forms and their relationship with the wearer’s body. This profound understanding can lead to a logical progression into the ZWPC approach towards the design and construction of fashion garments. Garments have progressed from simple shapes and forms. Understanding the correlation between the pattern, the fabric, the shape of the body is imperative; exploiting this equation ingeniously is equally important.

A zero-waste pattern that is a square does not, for example, have to be a poncho, as Japanese Fashion Designer Tomoko Nakamichi explains: “I began making patterns for garments, starting with the circle, then the triangle and the square…When you wrap these shapes around you, the excess fabric flares or drapes elegantly…Geometric figures can produce beautiful shapes.”

Creation of garment patterns with pockets, cuff, collar, gussets, and trims that connect like a jigsaw puzzle, or by directly draping geometric shapes on the drape forms happen to be two common approaches. However, there can be many approaches to a zero-waste garment construction (fig 6). There are no rules or fixed guidelines like in the case of conventional pattern cutting techniques, except one, i.e., there should be no single scrap left on the floor of the cutting room after the pattern is cut. This approach assists in eliminating millions of tons of garbage in the form of fabric off-cuts per year.[11] ZWPC has reconnected designers and garment manufacturers to two ideologies which were prevalent hundreds of years ago. First, being that fabric is in itself a finished product and second, placing greater emphasis on the role of a pattern cutter in the conventional hierarchy of garment designing and manufacturing.

Benefits of ZWPC and possible solutions to overcome its limitations

Though ZWPC has potential to completely transform the fashion design industry and its effects on the environment, the narrow understanding of the connection between fabrics and form place a restriction on the way the problem is approached.

Questions on how technology has in the past further enhanced shape form-making by pursuing some of the discoveries and innovations in the work of designers such as Issey Miyake and Dai Fujiwara in A-POC (1999 – present) should be raised. This can help decipher the root cause of the lack in understanding the codependency of fabrics and design.

The concept of ZWPC has not been a part of traditional fashion design education provided the world over. Zero – waste garment design entails intuitive and creative thinking about the design process as well as the final look of the garment. Therefore, active teaching strategies should be developed and implemented to train a new generation of designers equipped in ZWPC. Lastly, ZWPC which is closely linked to sustainability has the potential to act as a catalyst to a highly creative partnership between the design and cutting team; ultimately resulting in a commercially viable production model for the fashion industry.