Vocal for Local…except for the handloom sector? Amidst the widespread appeal for #MadeinIndia and #VocalforLocal, it seems that artisans have been left to fend for themselves…yet again.

This paper reviews and questions the need for the abolition of the handloom and handicrafts boards and considers the effect that this abolition will bring upon the informal sector of artisans and weavers in India. It draws similarities between the situation of this sector during the Pre-Khadi movement and that of it today, having been left without government aid in the middle of an economic crisis.

The Vocal for Local campaign harkens back to more than a century ago, when Mahatma Gandhi appealed for the ‘Swadeshi movement’ in 1906. And at the helm of this appeal was the handloom sector of India. The Industrial Revolution brought upon a wave of cheap, mass-produced textiles from Britain into Indian markets, and the handloom sector took a severe blow. The handloom fabrics, slow to produce and subject to human errors, could not hold ground against the flawlessness, low prices and endless supply of machine-made textiles.

Local artisans, impoverished and plagued with unemployment, suffered unyielding distress with no alternative industry to turn to. The crisis was so serious in severity that even the colonial government could not bear to overlook it. After year-long discussions with the leaders of the handloom sector, the establishment of the All India Handloom Board was proposed by the committee in 1942. The goals of this board were to bridge the gap between the government and the weavers, to provide them with a platform to voice their concerns, to enable and facilitate the adequate supply of raw material, to market handloom products and to ensure the overall welfare of the handloom segment in India.

In 1948, the cottage Industries Board (CIB) was established and the existing Handloom Committee was subsumed into the CIB. The establishment of this board emphasised rural economic development through small-scale, cottage and village industries, to uplift the rural masses in the country. Later, in 1952, to further prioritise and expedite the prosperity of the handloom weavers and artisans, the All India Handloom Board and All India Handicrafts Board were separated from the CIB. These sectors have heavily contributed towards the empowerment and upliftment of women in India. We have national leaders like Kamaladevi Chattopadhyay and Pupul Jayakar to thank for their arduous efforts to recognise and preserve the handloom and handicrafts sector.

Handloom Sector: The Heart of India

Today, the handloom sector is an indispensable contributor to employment generation in India, second only to agriculture. While agriculture may be the backbone of the country, our traditional artisanal textiles and crafts are undeniably the heart. The handloom and handicraft sector is responsible for the livelihoods of 32 million in India, an overwhelming majority of whom belong to economically impoverished backward castes, scheduled tribes, scheduled castes and minorities.

The industry has weathered numerous adversities during the colonial era, without much better regard by the post-colonial Indian government. The termination of the All India Handloom Board on July 27th, and the All India Handicrafts Board on August 4th, 2020 comes as just another manifestation of the same neglect that this sector has been facing for decades despite the significance of its contributions to both our economy, as well as our heritage. To put it into numbers, the handicrafts sector generated Rs. 3,67,898 crores through exports and Rs. 12,678 crores domestically. Additionally, the handloom sector earned Rs. 2,280 crores in exports and Rs. 2,75,000 crores in domestic trade. With numbers as staggering as this, the consistency of government neglect towards the sector should come as a shock. And yet, the informal sector has been once again pushed back to cope alone.

The Repetition of History

With the onset of the novel coronavirus, and the economy crashing, the abolition of these boards implies the government’s retraction of responsibility towards the sustenance of the sector. Directing the funds instead to capitalistic organisations, the government seems to be robbing the weavers and artisans of their self-reliance and independence. This move will most likely cast our artisans into the throes of starvation and exploitation at the hands of large multinational corporations. One cannot help but see the resemblance of this situation to that prior the Khadi Movement. Once again, our weavers find themselves without any government aids, in the middle of an economic crisis, competing with powerloom-fabrics and machine-made crafts. Do the mantras of Make in India and Vocal for Local hold any substance if those at the core of domestic production are struggling?

With some justifying the cause of abolition to be the inefficiency showcased by the boards in recent years, it is imperative that new boards be set up and adequate funds be allocated to the sector immediately.

While a healthy assimilation and growth of multinational corporations may be essential in carving a way forward for India, leaving our artisans, and with them, our culture behind, is definitely not an option.

Be Truly Vocal for Local

Now more than ever, the handlooms and handicrafts sector needs civic support on a grassroot level. By opting for handloom textiles and handicrafts over machine-made home accessories and fashion apparel, each one of us can contribute to sustain our artisans and weavers. With several NGOs and brands advocating and supporting traditional handmade products, it is easier than ever before to find and purchase high-quality, authentic goods. After all, the cause is much greater than just rural upliftment. Handlooms and handicrafts are also at the crux of the sustainability movement. They are not objects of antiquity that we must hold onto, but the tools with which we must chisel and shape our future.

The abolition of the handloom and handicrafts boards will have harsh repercussions on these sectors, that will only be exacerbated by the ongoing pandemic and economic crisis. With a situation very similar to this having unfolded almost a century ago, we must learn from history and allocate resources to help the sector cope better. Handlooms and handicrafts contribute greatly to foreign exchange in the country and present viable prospects for the development of the country. Even from the environmental point of view, handlooms and handicrafts play an instrumental part in the sustainability movement. This paper appeals for civic support at the individual level to keep the sector from capitalistic exploitation. 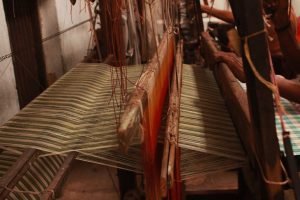 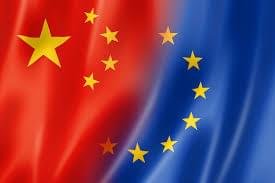 CULTURE AND TEXTILES OF PORTUGAL