A loom is a machine or device which is used to produce the woven fabric. It is the central point of the whole process of cloth production. In other words, a loom is a mechanism or tool used for weaving yarn and thread into textiles. Looms vary in a wide assortment of sizes. They come in huge free standing handlooms, tiny hand-held frames, to vast automatic mechanical tools. A loom can as well pertain to an electric line construction like that of a wiring loom. The main task of looms is to clutch the twist threads under pressure to enable the progress of the interweaving of the woof strands. The loom’s system and exact form can diner to some extent; however it still performs the basic application. A primitive loom is generally by sinking the frame into the ground and the work inside the pit by both feet. The framework is of bamboo. This loom had been known to be in use in 5000 to 6000 years B.C. This loom is still used for weaving silk pieces, silk shirting, and sarees, Muslim, etc.by derivative weavers. Pit loom This loom is created by sunken four posters into the ground and with an overhang sley. The thread work inside the pit, so that the warp threads may absorb moisture and better weaving will result.ln, this looms the combination of sley & shuttle boxes.ln 1733 A.D John kay of Bury, England invented the”Fly Shuttle”.This invention was an extremely important event in the history and development of weaving. Frame looms almost have similar mechanisms that ground looms hold. The loom was made of rods and panels fastened at the right angles to construct a form similar to a box to make it more handy and manageable. This type of loom is being utilized even until now due to its economy and portability. Chittaranjan type of semiautomatic loom of sturdy construction made of iron and wood commonly used in Bengal is known as Chittaranjan loom. This loom also called Japan loom. Hattersley Loom: ln 1856 Hattersley and hill of Keighley, Yorkshire act in the same manner as a power loom excepting the movement of the slay which may either be operated manually or by motive power to the top shaft, but the loom is constructed with lighter forming. 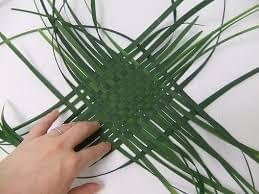 Noise pollution and its control in a weaving plant 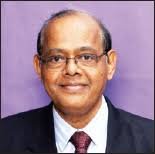 Building Sustainable Value Chain: Is it a Choice or Compulsion