Introduction –
Most of the process industries such as textile, sugar, pharmaceutical, pesticide, pigment manufacturing etc. consume large amount of water. This water after use gets contaminated (or polluted) with the chemicals used in the process. This is then discharged out as effluents. The type of effluent generated depends on the products manufactured. Even in the same industry the nature and volume of effluent varies due to unit specific processes adopted by each unit based on their unique requirements. This means that although a general treatment process may be similar, each customer will need a specific design of ETP to treat his effluent adequately. Hence for each customer for design of wastewater treatment plant (or ETP as is known popularly) we need to have data not only on quality and quantity of effluent, but also on its treatability options.

What is treatability study? These are laboratory scale experiments / trials basically carried out to evaluate all the options available for treatment of particular waste water.

Quite a few years back at many mills ETPs were built using “thumb rule” calculations for sizing and dosages. However in many instances lot of modifications were later required to ensure an even minimum performance level.

About couple of years back we used this tool to improve and optimize performance of ETP at one of leading mills.

Background
One of the leading textile dyeing company (in Western Maharashtra) is in operation over last many years.

Company was having conventional treatment system for treating effluent generated in the process.

Though the unit was meeting the then existing effluent treatment norms, in order to meet the future requirements regarding ETP norms, company was proactively thinking going for ZLD in a step wise manner.

Solution –
After a series of discussions with end user approach for moving forward and performance optimization was discussed and implemented. It was decided that ETP adequacy assessment & treatability studies with both physic-chemical and biological processes will be used for developing the solutions to the problems faced by the ETP team.

Paralleley effluent treatment plant system assessment was performed. This included studying performance of all units of existing treatment plant. For ding this check list was developed and used for collecting data and correlating it with system performance was done.

Doing this assessment helped in establishing system performance as well as its capacity. At the end of this study a process flow diagram was developed for suggested treatment process and based on this PFD and system assessment it was found that ETP was adequate to handle the design volumetric load provided some minor process changes are made in both existing primary and tertiary treatment units.

Textile effluent is very dynamic and keeps changing on day to day basis considering the variable dyeing & processing recipes that are used in process house which depend on the market requirements.

During the treatability studies it was also found that “Jar test” needs to be done on daily basis for both primary & tertiary treatment to determine the dose of chemicals needed. This has helped the mill in optimizing the chemical consumptions. It was noticed that almost 18- 20% reduction in chemical consumption happened after few weeks of implementation. This also helped in reducing consequent sludge generation. Lab protocol –
Effluen samples were collected, both grab and composite.
The samples were analyzed for routine parameters like pH, COD, BOD, TDS, TSS etc.
Both physico chemical & biolodegradation studies were done. Biodegradation studies were done in batch mode – both in aerobic and anaerobic mode. Though Anaerobic degradaton did occur it was not very significant. Anaerobic and hence was not explored further.

Aerobic batch Bio –
In a litre of effluent sample, biomass was added to have an MLSS quantity of 3 to 5 g/L. Nutrients as a source of N & P were added in sufficient quantity. Aeration was ensured through an aerator and a suitable diffuser. Proper mixing was ensured during the process.
Samples were drawn at predetermined intervals to check COD. Result
On the basis of process flow diagram end user implemented the suggested changes and successfully made the process work on the basis of experience gained during treatability studies. Based on the physico chemical and aerobic biological combination end user has achieved his internal bench mark. This unique approach for developing solution for a complex effluent reduces COD by over 40% in primary stage, thus improving overall treatment efficiency in aerobic treatment. Overall reduction in COD is around 92-95% from 2000- 2500 ppm to less than a limit prescribed by the customer’s internal standard itself speaks of the achievement. 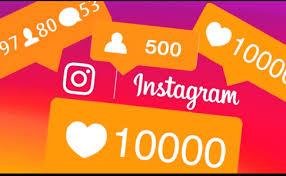 GetInsta: Best Tool To Get Free Instagram Followers And Likes India’s Textile Industry gets a saviour and benefactor in Budget 2021. 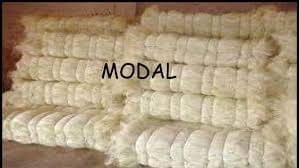