Liechtenstein is a tiny, beautiful country located in the heart of Europe. The citizens of this politically neutral principality enjoy a peaceful and prosperous existence in the midst of a scenic Alpine landscape. Liechtenstein is a landlocked country located in the Rhine River valley between Switzerland and Austria. With an area of roughly 62 square miles, slightly smaller than Washington, D.C.—it is Europe’s fourth-smallest country. Liechtenstein has a population of approximately 30,000 people. Of these, about two-thirds are native-born residents of Alemannic descent. The rest are immigrants from Switzerland, Austria, and other countries. Standard German is the official language of Liechtenstein. Roman Catholicism is the state religion of Liechtenstein, and about 85 per cent of the people are Catholic.

The people of Liechtenstein wear similar clothing to people in the U.S. They wear modern, Western-style clothing for both casual and formal occasions. They dress neatly and conservatively in public. Their traditional costumes, or Trachten, are worn only rarely, for festivals and other special occasions. The women’s costume has a gathered waist, a full skirt, and an apron, while men wear knee-length breeches, a flat black hat, and a loden (woollen) jacket.

The skirt of Liechtenstein’s Trachten is black and the blouse is white with crocheted and bobbin laced necklines and sleeves. The bodices and aprons made of silk where traditionally red or brownish-red though are now also available in blue and green. All bodices are adorned with silver embroidery including a prominently placed princely crown in the middle of the bodice. The Tracht includes a black wheel-shaped bonnet for women featuring silver embroidery on its back. White lace gloves, white stockings and black shoes with a silver buckle complete the Liechtenstein national dress. (The festive holiday clothing that is. The look of the daily version can differ. While Trachten for young and teenage girls look slightly different, they are manufactured in the same colouring scheme. The different versions date back to at least the 1930’s and include, in addition to the wheel-shaped bonnet, floral headbands (called Schappile) and, in others municipalities, crown-shaped headpieces (called Krönle).

In difference to its female counterparts, there are no historical information available giving a glimpse how the Trachten for men and boys used to look like. Today’s national dress for men is thus based on Trachten created in 1962 for the national dress association of Schellenberg. Three years later, the Liechtensteinische Trachtenvereinigung (Association of the National Dress of Liechtenstein) was founded. It can usually be spotted around the time of the Principality’s national day.

A dirndl is the name of a feminine dress which originated in German-speaking areas of the Alps. It is traditionally worn by women and girls in southern Germany, Austria, Liechtenstein, Switzerland and Alpine regions of Italy. A dirndl consists of a close-fitting bodice featuring a low neckline, a blouse worn under the bodice, a wide high-waisted skirt and an apron. The dirndl is regarded as a folk costume (Tracht in German). It was developed during the 18th century, based on the traditional clothing of Alpine peasants. Today it is generally considered the traditional dress for women and girls in the Alps, and has particular designs associated with different regions. The usual masculine tracht counterpart of the dirndl is Lederhosen.

Traditional dirndls vary in design between regions and even villages. The different details may indicate the place of origin and social status of the wearer. As with other folk costumes, traditional dirndls often come in two forms: one for everyday occasions, the other for traditional festivals and formal wear. Dirndls worn in everyday use are rural domestic clothing, made from grey or coloured linen, sometimes with leather bodice and trim. Dirndls used on formal occasions are usually made with materials, designs, colours and embroidery specific to the region. In more traditional designs, the blouse worn on formal occasions features an elaborate collar made from lace or tassels, which draped over the shoulders and breast.

In the 19th century the dirndl was adopted by the upper and middle classes as a fashion style, and has subsequently spread as a fashion outside its area of origin. There are many varieties of adaptations from the original folk designs. The dirndl is also worn as an ethnic costume by German diaspora populations in other countries. 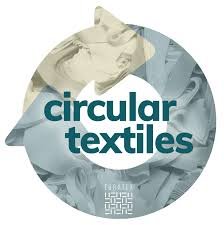 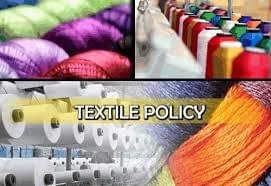