The tradition of Indian Handloom : Handloom sectors in Kerala Handloom fabrics and weavers form an integral part of rich culture,heritage and traditional of India. Apart from providing of the basic need of the human being, along with the sizable contribution to GDP and exports, this industry provides direct and indirect employment to lakhs of people and rural and urban area. Handloom is one of the largest employment providers after agriculture in India. Ninety percentages of world’s hand-woven fabrics come from India. The sector is very important from the point of view of its size and employment
potential. The relevance of the handloom sector in the agrarian economy is massive because of its linkages with crucial and sensitive sectors like agriculture. It uses agricultural products as raw materials and therefore, provides an ever-ready market for agricultural
produce. Therefore, in an economy where majority of people rely on agrarian sector for their livelihood, the significance of handloom is well understood. The traditional significance of this sector along with its inseparable links with our ancient cultural heritage further
expounds the vitality of this sector. This 5000-year-old Textile industry has a broad spectrum of production techniques ranging from hand-operated to automatic technology. It is predominantly domestic oriented industry with cotton as the primary raw material.

Importance of Handloom Sector
Being the largest cottage industry in the country, Indian handloom segment is ancient and has immensely served in employment of about 65 lacs of people engaged in weaving and other allied services. Because of viable Government intercession through monetary help
and execution of different formative and welfare plots, this part has had the option to withstand rivalry from the power loom and plant segments. This division contributes almost 19% of the all-out material created in the nation and furthermore adds considerably to send out income. Handloom is unmatched in its adaptability and flexibility,
allowing experimentation and empowering advancements. The quality of Handloom lies in the presenting creative structures, which can’t be recreated by the Power loom area. In this manner, Handloom frames a piece of the legacy of India and represents the lavishness and assorted variety of our nation and the aesthetics of the weavers.

Handloom sectors of Kerala
Kerala has a long-lasting tradition of weaving and handloom production, dating back to hundreds of years, once known worldwide and applauded for its uniqueness. The handloom sector in Kerala employs about 1.75 lakh of people directly and indirectly and this stands second to the coirsector in providing employment among the traditional industries of the state.The handloom industry in the state is concentrated in Thiruvananthapuram, Kannur, Kozhikode, Palakkad, Ernakulam, Thrissur, Kollam and Kasaragod Districts.The
Kerala Kasavu sarees are praised by women all over India for their fineness of count and natural colours, texture and golden borders. Kerala is also known for the manufacture of cotton handloom fabrics in Kannur, Vadakara and Kozhikode and has captured an export
market. Balaramapuram in Thiruvananathapuram district is the most historically important and one of the oldest handloom centres in Kerala.

The weavers belonging to Chaliyas community migrated from Nagarcoil and
Thirunelveli in Tamilnadu during the period of Balaramavarma, ruler of Travancore about 250 years back. Kuthampully in Thrissur District is also well known for handloom fabrics. In KuthampullyDevangas migrated from Karnataka are engaged in

weaving. It is believed that this community of traditional weavers were brought by the Kochi Royal family about 500 years back to make dress exclusively for the palace. Chennamangalam in Ernakulam District is also an important handloom centre

in Kerala. Here, the weavers are producing the Double Dhoti and Mundu and Neriyathu.
Competition from Tamilnadu handloom sector is another problem faced by the handloom sector in Kerala. This also affects the market of the Kerala handloom products. For the efficient use of all the resources the employment of a suitable human
force is essential. The need for capable working force is ever increasing more and better trained employees are constantly needed in all enterprises. Manpower planning plays a vital role in the achievement of the common goals of the enterprise.
One of the major problem relating to labour in the handloom sector is training to the labours. The basic requirement for the development of the industry is constant technical improvement. Due to lack of adequate and properly trained workers, the
handloom sector is unable to pay constant attention to the technical improvement that makes the handloom cloth more durable and more attractive to the consumers.
Some of the Kerala handloom products having geographical indication tags, and these include Chennamangalamsarees, Kuthampullysarees and Kannur sarees. These fabrics are popular among public. The fabrics are coloured with lasting quality materials certified by geographical indications registry. The weavers followed the traditional methods in the early days to produce Indian clothing like Kasavu, double dhoti, veshti and settumundu. All traditional handloom is a part of village life in Kerala. The handwork of traditional weavers is blended with contemporary concept to offer creative value addition to handloom products. Rhythm of the looms weaving together resonates in the air to remind the new generation about the glorious past this cottage industry had in the Kerala society.
Very society or handloom cluster have their own importance. 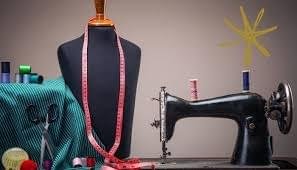