Denim is one of the most popular types of clothing around the world- the go-to garment for variety of works and social situations. Practically everyone has a favorite pair they pull on when all else fails. Denim isn’t going anywhere soon. It’s clear denim is one of the dearest garment in the clothing industry. But in an age of conscious consumerism and an interest in the story behind a brand is starting to take precedence.
We love our denim, so much that the average consumer buys four pairs of jeans a year. Denim is loved across ages, genders, countries and styles and few items of clothing smash social barriers better than a faithful pair of jeans. It’s the undisputed champion of garments with work-wear, revolution and social values woven into its identity. The demand and the market for denim are not going anywhere.
Unfortunately, the mass appeal of denim has turned into a problem for our environment and for the people who produce it. Look what happened to one river delta in China, dyed blue from nearby denim factories. Or consider the practice of sandblasting jeans to get that trendy faded look- an act that’s extremely hazardous to workers health and well-being. In the past however, the denim industry has been a large consumer of water, insecticides, pesticides, and energy as well as uses harmful chemicals in the dying/finishing processes. The industry needs to find ways to help clean up the process and build a more sustainable supply chain.
Now, with the incorporation of circular economy principles, the denim industry can become the sustainable, circular leader to spearhead a textiles revolution. Starting on the 17th of April, Amsterdam turned blue for an entire week. The city hosted ‘Denim Days’, a series of industry events, trade shows, seminars and a denim festival centered around the ever-popular indigo blue fabric. Our own Jade Wilting (Project Coordinator Circle Textiles Programmed) spoke at The Blue Print Festival, on the future of denim, and explored the question, is there a future for denim without circularity? We see that while the denim industry as a whole has yet to become circular, competitive companies are moving in the right direction, with some frontrunners already firmly rooting their business models in circularity.
While we don’t condone quick changing trends that create obsolete fashion monthly, we can’t help but get excited about a growing demand for mono-material jeans and raw denim. Raw denim is the godfather of all denim. It is unwashed and characterized by its rigid structure and deep blue color. In contrast, most of the jeans that we buy have been through a series of industrial washings to soften and add aesthetic effects to the trousers. Raw denim aficionados swear off washing their trousers for at least the first 6 months after purchase to get a natural fade, custom-made by one’s own wearing. As you might have guessed, raw denim jeans need much less water in the production process, and the culture around raw denim lends itself perfectly to circularity. It’s all about retaining the value of the jeans for as long as possible through repair, re-wear and less washing. The movement toward non-stretch, rigid denim is a move in the right direction when it comes to circularity.
The denim industry has come a long way. Technological advancements continue to decrease its impact, but the next steps require the industry to adopt a more circular model. It is important to remember that true circularity requires thinking beyond decreasing the impact and considering how design, repair ability, and recycling can play a role in circularity.
In the post COVID-19 period, the market’s key fundamental growth drivers will re-emerge such as expanding urban population; changing perceptions about “executive wear”, convergence of business , flexible tastes of new-age entrepreneurs and the resulting acceptance of jeans as business casual attire for men even in boardrooms; rise of power jeans in high ranking business and political circles; robust outlook for luxury denim business; growing base of women in the workforce; rising environmental stewardship among consumers and the ensuing demand for natural and organic denims. The market will benefit from innovations ranging from distressed, acid washed, stone washed, embroidered, metal studded, high-rise, low-rise, mid-rise, skinny and bell bottomed jeans coupled with developments in material design and style such as digitally printed jeans, vegan fabrics, sophisticated weaves, superior stretch performance and novel fiber blends. Ripped jeans that stormed into the spotlight in the 1980s during the hard rock/heavy metal era in the 1990s and 2000s continues to remain widely popular even today. Westernization of dress and clothing and rising visibility of fast-fashion brands like Zara and H&M will open up markets which traditionally resisted the jeans culture and will bring in new opportunities for growth. Asia-Pacific is a major market led by China which ranks as the world’s largest cotton grower and a leading denim weaver. Other factors which were responsible for the region’s growth included rising standards of living, increasing disposable incomes, preference for high-end and premium designer labels among the expanding base of affluent middle class population, globalization of fashion trends, changing cultural norms and breakdown of cultural imperialism all which lay the foundation for the acceptance of jeans.

Case for enhancement in support not reduction Some views about GST from Kalbadevi Market, Mumbai, Maharashtra, INDIA 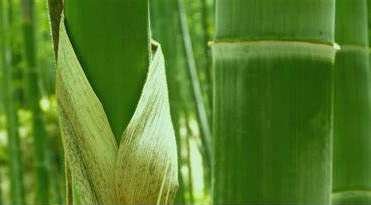