The country contains approximately 340 islands. Its area is 466 square kilo meters (180 sq mi). Also, parts of the Federated States of Micronesia, forms the western chain of the Caroline Islands. The most populous island is Koror. The capital Ngerulmud is located on the nearby island of Babeldaob, in Melekeok State. Palau shares maritime boundaries with international waters to the north, Micronesia to the east, Indonesia to the south, and the Philippines to the west.

The country was originally settled approximately 3,000 years ago by migrants from Maritime Southeast Asia. Spain was the first European nation to explore the islands in the 16th century. They were made part of the Spanish East Indies in 1574. Palau was made a part of the United States-governed Trust Territory of the Pacific Islands in 1947. Having voted against joining the Federated States of Micronesia in 1979, the islands gained full sovereignty in 1994 under a Compact of Free Association with the United States.

Politically, Palau is a presidential republic in free association with the United States, which provides defense, funding, and access to social services. Legislative power is concentrated in the bicameral Palau National Congress. Palau’s economy is based mainly on tourism, subsistence agriculture and fishing, with a significant portion of gross national product (GNP) derived from foreign aid. The country uses the United States dollar as its currency.

Palauan society follows a very strict matrilineal system. Matrilineal practices are seen in nearly every aspect of Palauan tradition. Especially in funeral, marriage, inheritance and the passing of traditional titles. The system probably had its origins from the Philippine archipelago, which had a similar system until the archipelago was colonized by Spain.

The cuisine includes local foods such as cassava, taro, yam, potato, fish and pork. Western cuisine is favoured among young Palauans and the locals are joined by foreign tourists. The rest of Micronesia is similar with much less tourism, leading to fewer restaurants. Tourists eat mainly at their hotels on such islands. Some local foods include an alcoholic drink made from coconut on the tree; the drink made from the roots of the kava; and the chewing of betel nuts.

The traditional government system still influences the nation’s affairs, leading the federal government to repeatedly attempt to limit its power. Many of these attempts took the form of amendments to the constitution that were supported by the corporate sector to protect what they deemed should be free economic zones.

Pragmatic adaptation, persistence of wealth-exchange customs, and competition characterize Palauan society. Palauans adapted to a century of colonial intrusion Spanish, German, Japanese, and American. By viewing reality as something imposed from the outside to which one must adjust quickly if it is to be manipulated.

Reciprocity and redistribution customs carried out between clans exchange food and services for money and gifts at births, house completions, and funerals. Women are the strength of society and control land, money, and titles. Men, previously occupied as fishermen and warriors, continue their traditional tasks in the rural areas and, as an adaptation to modern society, compete for elected office and in business.

Traditional art forms persist in chants and storyboards, which are now made for sale to tourists rather than for decoration of men’s clubhouses. The Belau National Museum (1955) in Koror has a small but instructive collection of artifacts. The Etpison Museum (1999), also located in Koror, has photographs, maps, and cultural artifacts among its collections.

Palauan is a Western Austronesian language and is very complex in that it has many irregularities that make formulation of grammatical and lexical rules difficult. Sonsorolese-Tobian, another native language, is spoken on the southwest islands. Palauan, Sonsorolese-Tobian, and English are the official languages of Palau.

The islands were inhabited from 3,000 to 2,000 years ago by successive waves of Malays from Indonesia, Melanesians from New Guinea, Philippine natives, and some Polynesians from outlying Polynesian islands in Micronesia.

This resulted in a diverse population, which since the late 18th century has also included Europeans, Japanese, and Americans. The southwest islanders, are the only minority group, who are culturally and linguistically distinct from the Palauans. They trace their origin to a group of ancestral survivors of one or more canoes that drifted to Sonsorol from Ulithi Atoll, northeast of Yap.

The indigenous Palauan religion of powerful ancestral and nature spirits was supplanted by Christianity, brought by missionaries. Slightly more than half the population is Roman Catholic; just over one-fourth is Protestant. There are smaller numbers of Seventh-day Adventists, Jehovah’s Witnesses, Mormons, and members of other faiths.

Palauan women, like their male counterparts, traditionally used to go topless in the past. They used only a two-piece skirt and a few garlands as costumes. Today, some local women still continue their traditional dressing, although more covered and conservative styles of modern clothing have found their way into their culture, especially with the heavy influx of tourists.

Palau is a tropical island and a very casual place when it comes to attire. T-shirts, shorts and flip-flops (rubber slippers) are appropriate at all times with very few exceptions. For those who want to dress up, a polo shirt, aloha shirt or blouse will usually suffice.

The most important branch of the fiber industry is making the ‘kariuth’, the women’s skirts. They make up the entire dress of women. They are made in many different patterns, being characterized by their appropriateness, as well as by excellence of the work. In this respect, by their variety, they far surpass similar products of the other islands of the Pacific known thus far.

For costumes, Palauans also have special costumes that are worn for important ceremonies or important occasions. Palau’s Sylvia Kloulubak of Cheldoech Jewellery is committed preserving the legacy of a business of making glass bead jewellery.

Cheldoech is a Palauan term that means radiate or glow because of the glass. The term “Cheldoech” is still used to refer to the ancient Palauan women’s money beads.

Early Palauans used beads of colored glass or high-fired clay (not found in Palau) as money in a complex exchange system.

Each piece was named, its clan ownership known, and its specific shape memorized by Palau’s elders. A clan’s history can be told through its money and the money continues to be used in traditional marriage and first child ceremonies, the past history of the money verified by the recipient. Turtle shell jewelry that is displayed at the Palau Night Market. CULTURE, CRAFTS AND TEXTILES OF AUSTRALIA From Digitization, Through Digitalization To Digital Transformation: It’s Time To Think Smart 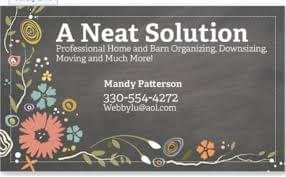