The textile industry in Mozambique originated in the production of natural fibers including cotton and sisal mainly for exports. Its first textile mill, Text Africa, was established in the late 1940s, and a modest cotton-based textile and clothing industry developed steadily until 1974. In that year, the country experienced a mass exodus of Portuguese residents who had held nearly all managerial and technical positions.

CAPULANA: The Versatile Textile From Mozambique

I t ’ s known as the Kanga in Tanzania and Kenya, Pagne in Senegal and Congo, Lappa in N i g e r i a , a n d t h e L e s o i n Mombasa. But in Mozambique, it’s referred to as Capulana. Considered a traditional fabric, the Capulana is a vibrant cotton cloth with dynamic prints and a multitasking core. Its ability to fulfil multiple roles in everyday life is a major part of its charm. For instance, it’s often used as a shawl against the cold and a protective cover from the sun. Mozambican mothers use it as a sling (which is called “neneca“) to carry their babies on their backs. Women working in the country side wrap it around their skirts as a dust barrier. But it’s popular with local tailors who fashion it into shoes, cushion covers, bags, clothes, and interior décor items Mozambique’s coastal people and Portuguese traders brought the Capulana to the country between the 9th and 10th century. N o r t h e r n M o z a m b i q u e i s considered the cynosure of the Capulana. According to the book ‘Capulanas & Lenços’, published by Missanga, the women from the north are credited for their creativity when fashioning the Capulana. ‘Women here wear several Capulanas, one over another, and sheets or other C a p u l a n a s o n  t h e  h e a d , a r t i s t i c a l l y  p r e p a r e d a s a headdress, in perfectly combined colours and patterns’Starting f r o m t h e c o a s t , t h e c l o t h gradually made its way inland. Originally, only the people in power had the right to own and use the fabric. With time, all walks of life were permitted to use it.

‘Mozambique on the Move’, the cloth was traditionally used as ‘identity markers, symbols of love, means of communication and a r c h i v e s o f h i s t o r y a n d memories.’ The Capulana is i n t i m a t e l y l i n k e d w i t h Mozambican women, young and old. So much so, it’s considered a symbol of belonging in the country.Though it’s influenced by Swahili culture, this textile is a synthesis of local culture and foreign elements. The print of the Capulana draws inspiration from the Indonesian sarong and the Indian sari. They then added elements such as the strip around the edge and larger motifs in the middle of the cloth. The design ev o l u t i on o f t h e C a p u l a n a patterns can be attributed to co- creation. According to ‘Design activism beautiful strangeness for a Sustainable World’ by A. Fuad- Luke, the participation of the population with naming and design development improves the chances of a more effective design outcome.

Fashion wise, it is a textile that has been used by international and local designers. Designers that have worked with the fabric include Wacy Zacarias with her Woogui brand and Karingana Wa Karingana, Stella Jean, Xipixi, I They may be more expensive but they are considered the best quality. The only thing standard is the dimensions (2 meters by one) of the Capulanas. For tips on where to shop, you can find some suggestions here.Like many of the textiles featured so far, some edits have been m a d e t o m a k e i t m o r e appealing to the mass market. For s t arters, while i t was traditionally worn and used by women, men and children  f r e e l y u s e i t a s w e l l . Additionally, it can’t be ignored that the Capulana has slowly b e e n l o s i n g i t s f o r m e r governing interpretation. The modern versions have been somewhat domesticated by western fashion trends. 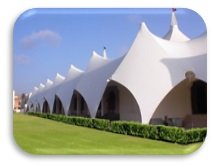