The Northern Mariana Islands, officially the Commonwealth of the Northern Mariana Islands is an insular area and commonwealth of the United States consisting of 14 islands in the northwestern Pacific Ocean. The CNMI includes the 14 northernmost islands in the Mariana Archipelago; the southernmost island, Guam, is a separate U.S. territory. The CNMI and Guam are the westernmost territories of the United States.

The United States Department of the Interior cites a landmass of 183.5 square miles (475.26 km2). According to the 2010 United States Census, 53,883 people were living in the CNMI at that time. The vast majority of the population resides on Saipan, Tinian, and Rota. The other islands of the Northern Marianas are sparsely inhabited; the most notable among these is Pagan, which for various reasons over the centuries has experienced major population flux, but formerly had residents numbering in the thousands.

The administrative center is Capitol Hill, a village in northwestern Saipan. However, most publications consider Saipan to be the capital because the island is governed as a single municipality.

Much of the Chamorro culture in the Mariana Islands was heavily influenced by the Spanish during the Spanish era, as well as by the Germans and Japanese. Respect is an important part of Chamorro culture, and one common display is the tradition of “manngingi'”. This tradition has been around for centuries and involves an elder and a young Chamorro child. The child takes the hand of the elder, places it on their nose and says ñot to the men and ñora to the women with the elders responding diosti ayudi (from spanish Señor, Señora, Dios Te Ayude), meaning “God help you”.

The Carolinian people had to give up native dress for more modest Western clothing.

Women in different cases would wear a long skirt up to the bottom of their breasts. 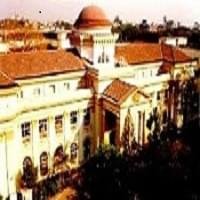