The Indian Textile industry is expected to reinvent itself through the scheme for Integrated Textile Parks and there are now 61 such textile-apparel parks across the country. The process of setting-up of the textile parks started in 2005 i.e. immediately after the dismantling of quotas (which ideally should have been initiated at last 5 years before!) with over Rs.4000 Cr. as estimated outlay. Out of the 61 parks, 21 are relatively new projects with an outlay of Rs.2329 Cr.  Most of these projects are concentrated in the States of Andhra Pradesh, Karnataka, Maharashtra, Rajasthan and Tamil Nadu.

The original textile map of the country as seen from the point of view of employment figures in T&C industry had the following States with maximum textile-apparel clusters : Tamil Nadu (27%), West Bengal (11%), Karnataka (11%), Gujarat (10%), Maharashtra (8%), Haryana, Rajasthan & Punjab (5% each) and so on. If these major traditional textile clusters and new textile parks as hyper activity Centres run to full capacity and stride towards the direction which the Government of India and many State Govts have envisaged, the Indian textile and apparel value chain would have by now made an impact in the Global Textile Apparel Market place. An Evaluation Study report of the scheme (January 2013) has observed that the scheme of Textile Parks has helped in upgrading technologies, and raising more industry support with only 40% grant support coming from Government of India.  There are 592 operational units in 26 parks in 9 states and the scheme has been instrumental in developing a wide range of models including green clusters, a 1000 acre FDI driven integrated cluster, 100 acre powerloom clusters, 20 acre handloom clusters etc. In the years from 2009-10 to 2012-13, Rs.1276 Cr. have been allocated for Integrated Skill Parks and for 12th FYP also over Rs.1900 Cr. have been allocated for further development. Therefore there has been intent, action and funds allocation to revive textile-apparel chain in the country especially from 2005, an inflection point in many ways. Then what ails this age old industry and the apparel-led textile value chain which was trumpeted around? Despite attempts to develop such world class infrastructure why is that Indian textile and apparel value chain is not being seen as a dominant global force ?

It is abundantly clear that the Preparatory Phase prior to 2005 which was available to the T&C industry was used mostly by the spinning industry and has been woefully missed out by apparel industry and also not sufficiently used by the textile weaving industry. Completely absent from the scene was the processing part of the chain which has proved to be the Achilles heel in the T&C  industry’s forward strides.

A study by ICRIER (2010) had indicated that availability of power, fluctuating raw-material costs, high transaction costs and corruption are major constraints faced by the Indian Textile-Apparel Industries.  Along with macro / micro level constraints there are also firm level constraints which were identified which included insufficient  investment in modernization and absence of necessary skilled workforce and lack of international marketing capabilities.  Many of the exporters have pointed out also about labour compliance as one of the key constraints, along with lack of sufficient focus and funds for R&D efforts.

The National Skill Development Corporation’s Textile Sector report for 2022 had interalia projected, the main challenges before the T&C industry as : –

The report also observed that the share of shuttle less looms in Indian textile industry is only 2-3% against a world average of 16.9% thereby indicating a low degree of modernization in the Indian textile weaving industry.  Further, it was pointed out that though Indian spinning sector is relatively more modernized, about 60% of the installed spindles are more than 10 years old and Open End (OE) Rotors account for only 1% of the total installed spindles.  In the apparel sectors also, India has considerably lower investment in Special Purpose Machines and IT integration which affect the productivity and cycle times adversely.

India with more 1.2 billion population with GDP per capita (on PPP basis) of Rs. 3851.3 in 2012, is undoubtedly a large consuming market.  The main reason for lack of visible progress of the industry is the failure to recognize the need to change the perspective from that of ‘Textile & Clothing Industries’ to ‘Fashion & Lifestyle Industries’ eco-system, driven by the Global Fashion Supply Chain with both exports and domestic industry as two sides of the same coin. The Textile Ministry has recently raised an export target for T&T sector to US$ 41 billion from US$ 38 billion for the current year 2012-13 and the recent Rupee depreciation is expected to help the cause to some extent.  The trade pact with EU which was seen as a silver lining seem to have receded which will make it tougher to achieve such ambitious targets.

India has become part of a global fashion value chain, since the economic liberalization began. However, when it comes to Textiles and Apparel we seem to have lost the plot to achieve a dominant position in the global market place. The industry, Govt. and other stakeholders continue to view the textile-apparel industry in a rather fragmented manner. The moment the approach is changed to a sharper focus on the ultimate ‘consumer’, moving away from the current fragmented approach, the industry will be enabled to absorb changes and move forward. In a recent forensic report on competitiveness (2013) made by an AEPC’s overseas consultant it has been reported that India has become expensive in terms of sourcing of garments because of erratic power supply, poor logistics support, dysfunctional labour regulations and that of restraining the garment sector’s growth by confining to SME etc.  The report also indicated that in Asia, any increase in productivity is linked to ‘labour skills’ and therefore, the quality and efficiency of training are paramount.  Of course, the ISDS of MoT, GOI is an effort towards improving the skill levels of the shopfloor workforce to a higher level through rigorous training and organizations like ATDC has been in the forefront by training over 65,000 candidates during the Pilot Project Period (2011-2013) to provide wage employment to over 75% of the trained candidates, while contributing to over 50% of Ministry’s own skilling targets.

In addition, there has been a widening hiatus between Indian domestic and export industries.  The export industry knows manufacturing very well whereas the Indian domestic industry never really got a grip of assembly line manufacturing of apparel; but on the other hand the domestic industry knows brand building quite well which the export industry does not understand much about ! With such a scenario if the industry and policy makers expect the textile parks or clusters which have been set-up with great hopes to become new manufacturing clusters led-by innovation, the hopes may be belied. Over the decades with ‘turf protection syndrome’, various segments of Textile-Apparel industry had worked sometimes in direct conflict or in isolation and such ‘silos’ have cost India’s global leadership position.  It is time to correct this through strong policy interventions and by bringing in a new dynamism to this age old industry to reinvent with a focus on developing an “Indian Fashion Eco-system”. Today competing countries like China uses Indian cotton to advance its garment exports and Bangladesh consumes Indian textiles to promote its apparel exports and both the countries have emerged in a stronger position whereas India has remained a marginal player. It is important to have competent technical personnel and highly skilled workforce so that both productivity and efficiency can go up. I would suggest the following steps to address some of the challenges and issues addressed in the preceding paragraphs : About the Author : Dr, Darlie Koshy is a well known textile-apparel industry expert having led textile organizations for over a decade before joining as founding Head of Fashion Management Studies at NIFT in 1987. Dr. Darlie Koshy is a rank holder in MBA and a PhD from IIT, Delhi. Dr. Koshy’s pioneering books Garment Exports : Winning Strategies (Prentice Hall 1997), Effective Export Marketing of Apparel to US, EU & Japan (Global Press 1995) and Indian Design Edge (Roli Books 2008) and numerous articles on the textile-apparel industries over the years have argued on the need for Indian Textile-Apparel Industries, to position itself as ‘Creative Apparel Manufacturer’ rather than imitating China to become a “Factory to the World”. Dr. Darlie Koshy was the Director of National Institute of Design for 2 terms of office (2000-2008) before taking up the current assignment as DG & CEO of ATDC & IAM since October, 2008. 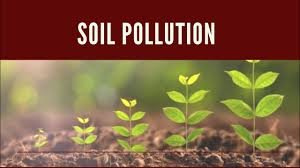