Young generation has tendency to imitate and follow anything which appears ‘hip’ or ‘in’.  They are quick to relate and to follow what appears fashionable. Fashion is something that teens wish to fit in which makes them struggle in their everyday life.

The entire world is running behind this key word. The one, who is not ‘in fashion’, might face low preference over fashionable. Fashion is understood by people as a well-liked style and practiced mostly in outfits, footwear or accessories. It refers to the recent trend in regard of dress up or outfit. Fashion can be a powerful thing as it reveals the creativity in people. Fashion being a trend setter and unpredictable, many big companies appoints designers, to setup trends that shall be followed in the next year in advance.

The fashion statement in glamour world changes with the season. Accordingly, the teenagers also change their wardrobe. Mostly teenagers give priority to the fashion and style of the day. Even if they are unaware of the world affairs they will remain aware of the latest fashion. Earlier, people of elite class and business tycoons mostly used to follow the recent trends.  But despite of the status of the people every one follows and maintains the present fashion.

Teenagers go through all the fashion magazines and watch many fashion related television shows. They look up to each and every idol they see on television and in their favorite fashion magazines. Media and magazines inspire many teenage girls. Magazines have a huge impact on dressing sense and the way teens try to look. When a teenager sees their favorite celebrity or model wearing something they love they will try to wear that same type of style just to be like them. Media has this same affect on teens. Teens watch all types of crazy reality shows these days to live up to the celebrities they watch on television. Teens do not realize how much media and fashion magazines are affecting their style and lifestyles. https://ezinearticles.com/?Fashion-and-Teenagers&id=141857.

Aim: To study whether teenagers are affected by fashion.

3.1. The Impact of Celebrities on Adolescents’ Clothing Choices

Teenagers seek to define themselves through their clothing, experiences, hairstyles, and, most of all, group associations.  In all, this experimentation suggests that the adolescent attempts to discover himself/herself through external—rather than intrinsic—stimuli.  Accordingly, images from popular culture often provide the external basis from which teenagers will benchmark their thoughts, opinions and associations. Celebrities have one thing in common, other than their successful careers they all have the ability to influence individuals, especially teenagers, into buying a particular product. These celebrities are a few just who hold the power to structurally impact social groups, which places them among a group of highly influential persons in society. Celebrities are more like salespersons. Though they may not explicitly try to persuade their audiences, they are subconsciously altering the thoughts of the public. This is noticeable through celebrity endorsements, press interviews, apparel worn during public events, items favored by celebrities, celebrity-branded products and celebrities’ overall brand image all of which create epidemics of societal acceptance among various social groups.

They can do so by assuming nature of the messenger and making sure audiences remember what was said by speaking with emphasis. In regards to Hollywood, “emphasis” would include the frequency a celebrity name is mentioned in headlines, repetitiveness of a celebrity image flashed on magazine covers, and the consistency of a celebrity’s brand image in stories. Often, fashion for teenagers is the result of the desire to be like a celebrity. Celebrities are perhaps the greatest influences on teenagers in the modern world, and they can have a huge impact on a teen’s ideas about fashion and its importance.

Clothing offers teens a means of self-expression or a way of coping with social situations argue that self-expression is especially important to the echo-boomers and found that clothing style, look and fit were the three most important clothing selection criteria used by 13 to 19 year females also found that this age group was preoccupied with social acceptance, social affiliation and “coolness” attached to make the “right” clothing choices. Teens that interact more with peers about consumer matters exhibit a more brand-oriented decision making style. Adolescents frequently communicate with their peers prior to making purchases in order to maintain group identity.

Teenage girls love fashion magazines. Fashion magazines have a huge impact on teens because they are a way teens find the latest trends. Most fashion magazines know their largest target group is teenagers, particularly girls, so these magazines will put popular celebrities on the covers just so teens buy the magazine. Teens will see the cover and say “Oh look who it is! I love her! I HAVE to have that outfit.” Many magazines advertise the companies where celebrities are buying their latest styles when teens see their favorite celebrities in the newest trends the teens will go out and buy what that newest trend to be just like their favorite. Without the magazines advertising, teens would create their own trends and wear what they thought was trendy rather than the celebrity styles. Not only do teens look up to celebrities in magazines, they look up to all the younger models they see in the media.

Bad peer pressure is being coerced into doing something because your friends said you should. People that aren’t real friends may suggest something unhealthy, such as drugs.

Peer pressure may influence us in a number of ways, including our:

Teenage girls are not only pressured by magazines to dress like celebrities, but the magazines and media have a big influence on the ways girls physically look. When a very skinny beautiful girl is on the cover of a teen’s favorite magazine, they will do whatever it takes to look just like them. This is causing many eating disorders amongst teenage girls, which is changing their lifestyles. All the girls in the media and magazines are told or forced to be skinny which has an influence to other girls making them want to be skinny like them as well.

1. Influence of current fashion on teenagers. As seen in fig.1 majority of respondent are influenced by current fashion around them because they feel one must be fashion oriented in today’s world, they feel as if they are walking with the world and get to know more about the latest trends. While only few are not influenced by currents trends as they wear clothes according to their own wish and they don’t like to duplicate the fashion around them. Fig.2.  Teenagers Having Clothes Which Their Favorite Celebrity Have.

As seen in fig.2 majority of the respondents said that they have almost all the clothes which their favorite star, Celebrity have, as they always desire to look the same in terms of clothing by having and wearing the same clothes. By this they also try to show off to their friends and world around. Very few of the respondents don’t have clothes which their favorite celebrity have as they don’t like to copy them in terms of clothing, and they feel  it’s an individual style one must not follow blindly.

3 .Teenagers who evaluate what is fashion before going shopping Fig.3. Teenagers who evaluate what is fashion before going shopping

As seen in fig.3 majority of the teenagers evaluate what are upcoming trends colours, cuts by doing looking at different source, so they exactly know what to buy and what not to buy, they want to buy the best in the market. While few of the respondents don’t evaluate what fashion styles are in trends they just pick up whatever they like and whatever is available to them. As seen in fig.4 large number of teenagers shop at high-end designer quality store, branded stores, as they are status symbols, and they don’t like to shop from other places as clothes from other places tends to become common soon among the general people. Few respondents said that they never shop from high-end stores as they can’t afford to buy branded clothes. Fig.6. Teenagers who are brand conscious. Fig.7. Frequency of shopping among teenagers.

As seen in fig.7 moderate amount of respondents go for shopping once a week as they feel there is every new style available each day and they must not miss this opportunity, these teenagers just want to have lots and lots of clothes as they do not want to repeat some of them. Few of the respondents shop monthly or so as they do not have time to shop frequently every week, and it is also alright with them to repeat their clothes. Fig.9.Teenagers feels uncomfortable/ shy when they are with fashionable people.

As seen in fig.9 moderate teenager respondents feel uncomfortable when they are with fashionable people whereas the other moderate numbers of them do not feel shy because they feel they themselves wear clothes which are latest. Fig10. Teenagers dress to stave off humiliation and mocking from peers.

As seen in fig.10.Large amount of teenagers dress to stave off humiliation from peers. For them friend’s play a very important role and they do not want to lose them because of their inappropriate clothing patterns. While few of the teenagers dress well sometimes when there’s a need to dress such like in some event or friends birthday party. A very small amount of teenagers never dress to stave off humiliation from peers, because they dress according to their needs, for them peers don’t play an important role in making decisions. 12 . Frequency of Teenagers to impress the opposite sex Fig.12. Frequency of Teenagers use clothing to impress the opposite sex.

As we can see in fig.12 by and large majority of teenage girls impress their opposite sex by clothing, because they feel it is a strong tool to impress them and an easy way. Moderate numbers of respondents do impress through clothing but sometimes such as during dating, while going on hangouts, movies etc. and very few of teenage girls opined that they never impress the opposite sex by clothing because it’s not their values and ethics. Fig.13 Teenagers who buy clothes which make them looks sexy and bold. Fig.14.Teenagers faced problems if they wore skinny or exposing clothes. As we can see in fig.15 equal responses have been arrived, moderate amount of teenagers feel yes it has  rasied teenagers status and quality of life, these teenagers are very fashion conscious,they shop often and that too in branded shops only. Whereas others feel it has not made much of a difference in raising teenagers and their quality of life, only the positive aspect of fashion world has been imbibed by them. Fig. 16. Accessories and clothing is over powering teenager’s expenditure.

As we can see in fig.16 by and large respondents feel accessories and clothing is over powering teenager’s expenditure sometimes as they are spending beyond their required money. Moderate amount of respondents feel it exceeds very often as they shop a lot, but it doesn’t matter to them as their families are ok with spending that much amount. And a few respondents never felt that it is over powering their expenditure as they have never crossed that limit and do not buy branded clothes. Fig.17. Results of teenagers spend monthly on clothing and styling. As seen in fig.18 majority of the respondents feel fashion trends and styles are affecting today’s generation as they imbibe the same culture. While few respondents are not fashion conscious all the time some say that it is affecting the teens because they don’t concentrate on other things such as studies. Few respondents love being with fashion and they feel it adds status symbol to them. 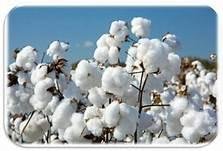