Sewing has an ancient history estimated to have begun during the Palaeolithic Era. Sewing was used to stitch animal hides together for the indispensable necessity such as clothing and shelter. Clothing has always been an integral part of a human’s life. Self-expression and fashion trends are practiced by the clothes they wear. Sewing is practiced since civilizations and the first sewing machine was introduced in 1755. This paper is a survey on a certain segment of tailors, since they are at the proximity to ITI institutes. The research identified the problems and analysed, the need of upgrading their skills in respect to the finishing of seams, handling of fabrics, fitting issues, knowledge of tools, change of needles and pressure foot for different operations. Studied and observed their process of finishing garments and quality of a garment. The tailors were also suggested schemes or institutes if provided by the government to join, also took their take on it if they would be willing to be upskilled.

Living in a world that keeps on evolving, fashion describes the personality of a person. The quality and look of the clothing are of utmost importance, which attracts opportunities from the various market segments. Today’s industry faces increased customer demand from individuals, hoping for customizable products in a shorter duration. In the making of the final garment, there are a couple of procedures. Measurements are taken; accordingly, the pattern is made and placed on the fabric, ready to be cut. Pieces are bought together, and an entire garment is made with the help of a sewing machine to stitch using seams, interlocks, and hemming for quality enhancement. As observed, most local tailors cut the pieces with- out keeping in mind the shrink- age and the body’s shape leading to an ill fit. They use one type of needle for all the fabrics irrespective of the kind of material used. Fabrics used are categorized into very fine, light, medium and heavy weighted. Different needles vary upon different fabrics for exam- ple, 8, 9 and 10 number needles are used for very fine, 11 and 12 number needles are used for lightweighted, 14 number needles are used for medium weight, and 16 number needles are used for heavy weighted fabrics such as denim, corduroy. The local tailors use one kind of presser foot for all types of zippers and piping, which disturbs and foils the garment’s entire look. Presser foot is a part attached to a sewing machine that holds the fabric down under the needle as it is sewn. It is changed according to different operations for zippers and pipping single presser foot is used while the invisible foot is used for concealed zippers. As the garment is towards finishing, seams play a significant role in sustaining the garment for a longer time. Most of the local tailors avoid seams which leads the quality to degrade further. Thus, it affects consumer behaviour by looking for qualitative products leaving the local tailors at a considerable disadvantage and adversely affecting their income. There is a need to understand the skills and quality produced by the tailors and providing them with a solution on skill development which will indeed help in their being better informed on the different kinds of seams, the importance of different needles and the advantages of presser foot leading to a favourable quality of the product as per customer requirement.

“The need for a robust framework starting from a skill development program for the tailors that assesses present skill levels imparts skilling and upskilling training. It should also provide quality infrastructure, develop a better working environment, sustainable and enhanced income with social security for tailors and most importantly, improved customer satisfaction leading to increasing in fabric sales. To enable this, we have set up the first of its kind Centre of Tailoring Excellence in Thane. Raymond has instituted certification-based skill-building programs for Master Tailors, Karigars as well as for students entering the tailoring domain. The main objective is to skill the community to impact the quality of garments and provide a sustainable livelihood. A skilled tailor must know the complete process of measurement, drafting a pattern, stitching, and finishing off any garment as per industry standards. We tapped into the PMKVY RPL scheme and conducted an upskilling program for our master tailors and conducted an upskilling program for our master tailors and Karigars across our network. The courses were further customized by introduc- ing few topics like Understanding Body Types, Introduction to Sea- sonal Collections, Raymond Certi- fied Quality parameters for Shirts, Trousers, and Jackets as well as Introduction to Pattern-based drafting techniques. This course was aligned with Self-Employed Tailor NSQF LEVEL 4.” Raymond boosts Skill India mission through a sustainable tailoring ecosystem in India.

Nagori Neeta (2017) in her study stated that, “In today’s global era, peoples are demanding for more personalized tailors, designed garments. The most prime process in garment production is sewing. The final look of the garment is successful when the sewing is proper. Ultimately the proper sewing leads to many factors. So, this paper explores the survey of 100 tailors in Gandhidham and Adipur unit, the researcher identi- fied and described certain factors such as selection of needle ac- cording to weight of fabrics, brand of sewing machine, brand of nee- dle, cost of needles, needle size, breaking of needles in a month, stitch problems and musculoskel- etal pains faced by tailors. So, a study on “sewing related prob- lems amongst 100 tailors in Gan- dhidham, Adipur units of Kutch Region” was done. In this study, tailors were suggested to use or- gan needles as its price is com- paratively more, but it breaks very less and ultimately it will be profit- able for tailors as it saves time as well as minimizing ergonomically problems, such as eye–strain, in- creases productivity leading to proper functioning.”

The objective of this study is to explore the quality and skills of local tailors and their awareness of the different kinds of seams, needles and presser foot, fabric understanding and handling, and quality of the product (that includes fit issues). To suggest improvisation in productivity and efficiency that will benefit their livelihood.

Five tailors were visited, those who work in GH-0, Infocity, Gandhinagar. The data was collected based on qualitative and quantita- tive information. They were interviewed using a set of pre-planned questions. They were observed during their work, the way they prepared the pieces and stitched them together. Images were taken while they worked. Observations were based on personal visits and image references of their work to draw conclusions.

For conducting the research, a questionnaire was adminstered. Five tailors who work independetly in Infocity were interviewed and observed. Questions were asked regarding how long they are in this business, from where they have learned, the stitching charges they apply on a piece of garment, whether they have knowledge only related to altering or can make new pieces, their monthly earnings, etc. The work they were currently doing and some of the pieces they worked on was observed. 60% know only related to menswear and how to construct pants, whereas the rest 40% can make only women’s wear. Tailors reported that they can alter a garment in 15-20 minutes by using plain seams and without cutting the extra ease. It was observed that the latered garment looks bulky at the parts where alteration is done and uncomfortable when worn. According to observation, at least 45 minutes to 1 hour was taken by the local tailors to alter the garments by properly fitting, trimming, and stitched with appropriate seams.

There are thirty-three types of presser foots, which have different operations. Out of these thirty-three, certain common presser foots are commonly used in the market: all-purpose presser foot, zipper/piping foot, and invisible zipper foot. As observed, the tai- lors used zipper/piping foot for all the operations, from attaching pieces to stitching an invisible zip- per; this leads to uneven stitching, uneven attachment, and quality degradation of the product.

Another problem that was observed during the study was the fit issue. Specific tools such as the french curve (use for the armhole and neck shape), pattern master, hip curve and leg curve help un- derstand and attain a proper shape of the desired body size. The local tailors need to understand varia- tions in body shapes, which will help in improving efficiency and better providing. Hence, avoiding chances of fit issues that occur most of the times. No casing given for the elastic, hence giving it a bad shape and degradation in quality.

Extra ease left at the crotch hence bulking and no interlocking is done which results is removal of threads.

No casing given for the elastic, hence giving it a bad shape and degradation in quality. After interviewing and analysing the local tailors, they do not have enough knowledge about what affects the quality of products that they deliver to their customers. After questioning them if they would learn further to enhance their skills, the answer was no, due to financial issues, some of them believed that, they have gained enough knowledge, and some were not interested to learn more. According to one respondent, to learn more he needs to spend money which he cannot afford and if he spends money in learning, his family needs will not be sufficed. His main concern was, that he is the only earning member and ₹2,000- ₹3,000 he needs to take back home for his family. If the government provides under Skill India mission a short course for educating the tailors and upskilling their knowledge, it would be considered. If some incentives were provided to these tailors for upgrading their skills, they would not hesitate to learn. It will also suffice their family needs. After doing thorough research and proposing the above hypothetic scheme 60% were ready to learn further, as it would benefit their livelihoods. The rest 40% believe that they have mastered the skills of tailoring. Textiles and Culture of Philippines 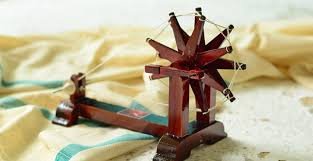