STRATEGIZING BUSINESS AMIDST THE CORONA CRISIS Alok Gupta is a Mumbai based Real Estate consultant in practice for over two decades. He is the President of the prestigious The Estate Agents Association of India, Central Zone One. Having travelled to over 50 countries around the world, he tries to see a situation through a common man’s eyes. He can be reached at alok@himland.in. Views expressed are personal.

Drawing inspiration from the stories of ‘Panchtantra’

In this period of Lockdown, I got the chance to read again the stories of ‘Panchtantra’ which we all must have read or heard at least once in our childhood. The stories which were written in the 3rd Century BC are so relevant in today’s time that it gives the feeling as if the stories have been written just today. Having crossed my childhood, adulthood and a part of my professional life too, I find the stories not only relevant to our personal lives but also to our corporate strategies. I list down some of the stories in brief which are most relevant to draw inspiration from and can be read to form the marketing and business strategies, especially amidst the Corona crisis.

Monkey and the crocodile. This is one of the most popular stories of the ‘Panchtantra’ tales. There lived a monkey on an apple tree by the side of a river in which lived a crocodile. They become friends. Monkey used to fetch the crocodile sweet apples every day, in turn, the crocodile used to take the monkey for a ride of the river. One day, while on the river tour with the monkey, the crocodile desires to take out the monkey’s heart. Hearing this monkey doesn’t panic and cooly responds that he has forgotten his heart at home on the tree.

Lesson learnt. We can learn two strategic lessons from the story. One, in your difficult times, do not panic, remain calm and patient and tackle the situation with a solution. Two, be careful in choosing your channel partners. We also learn a lesson from the crocodile that we shouldn’t get complacent and shouldn’t start celebrating until the target is achieved. Do not consider the product as sold until it is sold.

The blue jackal. A hungry jackal wandering in a jungle is chased by a group of dogs. The jackal falls into a tub of blue dye and becomes unrecognisable. He starts projecting himself as a representative of the god and tries to rule over the dogs. The jackal’s false cover is blown in the rain and the dogs eventually kill him.

Lesson learnt. Do not over project yourself. You can’t change reality. In the zeal to take control of the market, it is common for the companies to over project their products. Once the reality is exposed, not only they lose their new customers but also it leads to the cancellation of some existing orders. Do present and advertise yourself well but, do so only for what is factually correct.

Lesson learnt. Most of the time, you are pulled down by others, especially by the strong existing players making you feel that your product is worthless. Most of the time small builders abandon their projects or sell it to their rival competitors for peanuts falling prey to the advises that their projects have no value, that they will not be saleable in the market, that what they have incepted is not suitable for the current market etc. You must not only believe in yourself as to what you are offering but also be confident about your product.

Pigeons caught in a hunter’s net. Once a flock of pigeons gets caught in a net by a hunter. They, instead of fighting the problem individually and instead of trying to pull the net in their own directions decide to fly all together along with the net to reach their friend, a mouse who cuts the net for them all.

Lesson learnt. The story teaches the lesson that we should not leave our fellow industry colleagues in difficult times. The government is likely to announce some industry–specific packages to counter the damage caused by the Corona crisis. If the industry is united and raises its common, larger concerns in unison then only will it catch the eye of lawmakers.

The rabbit who kills the lion. This is one of the very well–known stories of the ‘Panchtantra’ tales wherein a rabbit who is sent as the lion’s prey. He takes the lion to a well and shows him his image in the water and makes him hear his own roar echo through the well making him believe that there exists another lion like him. The lion jumps in the well to kill the other lion who never was.

Lesson learnt. The story teaches us to focus on the solution rather than getting nervous with the problem. Most of the time big players in the market try to dictate their rules. But, if they are tackled well and shown the mirror that they too are vulnerable to failures and can be overtaken by a small player with a good idea, they too can be countered.

Hermit and the mouse. Once a hermit saves the life of a mouse and turns him into a beautiful girl. When the girl grows to become marriageable, the hermit tries to find the best possible match for her. He approaches the sun, the cloud, the mountain to marry her but all are refused by the girl who eventually marries a mouse which is when the hermit realises that the girl from outside, is actually a mouse.

Lesson learnt. Go to the root cause of the problem to solve it. The builders often omit to address the shortcomings in their project and tend to ignore the real cause of poor sales. However beautiful you make a product from outside, it wouldn’t find the buyers unless the same has intrinsic qualities. In other words, a product would last long in the market if it has the quality rather than having a mere good packaging. 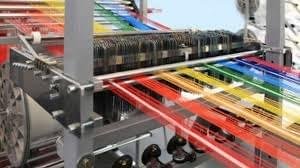 India to Build its Textiles Sector 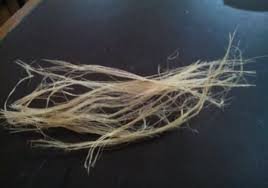