South Africa, officially the Republic of South Africa (RSA), is the southernmost country in Africa. With over 59 million people, it is the world’s 24th-most populous nation and covers an area of 1,221,037 square kilometres. The largest city is Johannesburg. About 80% of South Africans are of Black African ancestry, divided among a variety of ethnic groups speaking different African languages. The remaining population consists of Africa’s largest communities of European, Asian, and multiracial ancestry.

TEXTILES OF SOUTH AFRICA:
African textiles were often woven from animal hair. Across Africa, there are many distinctive styles, techniques, dyeing methods, and decorative and functional purposes. These textiles hold cultural significance and also have significance as historical documents.

The island of Madagascar lies off the southeast coast of Africa, separated from the
mainland by the Mozambique Channel. Malaysian Polynesians colonized the island in
the first millennium and brought weaving techniques and burial customs to the island
and the rest of Africa through trade. Cotton is grown all over the island but the most
prestigious material is silk. There are 13 known varieties of locally grown silk. The silk
is long and woven on a single heddle loom.

Historically garments were decorated from natural materials such as ostrich shells. It was only in the 1930s that the Portuguese introduced glass beads through trade and eventually the glass beads purchased from Indian merchants or Christian missionaries.  In Xhosa culture, beads represent the society’s organizational framework and the rites of passage that people have gone through. Symbolic references are drawn from the beads through the colour, pattern, formation, and motifs. Motifs on the beads often used include trees, diamonds, quadrangles, chevrons, triangles, circles and parallel lines that form a pattern exclusive to certain age groups.

Brick stitch is the most common technique for creating Zulu beadwork. Beads are staggered in rows and as each new bead is threaded, the thread passes under a loop of thread on the previous row and back. This gives Zulu beadwork characteristic traits. The Zulus favour motifs made up of triangles and diagonal and horizontal lines.

Shweshwe is South Africa’s most important textile, even though it has its roots deep in the indigo garment trade of 17th-century Europe. Few would have predicted that the rolls of indigo fabric would ultimately be considered to be as timeless and versatile as the likes of denim and tartan. At that stage, indigo was still extracted from plants,and was only rarely used in clothing. It was only in the 18th century that a German chemist developed synthetic indigo, and around the same time, European manufacturers developed a reliable way to print patterns on the fabric, which would ultimately give shweshwe its distinct look.

Shweshwe’s traditional use is primarily for celebratory dresses worn on special occasions such as birthdays and weddings – a tradition that remains to this day. But its usage has since expanded to be incorporated into everyday items like blankets, aprons, dishcloths and other household items. Although shweshwe has its roots deep in the European textile trade, it’s all but shrugged off its past and has become a textile that is now synonymous with South Africa.

The Xhosa culture has a complex dress code informed by a person’s social standing, and features beautiful beadwork and printed fabrics.

Traditionally, women’s clothing and accessories show the different stages of life. Their main items of clothing include long skirts and aprons in beautiful printed or embroidered fabrics. Elaborate beaded necklaces called ‘ithumbu’ are worn around the neck, as well as beaded bracelets and anklets.

The ‘iqhiya’ or ‘headscarf’ is traditionally worn by married women. To complete the ensemble, embroidered capes or blankets are worn around the shoulders.

Xhosa men traditionally filled the roles of warrior, hunter and stockman and as such, animal skin formed an important part of their traditional wear. On special occasions embroidered skirts are worn with a rectangular cloth over the left shoulder, or a tunic and strands of beaded necklaces.

In Zulu culture, women also wear different attire at different stages of their lives. A single young woman wears her hair short and only a short grass-reed skirt embellished with beads, while engaged women will cover their breasts and grow their hair.A married woman covers her entire body to indicate that she is spoken for. She wears a thick cowhide skirt that has been softened with animal fat and charcoal. Traditionally, women covered their bosom with a cloth, but nowadays cotton vests or beaded bras are worn along with beaded necklaces. The most iconic adornment are circular-shaped hats called ‘izicolo’, which are worn by married women. These hats were traditionally made of grass and cotton and measured as much as a metre across to protect the wearer from the sun.

Zulu men traditionally wear animal skins and feathers. Because the Zulu revere leopards as the king of all predators, only royalty are allowed to wear leopard skin. A front apron (isinene) and a rear apron (ibheshu) are worn to cover the genitals and buttocks. The tufts of a cow’s tail called amashoba are worn on the upper arms and below the knees to give the appearance of greater bulk. Headbands are only worn by married men.

The Ndebele tribe are renowned for their intricate beadwork and brightly coloured homes painted in striking geometric designs. The main element of Ndebele women’s wear is an apron. Girls wear small beaded aprons, while older girls wear isiphephetu, a beaded apron given to them by their mothers, and isigolwani which are thick beaded hoops worn around their necks, arms, legs and waist. Married women wear longer aprons made of hardened skin that are lavishly decorated in geometric designs. They  also wear isigolwani and copper rings called idzilla around the neck, ankles and arms. Girls and unmarried women traditionally do not cover their breasts, whereas married women cover their upper bodies with blankets in multi-coloured stripes or beaded designs.

Ndebele men wear animal skin aprons and beaded breast-plates or iporiyana which hangs from the neck. The iporiyana is a symbol of manhood and is given to a young man by his father after he has undergone initiation. Animal skin headbands and ankle bands are also worn along with a cape. 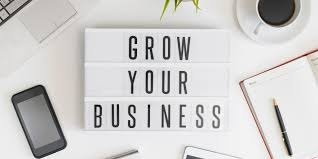