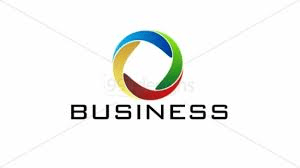 It is a land of opportunities and only a matter of time when every business would be influenced by India’s consumption pattern and market demand. Today is the right time, perfect conditions and will pay handsomely to enter the  Indian market  now to optimize cost benefits and policy benefits.

India today is  home to 11th largest population of  millionaires with 1.98 lakh  high net work individuals in the country. India moved up to third place for HNIs wealth across Asia-, displacing Australia.  It is expected that the continued growth in India and China will result in holding of 10% of global pacific HNI wealth by 2017.

India is ranked  34th among 60 leading economies in terms of ‘business growth environment’. In the Grant Thornton Global Dynamism Index, which ranks business growth environments of 60 leading economies, India was ranked at the 34th place, registering a gain of 14 places since the last version of the index, largely driven by a strong and productive workforce.

India is the seventh largest country by area, the second most populous country with over 1.2  billion people and the most populous democracy in the world with a history reaching back 5  millennia.

The Indian economy is the world’s seventh largest by nominal GDP and third largest by purchasing power parity (PPP) and one of the fastest growing major economies.

India emerged the most attractive investment destination in the world for the next three years in a global survey of top decision-makers in multinational corporations. Perception about India’s macroeconomic stability is up to 76 per cent in 2015 in comparison to 70 per cent in the 2014 survey, political and social stability  is up from 59 per cent in 2014 to 74 per cent in 2015. About 62 per cent said they were looking at manufacturing, both to serve the Indian and global markets from India.  Investors rated India’s domestic market and availability of labour among the most attractive features for doing business.

It is obvious that India has many opportunities to offer, whether it be sourcing, manpower, education, life style which many multinationals has already explored successfully. Let us have a quick glance at how few multinationals experienced India as business destination.

M & S bets big on India. Marks & Spencer  has opened 50 stores  which is the highest number of  stores outside its home market U.K in India.   Among  the 60 global markets  which the company  operates, India remains priority location for its overseas expansion.

India is the  fastest growing top market for Dell Computers. India is the third biggest market for Dell after US and China. In India  business is growing  four  times faster than the overall for market. Dell Company, which recorded highest market share in  servers workstations and note books in the last quarter in Indian market.

Since the launch  of ‘Make in India’  initiative Boeing had doubled its sourcing in less than 12 months and is  looking to increase its engagement with India.

India is set to produce world’s largest no. of Engineers having 80% of Indian youth (the highest in the world) choosing engineering studies and has the lowest gender gap between men and women with 79% women choosing engineering in India against 43% globally.  In comparison, 62% of women in China, 55% in Brazil, 35% in the US and 33% in Germany  have shown interest in engineering. In India software services industry alone re recruits about 300,000  every year.  This boom is partly due to business wanting to make use of the comparatively cheap production and talent costs.

Every aspect of economic and social growth  indicates India emerging as a preferred destination.  With its growing income,  large population,  developing  industry sectors,  there is only one way to go-upwards!.  India scores high on economic situation and growth (overall ranking 2) and availability of labour and human capital (15).   .

‘Make in India’  is an initiative of the Government of India to encourage multinationals, as well as domestic companies to manufacture their products in India.  It is expected that India would emerge after the initiation of the program in 2015 as the top destination globally for FDI  surpassing other preferred investment destinations.

The sectors  included in the focus of this  campaigns are textiles, chemicals, design manufacturing, Automobiles, IT., Pharmaceuticals, tourism, ports, renewable energy  and electronics between  September 2004 & August 2005.

India is one of the world’s largest producers of textiles and garments.  India accounts for 14 percent of the world’s production of textile fibres and yarns,  largest producer of jute, second largest producer of silk and cotton, and third largest in cellulosic fibre, making it a sourcing hub.  India has the highest loom capacity (including handlooms) with 63 percent of the world’s market share. The most significant change in the Indian textile industry has been the advent of manmade fibres (MMF).  India has successfully placed its innovative range of MMF textiles in almost all the countries across the globe. The Indian textiles industry accounts for about 24% of the world’s spindle capacity and eight percent of global rotor capacity.   Abundant availability of raw materials such as cotton, wool, silk and jute as well as skilled workforce have made the country a sourcing hub.

India is one of the few countries in the world which has production at each level of textile manufacturing, namely fibre, spinning, weaving, knitting, processing and garmenting.

Textiles industry plays a major role in the Indian economy, employing  45 million people and accounts for 12% share of the country’s total exports basket.  India is major exporting country as far as textile sector is concerned and not dependent on  import.  Majority of import takes place for re-export or special requirement

The demand of textile and apparel production are expected to grow manifold in the coming years given by increasing demand from domestic market as well as export to  neighboring  countries in India.  With increasing sale of textile and apparel manufactured in India, the organized mill sector is growing fast. A large part of additional demand for machinery will be driven by the investment by organized/large mills.  This will further drive the demand for modern high technology machines and offer an attractive market for leading textile machinery manufacturers globally.

Yarn manufacturing (spun and filament), weaving and processing machinery will attract 86% of the overall investments in value terms, with almost equal contribution from each.

The Indian textile industry is set for strong growth buoyed by the strong domestic consumption as well as export demand indicating right opportunity and right time for  machinery manufacturers to enter India.  The textile  machinery shipment to India since 2005 is an indicator. The shipment of spinning machinery has grown 6% from 2005 to 2013.  The shipment of water jet looms and rapier/projection looms witnessed an outstanding growth of 32% CAGR and 11% CAGR respectively from 2005 to 2013.

Indian textile industry has priority with current Government and ‘Make in India’ campaign.  The vision of Hon. Prime Minister Shri Narendra Modi is to grow India’s textile industry by 3 times to U.S  300 Bn in 2020 .

This mega event is India’s most prestigious and premium event for Textile and Textile Engineering Industry. Organised by India ITME Society, an apex industry body, ITME 2016 will be an unparallel opportunity to access under single platform opportunities for manufacturing, sourcing, joint venture, investments, technology collaboration, network to develop new customer base. India ITME 2016 is your vehicle to future opportunities in India. 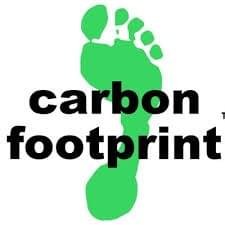 Role of Carbon Footprint in Textile and Apparel Industry Sustainable Fabrics to Transform the Fashion Industry for Good