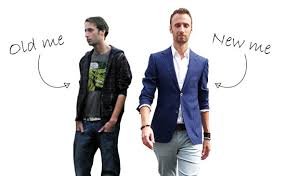 What you wear tells a lot about yourself, it reflects your personality, your mood, your attitude, your standing in society- to put it in simple words, it reflects your lifestyle, to use a term that is used commonly in fashion marketing. Your clothes tend to speak about the sort of life you lead, and of the value systems and culture that are prevalent in the times you live in. Fashion keeps changing and therefore as we enter a new year, I thought it is a good idea to touch upon in the first article of the year, how it has evolved over centuries and also cover some key elements that may influence fashion trends going forward.

Wearing clothes is one habit, well, one of the many, that distinguish human beings from other forms of life. It involves three aspects, availability of textile or other basic material, some technology that helps convert it into something that can be worn, and then, a human need for doing the same- a need strong enough to make us do all these- something that has evolved tremendously over the years. Along with food and shelter, clothing is a basic need- it is this need of mankind to self-preserve and protect itself from the elements that has led to the origin of clothing. Anthropological studies lead us to believe that clothing most probably originated when people started using animal skin and vegetation to protect themselves from the elements- like cold, heat, rain and other furies of nature. This may also have naturally led to other needs like prestige, embellishments, distinction etc. as the need to stand out from one another emerged.

Right through the evolution of mankind, we have seen garments being used as a means to show distinctions in social standing of people. People of higher ranks tend to wear more ornate clothing to stand out from the common man. For the nobility, their garments were lot more complicated and demonstrated their superiority with decorations on what they wear. This may be considered as indicative of clothing being seen as a ‘lifestyle product’ that tells which social rank you belong to and therefore what quality of life your are expected to lead.  Depending on cultural, meteorological and other such considerations, different parts of the world saw clothing evolve differently and this element of status symbol would have manifested accordingly in different ways in different geographies. With the world getting increasingly inter-connected in recent times we witnessed a convergence in ways of dressing in different parts of the world.

This led to the emergence of another parameter in fashion choices of people- attitude. This is a rather evolved metric in comparison with some of the earlier ones as they are supposed to represent the state of mind of the person wearing them. In fact, today, there are dress codes that are seen as appropriate for different professions and industries. What you expect your lawyer to wear might be different from what you expect your gym instructor to wear, and is that the same as what you expect an Advertising Creative Director to wear?  Also, for each person, there are appropriate clothing codes that you tend to adhere to for different activities- like wearing to office, or weekend drive with family, or for a wedding in the family. Fashion Marketing, today, has become a lot more complex. One company in the business of fashion can have multiple brands- one for each lifestyle, or life stage, or even the same brand can have different extensions for different usage occasions. It is not just about a shirt or a trouser anymore, it is, rather, about the complete ensemble that you are seen in, that includes apparel, footwear and other accessories, each one important in terms of providing that little bit of extra detail. This is a crucial part of how the business of fashion is managed now. Also, while aesthetics is one part of this story, functionality needs have propelled huge amounts of product development in this space. Natural fibers like cotton, linen, wool etc. have given comfortable and stylish clothing for men and women all over the world over the years. To add to this, modern textile technology has blended natural fibers with synthetic fibers like polyester and delivered unique user benefits like stretch, breathability, sweat-management and many other features that we see today. It is the blending of this functionality with looks that forms the essence of modern fashion business.  Have we reached a steady state here in terms of evolution of wearable products? If we look at the speed at which technology has changed the way we lead our daily lives, is it possible to look at lifestyle evolution without looking at the impact of technology in it?

Let us now focus our attention on to our own country. We all agree that in India, mobile phones and internet connectivity have changed the way we live, in the last couple of decades, not that the story is different in other parts of the world. Still, compared to other emerging economies like Brazil and China, quality and reach of Internet access in lower in India. However, infrastructural improvements are fast addressing this issue-like better 3G/4G coverage and the boom in the use of Smart Phones. India has a young population with a median age considerably lower than markets like China, US, UK etc. We have a generation that is tech-savvy and gadget friendly!

India is a market that has accepted Smart Phones well.  Most of the increasing Internet usage here is attributed to the growth in the sale of these phones in this market. In fact, Whatsapp and Facebook represent a new way of life for many of us in this country in a manner that cuts beyond demographics and social standing. The fast adaptation to the Smart Phone way of living has led to industry experts’ predictions that India will be quick to accept Smart Wearable Products. In the fast-paced way of life that is getting more complicated and technology dependent by the day, it is expected that products you wear on your body can replace ones that you need to put in your pocket. Makes sense, right?  Health and Wellness is a megatrend and this is one area where Smart Watches and Bands have already started making an impact. You can wear them on your body and they help track vital body functions as well as extent of body workout and other such indices. There are brands that have already made a mark in this space, some of them are specialists in Smart Wearables, while some are technology giants and some are Sportswear brands. As proof of growing cultural relevance of these products, their grey market replicas are also beginning to be found.  Other aspects of modern life where wearables could make a mark include security devlces  that help you track you location as well as devices that blend with an active, adventurous lifestyle.

Wearable Technology, though already making an impact, is only in its infancy. Big electronic giants are making huge investments into that space and are expected to come with new products that are integrated to the broader array of interactive digital networks. So can we assume that clothing and Smart Gadgets are two parallel streams of wearables, or can we expect them to converge?  How about wearing a ring that flashes when someone sends you a text message? A small innovation that helps you give that ‘me-time’ to yourself from your mobile phone, isn’t it? Or how about receiving a notification when you misplace your sunglasses? Or a piece of jewellery that tells you where you left your wallet?

So over centuries, we have seen that clothing has been about functional benefits and pleasing looks. It is an inter-play between these two co-ordinates that have shaped sartorial preferences of mankind over the years. With fashion businesses constantly expanding the boundaries of possibilities, there are researches that indicate that Smart Clothing will one day compete with Smart Watches and Fitness Bands to become the biggest wearable category in future. In the era of wearable technology, Smart Fashion could well become the new meeting point of functionality and aesthetics, when the clothes and accessories that you wear provide a level of functionality that goes beyond the obvious.

With technology companies constantly innovating and competing amongst themselves to come out with products to raise the bar in their respective categories in a culture of one-upmanship, we can expect fast adaptation of newer technologies in the fashion world also. This development could become a new growth curve in the fashion space; when functionality meets aesthetics in a scenario in which fashion design is not just about how it looks, but equally about how it works! 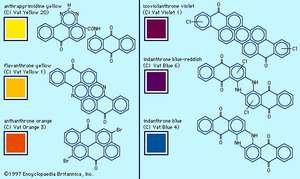