Liberia is unique amongst African states in that it was founded by freed slaves from the American South, bringing with them their own culture and displacing ancient tribes who’d farmed the land and traded with European enclaves in west Africa for centuries. For the first time since its founding, the diverse ethnicities of the region are joining together in the aftermath of the devastating 14-year civil war to create a new, peaceful and successful, chapter in both history and culture.

The culture of Monrovia has two distinct roots, the Southern US heritage of the freed Americo-Liberian slaves and the ancient African descendants of the indigenous people and migratory tribes. Most former Americans belonged to the Masonic Order of Liberia, outlawed since 1980, but originally playing a huge part in the nation’s politics. Settlers brought the skills of embroidery and quilting with them, with both now firmly embedded in the national culture. The haunting slave music and songs of the American South with ancient African rhythms and harmonies blended well with indigenous musical traditions of the region.

The diverse tribal ethnicities making up the population of Liberia today have all added to the richness of cultural life in the country. Christian music is popular, with hymns sung a-capella in the iconic African style. Spirituality and the region’s ancient rituals are reflected in the unusually intricate carving style, and modern Liberian artists are finding fame outside the country. Dance is a valued heritage, with the Liberian National Culture Group giving performances both in the country and overseas based on traditional themes. The gradual integration of all Liberia’s ethnic groups has given rise to a renewed interest in its tribal culture as a reminder of the diverse roots of the new country.

Liberia and Sierra Leone were both established in the nineteenth century as nations or colonies for black Europeans and Americans either freed from the slave trade or born free, as well as returnees to the continent from captured slave ships. Immigrants from the United States, Canada, and the Caribbean moved to Liberia and Sierra Leone throughout the nineteenth and early twentieth centuries, creating and filling governing structures in both countries. This history makes for a unique mixture of cultures and policies that ultimately resulted in civil wars in the late twentieth century. Sierra Leone and Liberia’s colonial histories and relationships with Great Britain and the United States (respectively) are important to recognize in approaching the arts of this region.

This lecture outline covers both indigenous and imported art practices in the region, ranging from the nineteenth century to the present. As in other African arts, the visual arts of Liberia and Sierra Leone are intimately connected to performance and music and are placed within those broader artistic traditions. Art from Liberia and Sierra Leone reflect(ed) distinct cultural groups, and the engagement of those communities with a global audience. Both Liberia and Sierra Leone are part of a broader Atlantic world in constant contact with Europe and the Americas through trade and immigration. This lesson features prestige objects—that is, artworks that convey power, politics, and community ideals and concepts, or artworks that explore spiritual relationships—and body arts in media ranging from textiles to metal arts, wood, and photography. All of the artworks are grounded within their local contexts and aesthetics, but they are also connected to the rest of the Atlantic world in a manner that emphasizes how Liberian and Sierra Leonean artists and patrons belong(ed) to both.

Variations in attribution (named artists, unidentified [culture] artist) are due to the way that objects were collected by museums, not because the artists were, in fact, anonymous. African artists rarely created works anonymously, and the names of artists would have been well known within their communities. Mentioning the context of artistic collection to students is important: European and American collectors may not have spoken the relevant languages or asked questions regarding the objects they purchased or commandeered on site, though the names of some artists have been resuscitated from archival documents and later twentieth-century anthropological and art historical fieldwork.

The country cloth is a hand sown clothing textile which is sown by Liberian country cloth makers. Liberia like every other African country had their indigenous country clothes which are sown with needles by men and women. They are sown and worn by elders, paramount chiefs and public figures in the country. And they do it as a way of reconnecting back to   their roots as Africans.

They are embroidered by these craftsmen in different ways and styles. This country gowns are sowed both in the rural areas and in the metropolis and sold into the local markets. It is symbolic and represents a unique heritage and status in the Liberian society. They are also exported to their diaspora communities across the world.

Liberian has an age long tradition of gowning people who attained certain status in the society. It is also given to diplomats to show recognition of their contributions towards Liberia. Public figures are also gowned as a way of petitioning them to view for political offices in the country. All these are done with the Liberian country cloth and the gowning process done by elders and the people who wish to make the individual vie for positions.

These traditional Liberian clothes stand out as one of the Liberian identity and heritage and are widely cherished by all and sundry. It is sold at a higher price compared to other fabrics and used at traditional functions like weddings, elders meetings, town hall meetings, to churches and other functions, it reflects the true way of life of the Liberian society and it makes the people feel a mutual understanding and identity as Africans.

Although the western way of life has influenced life in Liberia, yet she still boasts of this country clothes and what it entails in the Liberian society. The country clothes are mostly worn with country sandals, cap and staff for men and head tie for women. All these are pure African regalia and is widely worn and adorned across Africa.

Liberia is located only 6 degrees north of the equator, making it a hot and humid tropical climate. Travelers should keep this in mind and bring clothing made of breathable, light fabrics, such as cotton and linen, in light colors.

Dress tends to be more conservative in Liberia than in the US and Europe. Shorts are acceptable, but it is best if they reach down to the knees. Women in Liberia always keep their legs covered to their knees. Women should also keep in mind that women’s clothing in West Africa is looser fitting than many Western styles. If planning on visiting Muslim families or communities in Liberia, it is usually best to err on the side of modesty.

Africa’s oldest republic, Liberia is a fascinating country with a tumultuous history and beautiful traditions. Though many Liberians subscribe to Western fashions and styles, rural Liberians can still be seen wearing the traditional West African garb. Special events and dance festivals such as weddings are honored by wearing both Liberian grass skirts and the long, elegant white wedding gowns popular in the West.

Liberian women in rural areas tend to wear traditional West African clothing. Women wear the “lappa,” a long skirt tied at the waist with a matching “buppa,” which is a loose-fitting blouse. A headscarf that matches the fabric of the buppa and lappa is also typically worn. Clothing is usually made in vivid colors and bright designs, such as tie dye. Liberian men in rural areas usually wear the “via,” a round-necked shirt that is paired with either short or long pants.

Urban Liberians generally wear Western clothing styles such as T-shirts, tank tops, shorts and other articles of clothing with which Americans and Europeans would be familiar. Clothing tends to be constructed from cotton, linen or other lightweight fabrics to withstand the heat and humidity.

Traditional Liberians rub white clay over their bodies and faces when there is a festival or other celebration, such as a wedding. They also wear long skirts made of grass, tunics, beads and headdresses. Urban Liberians have adopted Western-style wedding fashions, including white wedding gowns, veils and tuxedos.

In West Africa, Liberia is famous for its country cloth. This textile is traditionally hand-spun, hand-dyed and hand-woven. Country cloth is often painted white but can also be colored by natural dyes such as indigo and kola, which were used to make stripes on the cloth. Traditional clothing was often made from country cloth and constructed with little tailoring. Embroidering on the pockets and neck served to strengthen these often stressed areas of clothing. 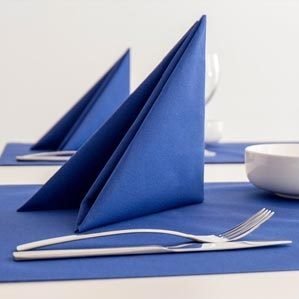 Use of nonwovens in tissues and napkins