Khadi – the word with which we are very familiar, but vaguely know its relevance and importance. Khadi word evokes imagery of Mahatma Gandhi spinning on his spinning wheel and the Swadeshi movement he drove. For quite a while khadi was related to the nation’s independence battle.

Khadi represented India’s aspirations of independence from colonialism and economic  freedom which wasn’t achieved very easily. It exemplified the national trustworthiness and just as went about as a marker for harmony between communities and spiritual modesty. Khadi has been India’s ideology.

Khadi, the ever-present fabric of the nation turned out to be a piece of the freedom battle due to the manner in which it was promoted by Gandhi. The jargon that the pioneer utilized was that of indicating fabric as a whole lifestyle, a lifestyle that could represent the solidarity of our nation. In this sense, Gandhi can be viewed as the primary genuine Indian designer who in a manner directed the individuals to adorn their bodies with the country’s fabric, Khadi. Khadi seemed to be driving India from the shackles of the British force for it enveloped the qualities that had been essential to the core ideologies of the nation including above all else, straightforwardness, philanthropic mentality towards all, and being free.  This was additionally observed as an approach to induce commitment, control, and determination among all. Perhaps the best nature of Khadi that made it so well known was its reality as a social equalizer. Even though it was intended for the general population and could be worn by the poor, it additionally grabbed the attention of the elite, in this way bringing all the Indians under one blanket.

Khadi is a term coined for interlacement of hand-spun yarn, which is spun on the very popular ‘Charkha’. The hand-spun yarn is later handwoven on handlooms by artisans and craftsmen. Khadi was originally spun from cotton fibers. In some cases, despite prevalent thinking, khadi is also made from silk and wool, known as silk khadi or woolen khadi. The fabric is known for its uneven and irregular texture, snug and comfortable feel it gives while keeping cool in summers and creating a warm blanket in winters.

After India attained freedom, the development proceeded, and the All India Khadi and Village Industries Board was made, which later formed the Khadi, Village and Industries Commission. KVIC today is answerable for the arranging, advancement, association, and usage of projects for the improvement of khadi and other town enterprises and craft clusters in country territories with the coordination of different offices in provincial advancement at any place essential.

Since freedom, the excursion of khadi has been tied in with keeping up a harmony among customs and advancement. Khadi represents what’s customary, however, every convention needs to experience change to remain applicable. Khadi has seen another influx of acknowledgment on account of many style fashioners like Sabyasachi Mukherjee, Ritu Kumar, and Rohit Bal, to give some examples.

Indeed, even KVIC has chosen to take a period jump, delegating Ritu Beri as their guide, who wishes to change khadi’s picture from exhausting to stylish. Advancing khadi’s natural and zero-carbon impression nature, going the online business course, and joining forces with non-khadi players like Raymonds are nevertheless a couple of welcome strides toward this path. Formation of new plans and items like denim, pants, and T-shirts appropriate for youth have made the presence of khadi in the market very significant.

From being excused by numerous individuals as dull and dated, khadi has today advanced toward everybody’s closet. Regardless of whether it’s there as an announcement of extravagance or only a financially savvy and organic lifestyle, khadi has made some amazing progress from Gandhi’s charkha wheel.

Expanding on the ethos of confidence and desi engage, the every popular texture has had a significant diversion from its pre-freedom picture. The previous 10 years have seen a huge move in its situating with the continued endeavours from the administration and the design world. There is additionally an overall flood sought after for anything natural and khadi has had the option to tap into that customer base which has added to it’s regaining strength in India.

Information from KVIC proposes that the portion of Khadi fabric in the complete textile factory production multiplied to 8.49% in the previous five years. Mindful of the changing utilization examples and developing interest for more established subjects, clothing and beauty care products brands who sell khadi are investigating every possibility to carry their items to the front – regardless of whether it’s through focused promoting or by scaling up retail nearness of khadi products in the market.

Be that as it may, throughout the years, there has been a vulnerability in Khadi’s availability in the market owing to the cheaper similar looking replacements, shorter production times, and decreasing encouragement to artisans and craftsmen of rural India. There is a huge potential for khadi in the nearing  future as it benefits the manufacturer to produce something pre-established and guarantee support and work for artisans, craftsmen, local skilled labours, tribes, etc.    At this point in time when the world is hit by an unprecedented pandemic and the future of the business world is very uncertain, our country’s economy needs its productions to soar up and exports to reach the highest charts to strive through. Our nation has to attempt to unite present-day technology with customary practices of the khadi production to take India’s pride fabric on a worldwide pedestal.

It is also essential  to make the present shoppers mindful about the new ideology of Khadi: Independence, which now has taken a new meaning- independence from the oblivion of our rich heritage that khadi represents and simultaneously endeavour to engage khadi as the national style.

Hence it becomes very essential to the country’s heritage traditions to act in this unfortunate situation, believing in the fact that it has time again proven as the strength of the country.

Khadi- India’s ideology for independence has had its own shares of ups and down in the Indian Market. The value of the age old fabric woven from hand-spun yarns, once not so popular owing to the cheap replication technologies, it is once again gaining demand in the Indian market given the new reforms of Indian government to support traditional crafts of the nation. The ball is in the citizen’s court now, to be aware and spread awareness of Khadi’s representation of India’s rich heritage. 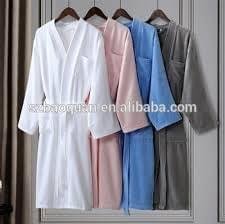