Journey of Costume Designers in Bollywood 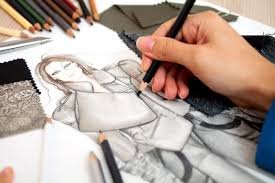 Journey Of costumes Designers in the Bollywood industry

India is a country having an ancient clothing design tradition, yet an emerging fashion industry. Before 1980s, a handful of designers existed but the late 80’s and the 90’s witnessed growth. This was the result of increasing exposure to global fashion and the economic boom after the economic liberalization of the Indian economy. Post-independence  the focus was on revival of traditional textile and design, leading to the rise of “ethnic-chic”. History of clothing in India, dates back to the ancient times, where we could see the traditional Indian clothing with regional variations, in the form of a sari, ghagra-choli or dhoti, which remained popular till early decades of post-independence. Then came the time where we could see a decline which was soon followed by a period of revival, where various organizations were involved in reviving traditional Indian techniques, in weaving, printing, dyeing or embroidery, including ikat, patola (double-ikat), bandhani (tie & dye) and shisha (mirror embroidery). Bollywood movies have the calibre to create new and exclusive fashion statements. The costume Designers have a big role to play as we can see since ancient times.

Bhanu Athaiya’s eventful journey of designing the costumes in the Indian Film began with  Jab Pyar Kisi Se Hota Hai (1961), Satyam Shivam Sundaram (1978), Lagaan (2001) and Swades (2004) etc. It is Bhanu Athaiya who dressed actress sadhana in tight-fitting salwar kameez setting a fashion trend that lasted well into the 1970’s. Athaiya pays particular attention to character’s dressing and the historical settings of the film. This accounts to the critical acclaim that she has won such period dramas as ‘Sahib Biwi Aur Gulam’ , ’Reshma Aur Shera’ and ‘Gandhi’. Her costumes for Gulzar’s ‘Lekin’ made her won National Film Award for Best costume Designer in the year 1990.

Anna Singh has designed costumes for over 900 films and has been working since 1998.With 25 years experience working in the industry, Anna Singh began her career in 1989 working on the Salman Khan starrer Maine Pyar Kiya. Since then the designer has gone on to work on 998 films including Khalnayak (1993); 1942: A Love Story (1994); Hum Apke Hai Kaun (1994); Bombay (1995); Border (1997); Refugee (2000); Khakee (2004); Omkara (2006) and Once Upon A Time In Mumbai (2010). Singh has also gained a place in the Guinness Book of World Records for her contribution to Indian cinema. Notable achievement for Singh include winning two National Awards for her work in Taj Mahal and Umrao Jaan as well as receiving the Rajiv Gandhi Excellence Award for her contribution to fashion design and research on the movie Mission Kashmir.

Manish Malhotra At the age of 25, Manish Malhotra forayed into Bollywood by designing for Juhi Chawla in Swarg. Today, his name is synonymous with style in Hindi films. He revolutionized the fashion scene in Bollywood by envisioning a ‘look’ for the character. His tenure as a costume-designer has seen him clothe most of the leading actresses in the film industry from Sridevi, Urmila Matondkar, Karishma Kapoor, Kajol, Raveena Tandon, Manisha Koirala, Madhuri Dixit, Twinkle Khanna, Shilpa Shetty, Kareena Kapoor, to Aishwarya Rai, Rani Mukherjee and Preity Zinta.. His popularity soared during this period when he was exclusively asked to design clothes for Michael Jackson for his appearance during the Bollywood Awards held in New York.

Sabyasachi Mukherjee styles differ from those of the other fashion designers in the industry. He prefers odd, irregular cuts and lengths of clothes. He designed for stars in the movies Black, Paa, Guzarish and Ravan.

Neeta Lulla is also a well known fashion designer of Bollywood. Neeta has also received acclaim both in India and overseas. Lulla’s been in the Indian fashion industry for decades and has designed costumes for some of Bollywood’s most iconic films like ‘Jodha Akbar’. She’s known for her traditional Indian clothing including sarees and shararas, but she also designs modern, sleek Indian clothing. Neeta Lulla is a big brand when it comes to bridal trousseau. She also won the National Award for her striking collections and contribution to the Indian fashion world.

Role  of a Costume Designer In bollywood : A Costume designer creates the look of each character by designing clothes and accessories the actors will wear during a performance. Depending on their style and complexity, costumes may be made, bought, revamped out of existing stock or rented. Their designs need to faithfully reflect the personalities of the characters in the script. The shapes, colours and textures that a costume designer chooses, makes an immediate and powerful visual statement to the audience. Creative collaboration among the costume designer, the director and the set and lighting designers ensures that the costumes are smoothly integrated into the production as a whole.

Costume designers begin their work by reading the script to be produced. If the production is set in a specific historical era, the fashions of this period will need to be researched. To stimulate the flow of ideas at the first meeting with the director and the design, the costume designer may want to present a few rough costume sketches.This is also an appropriate time to check with the director on the exact number of characters needing costumes, as any non-speaking characters the director plans to include may not have been listed in the script.

Bollywood is one of the most influencing forces behind the latest fashion. Young girls and boys follow Bollywood fashion trends blindly. They follow trends set by their favourite Bollywood actor and actresses. Bollywood clothing is accepted in everyday’s lifestyle. Bollywood fashion guides young generation to know the fashion and what’s in demand. Whether it’s a wedding, special affair or any other kind of occasion that demands elegant Asian fashion, Bollywood fashion can be seen everywhere making its huge presence.