How Worried Should EMs be as DM Yields Head Higher? The yields in developed economies have started heading higher. This raises the question as to whether the hardening global yields would be disruptive for emerging markets and whether it would trigger a flight of capital from EM assets as a result of carry trade unwinding. There have been three instances since 2008 when the US, Japanese and German bond yields have moved higher sharply, in unison. When it happened in 2008, Rupee moved from 39.50 to 43. The second instance was in early 2009 during which the Rupee weakened from 47 to 52 and the third time it happened was in 2013 when the Rupee depreciated from 53 to 68. Of course, on each of these occasions there were domestic factors too that were responsible for exacerbating the Rupee moves but the trigger was a concerted move higher in developed market yields. We are in a phase where all three major central banks i.e. the US Federal Reserve, the ECB (European Central Bank) and the BoJ(Bank of Japan) are looking to wind down the ultra-accommodative monetary policy measures. The question therefore is whether a coherent sharp move higher in US, German and Japanese bond yields would spook the Rupee and domestic capital markets again.

This time around however the fundamentals are a little different. The US Federal Reserve has hiked four times and has also initiated balance sheet reduction without causing a major disruption in the global financial markets (quite unlike the time when it had announced tapering of its QE program). Persistent undershoot of its inflation target despite a strengthening economy has given it the leeway to withdraw stimulus gradually. It was not until recently that when the US 10y yield broke the 2.60% mark and the US government announced a deficit widening tax reform plan that the markets became nervous about a potential threat to EM assets. Similarly on the domestic front too, the BoP situation is more comfortable, inflation is under control, a sizeable war chest has been built in the form of foreign currency reserves and the government seems committed to fiscal prudence. Again, it is only recently that a few concerns have resurfaced as crude prices have managed to sustain at elevated levels and there is some uncertainty around government’s indirect tax collections that could possibly result in fiscal slippage.

So what would it take for the current nervousness to transform into alarm and panic? The move higher in US yields from current levels could result in panic especially if accompanied or driven by certain other factors such as pick up in inflation and higher breakevens resulting in higher expectations for the terminal federal funds rate and steepening of the US yield curve. There is a significant positive correlation between US 10 year breakevens and India 10y yields. A quarterly regression run from 2006 till date gives an R-squared value of 0.39 which implies changes in US 10y breakevens explain changes in Indian 10y yields to the extent of 39%. Breakevens are spreads between the nominal yield on the 10y bond and the real US 10y TIPS (Treasury Inflation Protection Securities) yield and indicate inflation expectations. While the Federal Reserve has prepared the markets for imminent rate hikes and balance sheet reduction, the rise in inflation is something the market is not prepared for. The next few PCE (Personal Consumption Expenditure), core CPI and wage growth prints would be extremely crucial. US yield curve flatteners have been the preferred trades to bet on low inflation and positioning there seems overstretched. A slightest hint of sustainable pick up in inflation could see frantic unwinding of these trades andresult in curve steepening. Therefore it would be important to follow the 2s10s, 10s30s spread closely and also the breakevens and yield on treasury inflation protection securities (TIPS) to see how inflation expectations and real rates are evolving. The last four average hourly earnings prints have been 2.3%, 2.5%,2.7% and 2.9%.It would be interesting to see if these translate into higher inflation prints.

This is also the first time that a massive fiscal push has come at a time when the US economy is already doing well. The US government is likely to run the biggest deficit outside of a crisis period when the unemployment rate is close to record lows. (Fiscal easing is usually counter cyclical i.e. the government usually increases spending or cuts taxes to boost growth when the economy is struggling.) The sell off in US yields could get exacerbated due to higher borrowing resulting from increased spending and tax cuts. Also, this pro-cyclical fiscal easing could alter the US Federal Reserve’s reaction function and cause it to hike rates sooner than what the latest dot plot indicates. The Fed dots indicate 3 hikes in 2018 and the rates market too is expecting the same.  This could change very quickly if inflation prints surprise on the up side.

The cushion of higher FX Reserves makes the Rupee less vulnerable to outside shocks this time around. Usually a bit of risk aversion initiates FPI selling in stocks and bonds and as they withdraw money from domestic stocks and bonds, the Rupee weakens. Rupee weakness in turn starts diminishing the Dollar denominated returns of existing investors as a lot of investments areunhedged. This triggers panic and exacerbates the sell off in domestic stocks and bonds. The central bank has been intervening on both sides to keep the Rupee stable and the stability of the Rupee would comfort FPIs. Unless there is a concerted move higher in DM yields that causes all EM currencies to weaken in tandem, thereby allowing the central bank to let the Rupee move in tandem with them, it is unlikely we would see that sort of panic in domestic assets. To get early warning signs though, of a capital flight, we need to closely monitor the next few inflation prints in the US, Eurozone and Japan.

For more details , get in touch with : 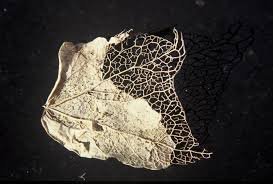