Honduras is a vibrant country, from its history and culture, to its people, cuisine and even the clothes that native Hondurans wear. Reflecting a combination of traditions from indigenous communities, the influence of neighboring countries and immigration as well as Western society, the clothing is often not that different from your own. However, in some parts of the country, you may see a completely unique style of dress.

The traditional clothing in Honduras is made by hand, typically from white fabric and sewn with colorful seams. Women may wear a sleeveless dress, usually with a cloth worn around the waist like a belt, while men wear white pants and a white shirt, also sewn with colorful designs. Some men add a hat, scarf or vest to their outfit. Traditional clothing may be worn by women from rural or indigenous communities. Otherwise, it’s usually only worn during festivals or holidays. Travelers who want to wear the clothing themselves may find it at local markets, such as the one in the Copan Ruins.

Today, you won’t see too many people wearing traditional dress in Honduras, though you may glimpse a few on your visit. This is because Western styles have taken over the country, and Hondurans have simply added their own style to it. Honduras is a conservative country that gets a lot of sun in certain regions, so many people won’t show a lot of skin and might wear long pants and a long-sleeve shirt. Near the beach or even on weekends, though, people often wear T-shirts or tank tops.

Where a person works in Honduras dictates the kind of clothing he or she wears to the job. In the larger cities, it’s common to see both male and female working professionals wearing casual business outfits, such as suits, blouses, heels, dress shoes, just as people do in urban centers around the world. Some men also wear gold chains, while women might wear fancy jewelry.

Those who work at a certain store may have a uniform or simply wear regular clothing, such as

jeans and a nice shirt. Hondurans who work on a farm or in rural areas often wear used clothing that’s likely been repaired numerous times. Men working in rural areas may wear rubber boots, while women wear flip-flops or sandals. The type of clothing you see on a person from Honduras is a sign of their socioeconomic status.

Lenca, Indians of the northern highlands of Honduras and El Salvador who are somewhat intermediate culturally between the Maya to the north and circum-Caribbean peoples such as the Kuna to the south.

The Lenca indigenous people traditionally were known for their weaving and to produce cloths that stand out for their vibrant colours. After this tradition became almost extinct, it is now being revived and young women are going back to learning how to weave and combine the patterns to produce the outstanding cloths.

Lenca weaving uses linen fibres that are dyed in bright shades of pink, lime green, yellow and blue among others. The textiles generally feature wide checks which they use for blankets, clothing, and ceremonial purposes, as did the Maya. 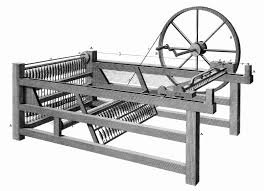