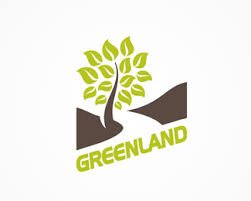 Greenland, on thinking about this country, an imaginary vision of frozen terrain devoid of trees and a dreary landscape comes to mind, but the reality is entirely different than what our imagination has crafted. The flora is as expected in south, and the weather is not always clement. But the nation is not dull due to the lacking features and the national costume is the best proof for that.

Greenland is the largest island in the world. Greenland sits in the North Atlantic Ocean with directing northeast from Canada. The island covers a total area of about 836,000 square miles (2.17 million square kilometers), or the area is about three times the area of Texas.

Present Inuit’s descendants were the one who originally settled in Greenland. They identified the island as Kalaalit Nunaat which means “land of the people” in their native language. The island was then named as “Greenland” by a Norse explorer, Eiríkur Rauðe Þorvaldsson (known today as Erik the Red). In 982 C.E, he sailed from Iceland to the Greenland and farmed in a plot of land along the southern coastline for the next few years. He returned to Iceland in 986, he thought to insist and encourage others to settle in that rugged island. With that intentions, he referred the island as “Greenland” thinking that this name would like to attract more people to settle there.

Several colonies were failed to survive in this rugged island. Greenland remained a colony of Denmark until 1953, when it received a county status. But it is still under the Danish constitution, and external affairs like defense re all managed by Denmark.

In ancient times the Inuits only wore animal hides or skins clothes made. Animals like of seal, polar bear, reindeer, foxes, rabbits and dogs were used to protect the human body from cold weather.

The National dress of Greenland is incredibly vibrant and intricate. The effects of globalization and colonialism reflected in the unique aesthetic of the National dress and the perfect reflection is brought out by combining the available Arctic raw materials. Today, Greenlanders work really hard to maintain this element of their heritage. Though there are some heated controversies going on regarding the attire’s future, one thing is for sure: The iconic Greenlandic national dress is a work of art that truly deserves the world’s attention.

Today, about 80 percent of the total Greenland’s population is of either Inuit or mixed Inuit/Danish heritage. Remaining 20% are of Danish descent, and other regions of Europe. There are differences in social customs and attitudes of the Inuit and others, but Greenlanders are united together for the land they live on.

The Inuit people wore dresses made of animal skin to protect themselves from the external weather conditions, when Icelandic Vikings first began to colonize Greenland around the 10th century. The Inuit used the skins of polar bears and seals to make clothes and boots, or kamiksto ensure higher warmth. Skins provide functional protection from the freezing cold weather.

Both men and women’s clothes, trousers and boots made up of fur but the cut and choice of animal skin was different for men and women.

The animals were captured, killed and their skin was removed. The weight, durability and appearance of the clothing varies depending on the prey.

After the arrival of the Vikings, group after group of people came to Greenland mainly to do fishing and hunting. Each arriving culture inspired changes to the iconic Greenland’s national attire.

From traditional dress to national costume

When the Europeans first visited to Greenland in the 17th and 18th centuries, they brought many articles like clothing fabrics and glass beads to trade with Greenlanders.

Inuit found them interesting and incorporated all in their dresses, specifically for festive attire. For men, the hide trousers of men were replaced by ‘holmensklæde’ a thick woolen material (for good protection) which are literally the island’s cloth, and for women the anorak was sewn in silks to wear.

The glass beads were initially used occasionally but it gradually became a product of prestige to use more and more mainly in Women’s national costume.

The national clothing for men is found to be more functional than being so decorative. Greenland men’s wear a white anorak (generally tunics) sewn of silk, satin, canvas or sometimes wool fabric. These anoraks sometime have an attached hood, may be some breast pockets, side pockets. Bottom will be a truser in black, green or blue colors and Kamiks  (boots).

For making Kamiks seal skin was used. The outfit has brought into life with beautiful embroideries in it. Seal skin leather is dyed as per the wish and cut into patterns to make an outfit. Those outfits are called as Avittat. Avittat, is more commonly found in women’s ornate dress. Men’s anoraks have hoods attached to it.

The Greenland women’s anorak goes over a blouse said to be a timmiaq. Women’s pants only reach the upper thigh region from where the kamik (boots) starts. Women’s kamiks are really long, lined for durability, wide one made of sealskin, boots accented with avittat and on the upper part there will be silk thread embroidery on it.

Yokes are crafted beautifully and adorns the wearer with glass or pearl seed beads sourced from around the world. As time passes by, the yokes have grown longer in length, and fabric was used for embellishing the attire. Certain elements of the clothing refer the wealth and prestige of the wearer for both men and women. Example, more beads in the attire means the wearer has more prestige and social status.

Fashion designers from Greenland unite the wilderness with the city to create absolutely amazing designs. They always design clothes which can be practically worn in those colder regions. Ancestor’s fashion is merged with the modern trend and clothes were made incorporating highly developed techniques in sewing animal hides.

After Europeans brought beads to Greenland and beads had become major element in their costumes. Now with the invent of new technologies, making seedbeads has become so easy. Different Fabrics like silk, satin, and canvas were then started to be used. They adorned those fabric with the colorful beads. Also, the usage of the animal skin has been regulated for limited use. The ornate floral embroidery patterns were first introduced by the Moravians to the Greenland culture. And the fabric wool Those beautiful yoke patterns were also introduced by the Norse.

Knitting, was introduced in the 1920s and they are highly being used in village of Qassiarsuk. Greenland lack the facility to spin yarn as they don’t have spinning mills. Greenland import sheep wool from Denmark. Muskox provides one variety of fiber known as qiviut. They are hand spun and used. Qiviut fiber is taken from animal’s slaughterhouse. These are produced not in huge quantity as they are not mainly raised for their fiber.

Women are highly considered to be great magicians who make beautiful attires. Kamik color shows a lady’s age and her marital status. The colors generally vary regionally. All older, married women wear blue, red, or yellow colored kamiks. Younger girls usually wear much beautiful detailly designed Kamiks with a white background. The color and style of Kamiks determine not only the age and marital status but also the region where she is from.

In West Greenland, people used to wear the multi-colored beaded collar and sealskin pants. That ensemble is called as kalaallisut. In East Greenland, there are two different versions of the national dress,

East Greenlanders wear a fabric amaat, or anorak, but in west people wear timmiaq. The East Greenlandic Kamik (boot) is made out of young seal skin.

The Thule area of far northwest Greenland, people wear pants made of fox-skin and a black sealskin collar with long white kamik boots, sometimes made of polar bear skin. The North Greenlanders style is called arnatuut.

The national clothing is a complete reflection of Country’s cultural independence. Greenland’s national attire is definitely an ethnic pride for the country. All native citizens and anyone who feels an affiliation and personal soulful connect with Greenland are allowed and encouraged to wear the special national attire without any discriminations. The national dress was worn by Young children upon their first birthday — and sometimes even earlier.

Contemporary Greenlanders usually adore themselves with their national clothing for all religious, secular, and civic special occasions. The clothing is made to worn during many ceremonies like confirmation and children’s birthdays, as well as to children on their first day at school, which are very highly important to Greenlandic families. The attire is also worn on certain festivals like Christmas, Easter, and Greenland’s National Day.