Peru officially known as the Republic of Peru is a  country in western South America with lima as its capital. It’s a mega-diverse country with population around 32 million. It shares its north border with Ecuador and Colombia, east by Brazil, southeast by Bolivia, south by Chile, and west by the Pacific Ocean. It is the 19th largest country in the world, and the third largest in South America with 1.285 million square kilometers. The countries northern tip nearly touches the equator and is having diversity in climate despite of a tropical location. With Pacific Ocean to the west and Andes mountain from North to South and Amazon basin in the east.

There are many different stories linked to the origin of the name Peru.  The name Peru is derived from a Quechua Indian (South American Indian) word implying land of abundance, a reference to the economic wealth produced by the rich and highly organized Inca civilization that ruled the region for centuries.

Another story says that the name of the country may be derived from Birú, the name of a local ruler who lived near the Bay of San Miguel, Panama City, in the early 16th century.

Peru has one of the longest histories of civilization of any country, which has many stages of cultural development.

Oldest civilizations were found around 6000 BC in coastal region of  Chilca and Paracas. Inhabitants switched from nomadic lifestyles to cultivating land, as evidenced from sites such as Jiskairumoko, Kotosh, and Huaca Prieta, for over the next three thousand years. Cultivation of plants such as corn and cotton began along with domestication of animals such as the wild ancestors of the llama, the alpaca and the guinea pig. This information was retrieved as per the paintings in the Mollepunko caves in Callalli, dated 6000 BC. Inhabitants practiced spinning, knitting of cotton and wool, basketry, and pottery. The inhabitants became sedentary and farming helped them to build settlements near the coastal region and in the Andean mountain which are near the coast in Peru. Later these civilizations started to reduce in number due to floods and droughts.

In the early 21st century, archeologists discovered new evidence of ancient pre-Ceramic complex cultures. Many discoveries were made by the archeologist which included irrigation canals, sculptures, temples. The Incas built the largest empire and dynasty of pre-Columbian America from 1438- 1532. The Inca Empire was a highly advanced society with an economy based on agriculture, pottery, metallurgy and textiles.

The Incas valued their Alpacas and Vicunas more than gold. The alpaca is a species of South American camelid descended from the vicuna. Vicuna or vicuna is one of the two wild South American camelids which live in the high alpine areas of the Andes. As Alpacas and Vicunas produced an ultra-soft fleece which was woven to produce clothing, rugs and tapestries. Throughout the empire these textiles were used as currency. The textile was highly priced that only the member from Royal family were allowed to wear it, also these textiles were given in the form of pay to the soldiers and high-ranking officials 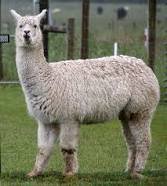 Textiles are an integrated part of Peru for almost thousands of years. Textiles were not only used as clothing and status of living but were used as sacred fabrics to bury the dead. Textiles were a predominate art form, and over the century’s weavers developed original styles, designs and techniques. Some weavers recreated some ancestral designs in contemporary form to meet the modern needs. These textile arts were labor intensive and consumed excessive amount of fabrics. The Peruvian textiles are full of bright colours as they are an important part of the Andean aesthetics and they use these bright colour as their regular clothing.

Cusco is a city in Peruvian Andes and was also the capital during the Inca Empire and its surrounding villages are the epicenter of Peru’s textile industry, with goods like alpaca and llama in high demand. The textile weavers made used of natural fiber which was obtained from alpaca, llama, and vicuna, but with the invention of the acrylic yarn in 20th century the weavers stopped using the natural fiber and replaced it with the acrylic yarn. Acrylic yarn was favoured by the weavers as it was easy to use, cheap and was available in variety of shades and thereby Alpaca and synthetic blends are less expensive compared to the original fibers. Wool of pure baby alpaca will cost more.

Acrylic yarn was invented in the early 20th century and is made from synthetic materials. In recent decades, weavers in the Andes stopped using natural fibers in favor of acrylic yarn because pre-spun acrylic yarn was cheap, easy to use, and offered brighter colors. Neon has become popular in some communities, so natural dyes have been pushed aside for chemical dyes, but the traditional more muted colors are present in natural fibers.

Today you can see a variety of textiles rendered into bags, purses and shoes to meet the trendy along with traditional textiles like the liqlla (blanket), jakima (small ribbon), and chullo (knitted men’s hat) there is a wide range of products that have flooded the Peruvian market.

Alpaca wool the most desirable wool in the world, but today alpaca fleece is of lesser quality than that produced by the ancient Inca. Alpaca is sorted by hand, separating the fiber by origin, quality, color and length of the fiber. Alpacas come in 22 natural earth tone colors, but white is preferred because it’s the easiest to dye. The fiber is further sorted by thickness, with the thinnest strands being the softest and most valuable. Finest of all is baby alpaca hair, the fleece from the first sheering of an alpaca. Out of the four million alpacas that exist, 80% live in the central and southern regions of Peru at elevations between 10,000 feet 15,000 feet, where temperatures can swing more than 50 degrees in a single day. As a result, they grow dense coats composed of fleece that’s extremely durable, with a high thermal quality. The herds are cared for by indigenous shepherds and breeders, who have passed their techniques down from generation to generation. Once a year, they shear the animals, harvesting five pounds of wool from each female and eight pounds from males, for a total of around 5,000 tons. Female villagers retain a portion to make sweaters, rugs, hats, gloves and coats using ancient weaving techniques. The excess is sold to textile manufacturers in the cities.

The progenitor of the alpaca lives in wild herds scattered across the Andes highlands. Vicuna wool is the finest and rarest natural fiber in the world. Vicuna fleece is finer than baby alpaca. One strand of vicuna wool measures between 12 microns, which is 12 thousandths of a millimeter. That is about 7 microns finer than the best cashmere! But this isn’t the only reason apparel made from vicuna wool is so coveted and expensive. One vicuna will only produce about half a kilo of wool a year, and the fibers are so fragile that they cannot be dyed or treated with any chemicals typically used in the textile industry.

Since the 1960s, an informal group of women weavers from the community of Chinchero gathered together to revive textile traditions and earn an independent income. While the males supported these women’s by selling the textile good in the tourist market.

Centro de Textiles Tradicionales del Cusco (CTTC) was founded in 1996 as a non-profit organization registered with Agencia Peruana de Cooperación Internacional (APCI) in Peru by weavers from Chinchero and their international supporters.

In each community the CTTC has built a weaving center for the associations where the weavers can gather to meet and work. The weaving centers are composed of a central grassy courtyard for weaving in good weather while the surrounding complex of buildings are used for weaving in poor weather conditions, meetings, and include space for storage and a kitchen. Each association gathers once a week in their weaving center to work and organize.

Chinchero is a district located 28 Km towards the northwest of Cusco and is surrounded by snow-capped Salkantay, Veronica, and Soray. Chinchero is also a part of the tourist circuit of the Sacred Valley.

Traditionally Chinchero weavers weave in the doble cara, or two-sided warp-faced technique. Weavers began to learn ley, or single-sided supplementary warp technique, along with new designs from other communities. Today the weavers create only the traditional textiles with traditional designs and techniques of Chinchero.

Chinchero lliklla, or traditional blankets have symmetrical wide section of designs with blue, red and/or green plain weave. In 20th century indigo dye disappeared, one of the reasons can be due to the introduction of synthetic indigo dye and weavers used black instead of natural indigo. And thereby many Chinchero blankets in the early 20th century which were plain woven using traditional blue colour were replaced with black. Today Chinchero weavers have recovered natural dyeing and weave using indigo blue, cochineal red, and ch’ilka green. Luraypu is the main design of the community and figures in the center of design strips with smaller designs to either side. Chinchero weavers are particularly proud of their unique boarder technique called nawi awapa which is simultaneous woven and sewn onto the edges of textiles. In this technique the weft of the border weaving is also the thread used to sew the border onto the textile.

Accha Alta textiles are recognized for their thin sections of plain weave and wide designs in the ley (supplementary warp) technique. Traditional textiles from Accha Alta are white and red. Common designs include patterns of lakes, which are represented as diamonds, for example, wasqa qocha, or long lakes. Accha Alta textile artists manage a number of techniques, including: backstrap weaving in the ley technique, backstrap weaving in the doble cara technique, knitting (Qhurpus knitting technique), sling braiding, rope braiding, the tubular border weaving chichilla, and the crocheted stitch known as kumpay used on the edges of textiles.

Chahuaytire is widely known for the high-quality weaving. The compact warp-faced weave, with selective colour combinations, and detail to border make finest Chahuaytire weaving in the Cusco region. Chahuaytire is a village situated above the town of Pisac.

Acopia are woven with many stripes of thin designs in doble cara, or the two-sided warp-faced technique. Every community has its own range of designs and techniques that identify and distinguish it from all others. In Acopia this design is organo q’enqo, a zig-zag pattern which are done on blankets, ponchos and belts. Cochineal red and the natural grey of sheep wool are used in the Acopia textiles.

During the Inca rule, the localities practiced the shearing ritual known as chaccu, which involved the herding of wild vicuna once every four years into stone corrals, a practice still performed in the present day in Peru. The governments have enacted further regulations in Peru, Bolivia, Argentina, and Chile, which limit the shearing of vicuna as well as require an official certification from the governments to prove its ethical production. The increased regulation aims to promote the sustainable production of the prized fibers for the economic welfare of local herders as well as protect the animal in its natural habitat. Governments have also established special wildlife reserves to protect further and monitor the vicuna.

While significant efforts have been made to protect the vicuna, poaching remains a serious concern. Conservationists hope that increased awareness of the ethical production of vicuna along with increased government regulation, will preserve the wild vicuna as well as the ancient traditions of the people of the Central Andes. 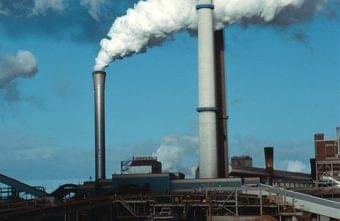 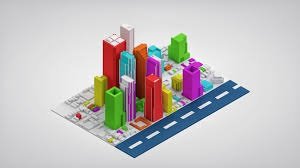