Guyana’s culture reflects the influence of African, Indian, Chinese, Portuguese, Dutch, and British cultures. Clothing or clothing is affected by the climate, profession and everyday needs, as well as by religious values, traditions and tastes. For different times, they have a code of dress. That is for school and work clothing, recreation, athletics, theatre and worship. It is necessary for people to be appropriately dressed as governmental officers to access the house.

The afro-Guyanese women wear turbans and wraps whilst the men wear turbans and dashikis. Amerindian traditionally their mode of dress for the men wear loincloth and the women wear aprons that are either made of cotton, tibisiri fiber or beads. Their colorful headdress along with leg bands, necklaces, ear and nose decorations compliment their mode of dress.

The western dress style is embraced by most people in Guyana, while others still retain their traditional dress mode. These, though, can be considered a more Western adaptation of the traditional dress of Guyana.

Stabroek Business’ own conclusion was that both male and female church goers have been particularly popular with African’costumes ‘. Guests dressed in African outfits are also attracted by exclusive African entertainment activities. Among Guyanese, the desire for African clothing seems to be more prevalent among women, and Anetha claims that it symbolises cultural assertiveness. She says that “violent marketing,” not only in the context of popularising clothes, but also in the sense of marketing cultural knowledge among African Guyanese, is required to become a viable business pursuit.

There is also the difficulty of dealing with a multi-billion dollar marketing budget on ‘good name’ western clothes and what has become the influx of Chinese clothing on the local market in recent years, leaving aside the lack of interest in African fashion.

For more than thirty-five years, Anetha, a London-based fashion enthusiast, has been part of African-oriented fashion events in both the United Kingdom and Guyana, although she points out that there has not been a very clear connection between the appeal of fashion and its greater commercialization. Her clientele was mainly older Guyanese when she first started selling clothes and fabric in Guyana in 2007. There is a greater interest among younger people in African fashion these days, she says. Anetha’s African Styles, developed at the Ocean View Hotel in 2007 and then moved to Charlotte Lane, Lacytown, was intended to act as a kind of outpost, a kind of revolutionary trading post that could potentially be consolidated by other comparable, even larger, business projects. She claims that it is not as if Guyanese clothing manufacturers and producers have totally neglected African fashion, rather that they have been pushed by the reality of the market to consider African fashion only as a comparatively small part of a much wider selection of apparel offerings. Costs are a challenge, too. We exist in an era of contrasts in the Western dress culture – high-fashion, high-priced clothes, on the one hand, and inexpensive ‘threads’ on the other. Many of the trendy apparel is made of rich, even exotic fabric, and the final product may be beyond the working person’s control no matter how identity-conscious he or she might be.

Sonia Noel [Guyana Fashion Weekend CEO] acknowledges Bob Marley as one of our culture icons by taking his idiosyncratic lyrical reggae music to the world in our style. It is now time, through our convincing style, to introduce the world to us. One of her two collections is appropriately named ‘Natural Mystic’ for GFW 5.

In 2011, another aspect is the inclusion of the prison recovery initiative’s crochet designs. Urban, easy to wear and knit styles exceed standards of the most modern silhouette. Designers from far away-Linden, Berbice, Essiquibo, Bartica-join in exalting Guyanese style with Georgetown designers, stylists, make-up artists and models. Designs incorporating leather and vegetation, appliqué, tie dye, batik, crochet and collage painting, fashion designers from milliners, designers of hats, boots and bag craftsmen have pitched in to shout trend. It’s more about garment production and apparel design; it’s about making a look, definitely a Guyanese look, but essentially a Caribbean look in addition. 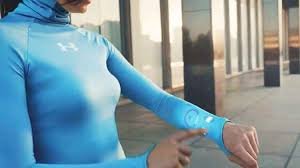 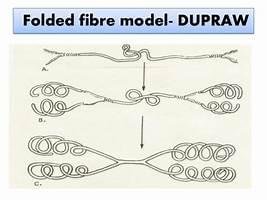