The New Jersey-based museum publicist spends $277 a month on three subscriptions, including one from New York & Company, a women’s mid-price clothing chain with hundreds of U.S.

MADRID/NEW YORK – From New York & Company, owned by RTW Retailwinds Inc., to Bloomingdale’s and Banana Republic of Gap Inc., more retailers are offering to lend out their clothing for a monthly rental rate.

Even fast-fashion stalwart H&M, with nearly 5,000 stores globally, said in August it would include a limited rental service featuring its premium-priced collection made from recycled fibers in a revamped central Stockholm store. The services cater to a growing number of people like Batitto who want to purchase just a few items and rent the rest. But the strategy comes with risks. It costs a lot to ship items back and forth, and it remains to be seen if rental clothes will cannibalize retail sales over the longer term. Fees roughly range from $50 to $160 per month to rent several items, with an option to buy at a discount. While most services are online, some stores are creating space for people to drop off, browse or collect clothing available for lease.

San Francisco-based fashion rental service Le Tote bought the operations of Lord + Taylor stores from struggling Canadian department store operator Hudson’s Bay Co last month. Inside the next nine months, it plans to build drop-off lockers and large display areas in 38 Lord + Taylor department stores. Competitor Rent the Runway has expanded its physical drop-off network over the past year with 25 points for customers to return garments in its own stores plus some WeWork locations and Nordstrom stores in the Los Angeles area. Rent the Runway can turn around an item in as little as a day, a company spokeswoman said. The company opened a 300,000 square foot fulfillment center in Texas in July in addition to its New Jersey facility to deal with increased demand.

The risk is rental services could take spend away from traditional sales in a sector where changing shopping habits and falling prices have nearly halved the percentage spend on apparel by the average U.S. consumer over the past 30 years. In addition, physical stores are struggling with online competition from players like Amazon. Year-to-date announced store closures have already exceeded the total recorded for 2018, said Coresight Research in a recent note. The U.S. garment rental market, excluding costumes, was worth $1 billion in 2018, less than 1% of the total apparel market, according to GlobalData. But it grew 24% in that year compared to 5% for the wider clothing market, data shows. That growth can come with a hefty price tag. At Le Tote, once subscribers drop off boxes containing up to 15 items of clothing, a chain of activity will start to ready items for their next assignment. Le Tote currently ships boxes to its online subscribers using USPS Priority.

Contrary to analysts’ concerns that rental could cannibalize sales, offering rental captures more revenue as consumers buy clothes in addition to their subscription, said CaaStle Chief Executive Officer Christine Hunsicker in an interview. Rental platforms buy clothing wholesale from brands, but many are introducing revenue-sharing models whereby platforms allow brands to upload items for lease and then take care of cleaning and delivery in return for a share in the revenue.

CLOTHING  MADE   OF   BAMBOO FIBRES FUTURE START UP 2017 IN APPAREL SECTOR 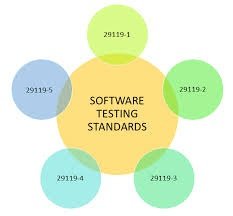