The Government of India funds TRA’s under both plan and non-plan heads . Non – plan funds are primarily to meet a part of their administrative expenses. Plan funds are for carrying out planned research projects and expenses for scientists and capital equipments required for the sanctioned projects. Prior to 1988, the government was sharing 50% of the recurring expenditure as non-plan funds and 100% funding was available for the sanctioned projects. Through various decisions , this funding pattern for TRA’s continued till 2003, when it was decided that 10% of grants released under non-plan in 2003-2004 would be reduced every year from 2004 – 2005 and in 10 years 2013-2014 onwards  no non-plan be given to TRA’s. However , due to representation from TRA’s,  in a meeting in 2009 , it was decided that non-plan assistance to TRA’s could be restored to the previous level of 2004 – 2005 for smooth working of TRA’s . This was reiterated in 2010. Since then the non-plan funds are continuing at the same level inspite of inflation and all-round  escalation in cost of living and running these organizations . The standing finance committee for the  scheme for R&D for textile industry , in December,2014  recommended a total of Rs. 50crore for the period 2014 -2015 to 2018 – 2019 with about 8 crore for 2014-2015 , Rs. 10crore for 2015 – 2016 & 2016-2017 and Rs. 11 crore for 2017 – 2018 & 2018 -2019 . This allocation is for textile industry other than jute sector for which Rs. 80 crore is earmarked for the period 2014- 2019. In addition Rs. 15 crore is allotted for green initiatives for the same five year period.

If the intention of the Ministry & the industry is to achieve textile trade of approximately US$ 350 or more  by 2020, the industry has to move up the value chain from Commodity market to high value products both for export and domestic markets. This is true all the more looking to increasing competition from less developed countries. Product / process development for textile industry is imperative and there is no alternative to R&D in this sector. If “Make in India” is to succeed, intellectual capital formation is a pre-requisite.

While multinationals in other sectors invest in R&D , Indian textile industry is yet to take a major initiatives in R&D for the industry; till such time, the government may provide core fund to TRA’s to upgrade their infrastructure and to meet their scientists salary expenditure to be on par with scientists in other sectors. Jobs in TRA’s have to be made equally lucrative as in other research establishments – both private and government . It is only then TRA’s  can be weaned away from using their physical resources for earning their salary and focus on R&D.

Product development is an important area of research because a product sells on the strength of its quality and innovative features. This cannot be achieved by individual units particularly in the decentralised sector. An amount of Rs ten crore will be required to set up requisite R and D facility to research into durable finishing for better wrinkle recovery and easy-care properties, water repellent breathable finish, moisture management technology in personal – care products, etc.

Surely, Government will be interested to promote R and D which will promote and stabilize textile industry, create lakhs of additional jobs and bring in larger quantum of foreign exchange. Culture and Textiles of Vietnam 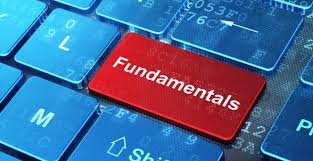 Fundamentals of Silicone and their uses in Textile