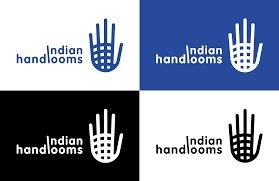 Liva, championing the cause of sustainable fashion, is supporting India’s handloom industry by making local artisans and weavers self-reliant

Handloom is a traditional weaving craft practiced by generations of artisans to create attractive textile designs. It is one of the oldest and most relevant Indian heritage industries, actively contributing to the rural community by providing multiple employment opportunities, thereby boosting the economy. The use of fabric, technology, creativity and designs has played an integral role in expressing India’s cultural ethnicity. Handloom textiles have rapidly become major lifestyle statements for both national and international consumers, carrying great potential for expansion, employment generation, and export earning opportunities.

Handloom is not only known to remunerate the Indian economy but is also socially prestigious. Earlier, handloom tradition was the most eco-friendly way of producing cloth as it was developed manually and did not consume electricity. The British India era was turned into an exporter of raw cotton, resulting in the use of machinery and complete loss of livelihood dependent on handloom. However, the introduction of the Swadeshi movement by Mahatma Gandhi, the Father of the Nation, led to the closure of mills globally and became a massive turning point in the Indian Independence Movement.

While examining the current scenario, the handloom sector faces stiff competition from cheap imports from a few international markets. Additionally, the decline in government funding and policy has resulted in increased cost of natural fibre yarn. The eco-friendly handloom industry focuses on reducing the negative environmental impact while providing sustainable employment in India.

Steadily, Liva from Birla Cellulose, part of Aditya Birla Group has understood the need to switch to sustainable technologies, slow fashion, and green products for preserving Mother Earth. The world is collectively trying to revolutionise sustainable fashion by shifting to renewable resources. Therefore, it has become imperative to implement this approach in the clothing and lifestyle industry.

Handloom, already one of the most eco-friendly mediums of manufacturing, can be modernised by understanding the customers’ growing and varied needs. Hence, there is an urgent need to educate the younger population on the importance of handloom and sustainable garments. Further, the use of natural dyes in handloom textiles has been one of the consequences of increased environmental awareness. Consumers have become more aware of the environmental impact of synthetic dyes, resulting in an increased demand for natural dyes.

At Liva, the company believes in sustainable fashion and has been championing its cause in India. Hence, it understands the significance of promoting the culture of beauty, heritage, and ritual of sustainable manufacturing. Liva is actively supporting artisans and weavers of Varanasi (UP), Chanderi (MP), Orissa, Andhra Pradesh, Telangana, and Tamil Nadu to innovate handloom sarees and associating them with category brands and partners to promote their art and help them become more self-reliant, economically. 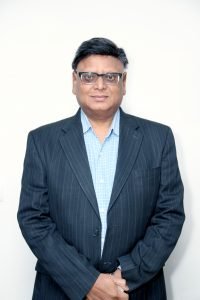 FASHIONABLY DIGITAL- BRANDS OF THE FUTURE