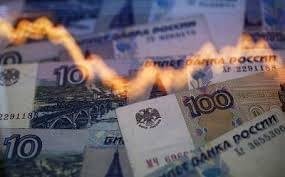 The Chinese are in the process of displacing the monopoly of the US dollar. They are dropping their US Treasury bonds, stockpiling gold reserves, and opening regional distribution banks for their own national currency. This will give them easier access to capital markets and insulate them from financial manipulation by Washington and Wall Street.

Fearing the eclipsing of the US dollar and the Bretton Woods system by a rival financial architecture the US response has been an attempt to damage the Chinese markets and increase the value of China’s currency. China has responded through regulations in the market and then quantitative easing of its currency to maintain the low prices of Chinese manufactured goods and exports.

Beijing’s quantitative easing is a reaction or response to the financial manipulation of Washington and Wall Street. Additionally, Washington never thought that the Chinese would respond by dumping US Treasury bonds.   Instead of the hysteria about the Chinese economy, the impending collapse of the US dollar should be getting all of the attention of investors, one US economist (Peter Schiff) has warned. Schiff’s voice is one of many analysts saying that the talk about the Chinese economy faltering is exaggerated and bad spirited.

As the financial architecture of the world is being altered by China and  Russia, the US dollar is gradually being neutralized as one of Washington’s weapon of choice. Even the monopoly of Washington’s Bretton Woods system formed by the International Monetary Fund (IMF) and World Bank is being directly challenged. Although they do not constitute alternatives to neoliberal economics, the BRICS News Development Bank (NDB) and Beijing’s Asian Infrastructure Investment Bank (AIIB) are challenging the Bretton Woods system through a rival financial structure.

The US Empire has been cognizant of the moves to establish a rival financial order. Policymakers in the Washington Beltway, the Pentagon, and Wall Street all watched the dual summits of the BRICS and Shanghai Cooperation Organization in the Russian city of Ufa with concern. Up to that point, they had been waging an information/propaganda, energy, financial market, currency war, and general economic war against the Russian Federation.

Banks and governments in the European Union had been considering and examining the use of China’s national currency, renminbi/yuan, as a reserve currency. This was because of the attractiveness of the stability of the renminbi as a currency. This had Washington and Wall Street worried and was one of the factors that resulted in the expansion of the currency and financial war on Russia to China.

Using speculation as a psychological weapon and market manipulation, the US launched a financial strike against the Chinese. This was done through an attempt to sink or crash the Chinese stock market and hurt investor confidence in the Chinese economy and its stocks. Beijing, however, reacted quickly by imposing controls on investment withdrawals. This prevented the snowballing of stock selloffs and defused the US financial bomb.

Beijing Liquidates its US Bonds

Push China and it will push back. The buck (or, more properly, renminbi/yuan) did not stop with the introduction of regulations by Beijing. China took steps that shocked Wall Street and put Washington on notice.

As US financial institutions began trying to hurt investor confidence in China through psychological tactics claiming that the Chinese economy was slowing down and that the Chinese market was in freefall, Beijing announced that it had bought 600 tons of gold in the span of a month and the People’s Bank of China had got rid of over 17 billion US dollars from its foreign exchange reserves. China’s foreign exchange reserves — excluding the foreign reserves of the Hong Kong Special Administrative Region and the Macau Special Administrative Region — were 3.71 trillion (37,111,430 million) US dollars in May 2015. They had dropped to 3.69 trillion (36,938,380 million) US dollars by June 2015.

The financial market webpage Zero Hedge, which had been following this development, explained what it had discovered was taking place: «We then put China’s change in FX reserves alongside the total Treasury holdings of China and its ‘anonymous’ offshore Treasury dealer Euroclear (aka ‘Belgium’) as released by TIC, and found that the dramatic relationship which we first discovered back in May, has persisted  — namely virtually the entire delta in Chinese FX reserves come via China’s US Treasury holdings».

The main point here was  that China’s US Treasury bonds are being aggressively sold, to the tune of $107 billion in Treasury sales so far in 2015. By following China’s financial transactions in Belgium, Zero Hedge had actually calculated that Beijing  had dropped 143 billion US dollars in three months. A few months later, in August, the Chinese dropped 100 billion US  dollars worth of US Treasury bonds in the span of two weeks.

A day later, on August 27,  Bloomberg corroborated what Zero Hedge had identified. A Bloomberg report explained the following: The People’s Bank of China has been offloading dollars and buying yuan to support the exchange rate, a policy that’s contributed to a $315 billion drop in its foreign-exchange reserves over the last 12 months. The $3.65 trillion stockpile will fall  by some $40 billion a month in the remainder of 2015 because of the intervention, according to the median estimate in a Bloomberg survey.

While the Bloomberg report emphasized that the Chinese were using US dollars to buy their own national currency, it casually mentioned, Strategically, it probably has been China’s intention to find the right time to lighten up its excessive accumulation of U.S. Treasuries, citing an economist at Reorient Financial Markets Limited in Hong Kong.

The Eclipsing of the US Dollar by the Chinese Renminbi

Wall Street should be worried about the economic problems at home in the US instead of trying to undermine China. The talk about the slowing down of the Chinese economy in part is distraction. It diverts attention from the decline of the US and is meant to enforce the efforts of Washington and Wall Street to rein in Beijing. The Chinese, however, continue to move forward undeterred.

Beijing selected Qatar as its first renminbi clearing house in the Middle East and North Africa for regional exchange markets there in April 2015. The name of this clearing house is the Qatar Renminbi Centre. It will circumvent US financial structures and give greater access to oil and natural gas from the Middle East and North Africa to the People’s Republic of China.

Despite the wishes of Wall Street and Washington, the Silk World Order is moving forward. A Memorandum of Understanding is signed by Texprocil and CCI to brand and trace Indian-grown cotton.