Brunei, the abode of peace is a country located on the North coast of the island of Borneo in Southeast Asia. The country is divided between the nations of Indonesia and Malaysia. Brunei’s population in ’18 was 4,28,963. The government is an actual monarchy under the Sultan, which implements a combination of English Common Law and the sharia law, as well as direct general Islamic banking.

Brunei gained its independence from the United Kingdom on 1 January 1984. Due to economic growth, Brunei transformed into an industrialized country between 1999 to 2008, with the GDP increasing 56%. The country has generated wealth from extensive petroleum and natural gas field. Brunei has the 2nd highest Human Development Index among the Southeast Asian nations, after Singapore and its classified as a developed nation. Brunei is ranked 5th in the world by the gross domestic product per capita at the purchasing power parity. The Indian Monetary Fund estimated in 2011 that Brunei was one of the 2 countries with a public debt of 0% of the national GDP.

Brunei has a mainly tropical rain-forest type of climate. The climate is hot and humid, with ample rainfall for much of the year. At high altitudes, the climate is humid subtropical, with heavy rainfall. Brunei occupies hardly 1% of the northern coast of Borneo, an island in Southeast Asia. The East Malaysian state of Sarawak surrounds and divides Brunei into two parts. Brunei has a coastline of 165 miles with the South China Sea on its northern coast. The location in the equatorial tropics and the Southeast Asian wind systems govern the climate. The equatorial location gives Brunei an equal duration of days and nights throughout the year.

Brunei has a population which consist two-thirds of Malay. This category includes not only ethnic Malays, but also a number of indigenous people. The remainder of the Brunei’s residents consists of other non-malay indigenous people. The official language of the people there is Malay, with English as a major second language. Brunei’s population is predominantly Sunni Muslim, although the Chinese usually follow Buddhism, Daoism, Confucianism, or Christianity. Some of the indigenous peoples are Christian, while others follow their own local religions.

Brunei’s trade surplus passed 193.9%. Exports of the country went to China, Japan, Singapore and India. Imports game down to 23.6, mainly because of mineral fuels, manufactured goods, miscellaneous manufactured articles and food. The highest share of imports came from Malaysia, followed by Singapore, China and Germany. Brunei is also in an agreement with the US under the “2002 Trade and Investment Framework Agreement.”

Petroleum was discovered in 1929, after several failed attempts. In the late 1926’s, 2 men smelled oil around the Seria river. In 1927, a geophysicist conducted a survey and reported about gas seepage. On 5th April, 1929 at 297 metres oil was struck. In the 1930s, oil production was increased with more developments in the oil field. By 1940, oil production was at more than 6 million barrels. The first offshore was drilled in 1957. Oil and natural gas have been the basis of Brunei’s development since the 20th century.

Brunei has the 2nd highest Human Development Index among the southeast Asian nations after Singapore. Brunei is considered as a developed country. Brunei’s small, wealthy economy is a mixture of foreign and domestic entrepreneurship, government regulation, welfare measures, and village tradition. Crude oil and natural gas production account for about 90% of its GDP. Substantial income from overseas investment supplements income from domestic production.

Education in Brunei is provided or regulated by the Government of Brunei through the Ministry of Education and the ministry of religious affairs. The former manages most of the government and private schools in the country where as the latter specifically administers government schools which provide the ugama or Islamic religious education. Although Malay is the official language of Brunei, English is the main medium of instruction in most primary and secondary schools as well as colleges and universities. Nevertheless, Malay is the medium of instruction for Malay- and Brunei-related subjects, as well as in religious primary schools.

Islam is the official religion of Brunei. Two thirds of the population, including the majority of Malays, identify them as Muslims. Other faiths practiced are Buddhist and Christians. Almost 7% of the population consist of Freethinkers, mostly Chinese. Although most of them practice some of the elements of Buddhism, Confucianism and Taoism, they prefer to present themselves as having practiced no religion officially, labelled as atheists in official censuses. Followers of indigenous religions are about 2% of the population.

The culture of Brunei is predominantly Malay which reflects its ethnicity, influencing from Islam. Malay Archipalego consisting of Malay culture influences the Bruneian culture. Islam had a very strong influence and was adopted as Brunei’s ideology and philosophy. As a Sharia country, the sale and public consumption of alcohol is banned. Non-Muslims are allowed to bring alcohol from their point of embarkation overseas in a particular quantity declared by the government. This alcohol is bought for the person’s own private consumption.

The first and one of the largest garment factories in Brunei is the Brutex manufacturing. Brutex, located near Muara town, employs over 1500 employees. It produces around 60,000 pieces of children wears per month and then export it to North America. Manufacture of apparel and textiles data was reported at 6,600 BND mn in March ’20. The coming of foreign traders like India, China and Arabia are the ones who traded goods including textiles which has given Bruneians access to imported goods through exchange with local products. The availability of textiles in the market has directly developed and changed the mode of dressing, with uncomfortable materials of traditional clothing alternated with a comfortable one.

Textile industry has played an important role as a marker of identity. The mode and pattern of dressing has been reflecting the country’s ethnic background and also other categories such as religion, gender and occupation. The determination of status is done with the important role of types of clothes worn by people and various accessories too. The manner, style and textile of clothing also reflects the social status.

In Brunei, there are different types of clothes for men for different occasions. For traditional, men prefer wearing plain black textiles The Brunei ethnic group prefers to wear plain vibrant colours while Murut (a class of people) prefer to wear the natural colour of bark for their costumes. In former time, clothing for men was not very decorative, these different styles of clothing have been introduced post World war II. Historically, the pagan inhabitants such as Murut, Belait (majority have now converted to Islam), Bisaya Dusun and other indigenous groups like Iban and Penan, all of these people had a very basic form of clothing.

In the past, Brunei people belonging to different groups were involved in the ritualised warfare of headhunting, which locally in the country was known as mengayau. Capturing the head of the enemy was the highest point of achievement. The success of this event would be celebrated upon the return of the warriors. During the festival, the warriors were dressed in loincloths, jackets and headdress. The type and color of the headdress worn were exclusive to the people in order to distinguish them from the others. The length of the loincloth used to indicate the status of the wearer.

Muslim Malay men i.e. the Brunei, Belait, Kedayan and Tutong commonly wore a tunic and a pair of long pants or/and kain tajung or a plaid designer tubular sarong. In addition, men also wear a headgear. Black sangkok (Malay velvet cap) is commonly worn as headdress especially among the Muslim Malay. Tengkolok (skullcap) has been popular among men who performed Hajj. Other ethnic groups use plain cotton cloth to tie around their head. Batik or traditional woven cloths are also used by men for ceremonial times. Sinjang, a cloth which is traditionally woven is given to men for wearing them to wear in their appointment at the royal court. Traditionally, the way in which the sinjang was worn also revealed the wearer’s social status, as well as his marital status. The length of the sinjang worn indicated the status of the wearer. The general rule was “the shorter the higher”. Thus, wearing a shorter length of sinjang – about six inches above the knees- indicated the wearer may be from the core nobility. The central design of the sinjang is placed at the back for bachelors, but if the center is positioned slightly towards the right, this indicated that the wearer has already married.

When the British Resident was in power in Brunei, the modern system of governing was implemented. Western clothing had become popular among the office workers, and more formal attire was eventually adopted especially among the local “elite”. Western-style shirt and trousers are commonly worn for working and everyday attire especially for such people working in the public and private sectors regardless of their ethnic background.

Due to diverse ethnic backgrounds, there was difference in the types of clothes worn by Muslim and Non-Muslim female. Muslim female needs to follow the Islamic dress code i.e. cover their whole body except hands and face. The clothes are made out of cotton extensively for everyday wear clothes, whereas materials like silk and velvet are preferred for formal occasions. The standard costume for women consisted of sarong, skirt and blouse. This type of clothes was worn by majority of women for their everyday activities outside their home, which are from working fields to attending festivals. The common type of blouse is combined with a batik sarong, locally known as kain selendang.

For festive and ceremonial purposes, clothes worn by women are decorated with embroidery, beads, sequins and hollowed silver ornaments filled with small pellets. During festive occasions such as weddings, the bride and bridesmaid usually wear golden or silver head ornaments. Among females, kebaya which is a female tunic with a front opening and loose blouse and batik sarong were also commonly won.

The western style has not only been adapted by the male but also by the female. In the past, western and masculine’s styles of clothing was not acceptable by women but now those times are long gone. For casual wear, a woman in Brunei now wears a T-shirt, trousers or skirts whatever is available in the fashion department stores. The fashion may vary among different groups and females but the simple and practical themes in clothing’s are favored. Other forms of head ornaments are available. Modern styles of hair band, ribbons and assorted clips are also used for head decoration. Hats and sport caps are also used by women according to the occasions. The headscarf is adopted as a part of the woman’s uniform especially in public schools and government departments. 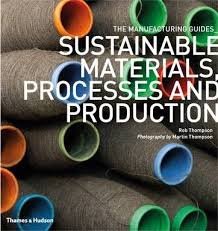