Textile for Defense Forces is a very small part of overall budget of above mentioned figures of 1600 billion USD.  Estimates are textile for defense forces may have approx. 2% to 3% share of above mentioned figures which makes it more than 30 billion USD. It is very difficult to ascertain exact figures as information is not freely available and various defense forces are very secretive about parting their figures.   Similarly manufactures are also not providing exact figures because of their non-disclosure agreements.

The United States Armed Forces Defense Supply Center-Philadelphia purchasing division for the Department of Defense estimates that over 8,000 different textile items are purchased annually for us by the U.S. military, and this figure actually rises to over 30,000 line items when individual sizes are factored into the item mix.

Some of the main item required by the armed forces are as under : The Primary area for Protection

The primary area for protection for all conditions main includes ballerstics, chemicals, biological, reductions through noises and visual devices, flame fire, thermal insects and micro organism.  In addition to this the gear must have properties for high resistance to sun water replants’ durability, high abrasion, and resistance, tear resistance and should have good air permeability.  Certain fabrics are developed as per the operation requirements, certain fabrics are developed which are resistive to petroleum products and lubricants.

Development of these fabrics will required very high research and capabilities and very high level of challenges, professional ability and completing the task in time to meet the challenge and operation requirements.

Major protections can be classified in following categories :

The color Red was the uniform color adopted by the first permanent regiment of the British Army, the Yeoman of the Guard, the Beefeaters, during the ruling of Henry VIII. In 1645 this color was adopted when the first permanent army was raised. Red was used in order to hide blood stains. Rather, every army adopted certain colors as their national colors. French soldiers tended to wear blue; Russians wore green; British wore red.

It was not until the late 1800s that a Khaki uniform was issued, the British Army finally realizing that drab colored uniforms provided better camouflage.

Once again, tactics continued to lag behind during First World War convinced authorities that there was a requirement to seek cover and remain hidden as opposed to standing up in battle formations.

Camouflage Fabrics have been existed for more than 75 years and has become very popular since 1990, after the operations desert storm in Middle East by US Forces with NATO Alliances.

Today most the armed forces including army, navy, air force and Para military forces are using camouflage fabrics.   As the fabric increased the safety factor of individual, solider and nature of the fabric improve the comfort level and also the roughness.

A Fashion Yarn in a ‘Made in India’ Fabric 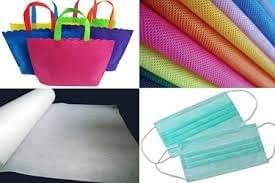 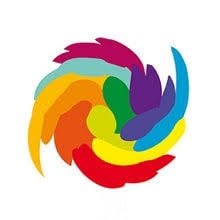 Culture and Textiles of Ireland